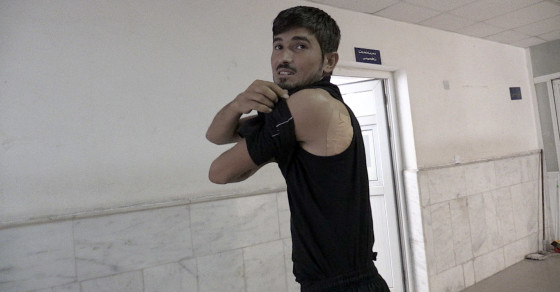 How One Man Survived an ISIS Massacre
By Balint Szlanko

How One Man Survived an ISIS Massacre 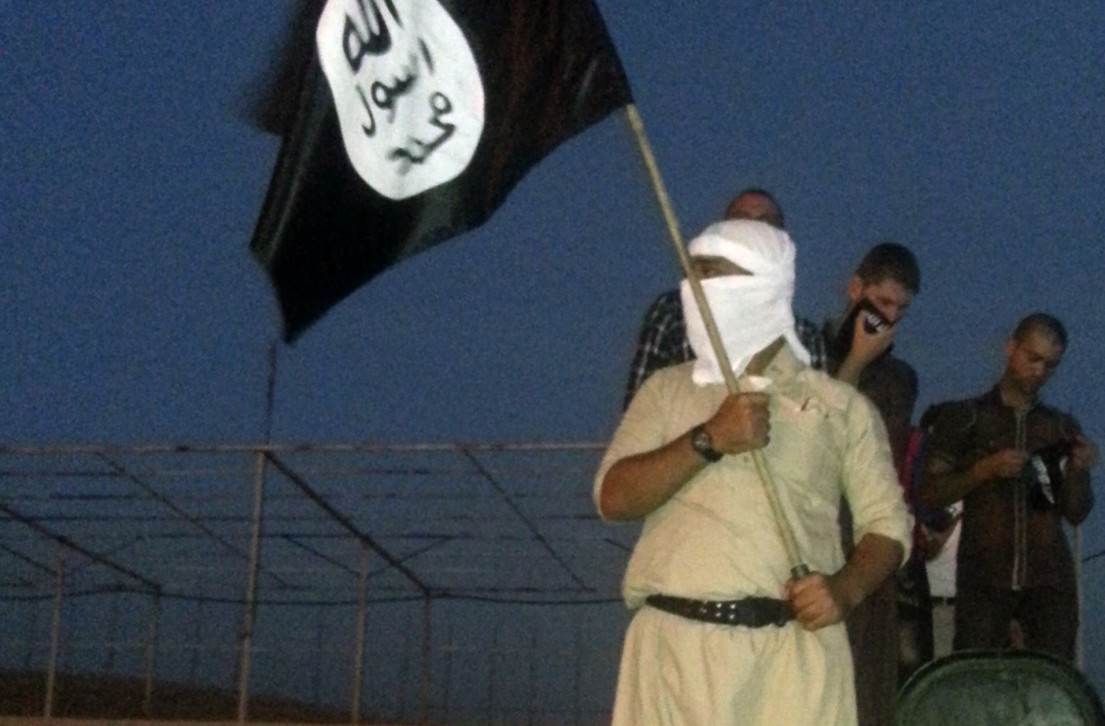 ZAKHO, IRAQI KURDISTAN—Said Murat knew something was wrong when the ISIS militants who had taken control of his Kurdistan village ordered people into male and female groups. But he really got scared when the pickup trucks that were supposed to take them to nearby Mount Sinjar were instead driven to an irrigation pool at the edge of the village.

Said Murat, one of the survivors of a massacre in the Kurdistan village of Kocho, where ISIS militants allegedly murdered hundreds of Yazidi men in August.

“They had gathered us once and they told us to convert to Islam,” he tells me two weeks later in a hospital in the northern Iraqi town of Zakho. “But when we refused, they said there was no problem and we wouldn’t be harmed.”

But the militants were lying. After Kurdish forces, running out of ammunition, withdrew from the Sinjar area in the beginning of August, fighters with the extremist Islamic State, commonly called ISIS, moved in to take control of the minority Yazidi villages. They came with a plan of extermination.

“On Aug. 15 they informed us that we would be transported to Mount Sinjar by cars,” says the 22-year-old from the village of Kocho. “We said fine. They gathered us in the school building and ordered us to separate into two groups: women and men over the age of 12. The men were driven away in two trucks, group by group.”

Said Murat was in a group of about 30 men. “They took us to the northwestern edge of the village where there were some irrigation pools that were used by the nearby farms,” he recalls. “These pools had no water in them at the time. They ordered us to get into them and lie down, and then between 10 to 12 fighters opened fire at us.”

Said Murat took one bullet in his upper body, one in the hip and another in his left knee. Miraculously, he survived. His doctor, who later showed me an X-ray photograph with a machine gun bullet still visible in his chest, says that two of his wounds had come from bullet fragments, and the one that penetrated his torso must have gone through another body before it hit him. That explains why he wasn’t killed.

“He is very lucky,” the doctor says, smiling.

A doctor holds up an X-ray of Said Murat's upper body showing a bullet embedded in his chest.

Said Murat wasn’t only lucky. He was also strong. Realizing he was still alive, he waited for the militants to drive away in their trucks before he climbed out from under a pile of bodies. Then he walked to a nearby house where a family—Kurds like him, albeit Muslims, not Yazidi—dressed his wounds and gave him water. When night fell, he set off on what he says was a 20-mile trek to Mount Sinjar, where he thought he would find his people.

“Sinjar is very high, very steep. With every step I made, I was bleeding from my knee and it was very painful,” he recalls.

Around dawn, he reached the mountain, where up to 30,000 Yazidi had fled attacks by ISIS militants. There he found Kurdish fighters who took care of his wounds. Eventually, he made his way to the hospital in Zakho, where he has been recuperating ever since. Amazingly enough, one of his 11 brothers survived a separate execution and escaped with only an arm injury. Four others managed to flee before the militants descended upon their village. The rest of his brothers are still missing.

Kurds by ethnicity and language, the Yazidi follow an ancient religion that has its roots in Zoroastrianism with elements from Islam and Christianity. A few hundred thousand of them live on the plains of Niniveh in northern Iraq. They have suffered massacres before, most recently during the height of the Iraq War in 2007, when nearly 800 of them were killed in a series of bomb attacks by Sunni extremists, who view the Yazidi as devil worshippers.

After he climbed out from under a pile of bodies, Murat says he walked 20 miles to safety, despite his injuries.

Said Murat finds it difficult to make sense of what happened to him. As we talk, he pauses for long periods between sentences. Perhaps most shocking, he says, is the fact that none of his executioners wore masks, so he recognized some of them. They were Arabs from neighboring villages.

“It is our own neighbors who did this to us. Why? We never attacked them, never insulted them, never done nothing wrong to them. They betrayed us.” When they were taken to the pools to be shot, “we tried to plead with them, ask them why and tell them not to do it,” he says, shaking his head in disbelief. “But they didn’t listen. They just opened fire.”

There have been persistent accusations by displaced Kurds here that local Arabs have aided or joined ISIS in areas where the militants have taken over in recent weeks, but the exact extent of their involvement is hard to map. Stories of Arabs helping their Kurdish neighbors have also emerged. But it seems indisputable that the ethnic distrust between Kurds and Arabs, which goes back decades, has played a crucial role in the conflict here.

“They hate us because we are Kurds, because we are Yazidi,” he concludes. “They asked us to convert to Islam but we refused. And so they decided to kill us.”  According to a recent report by Amnesty International, ISIS has executed hundreds of Yazidi men in the Sinjar area since the beginning of August in what amounts to a systematic campaign of ethnic cleansing. Thousands more Yazidis are missing, including women who are thought to be kept as sex slaves. Some of them have been in touch with relatives by phone, saying the militants have been moving around with them, most likely in Iraq.

Two displaced Yazidi girls sit on a wall at a building site in the northern Iraqi town of Zakho. Tens of thousands of Yazidi fled to Iraqi Kurdistan after ISIS militants took over their villages on the northern Nineveh plains.

The displaced Yazidi I spoke to in the town of Zakho—thousands of them are living in camps, building sites and parks—all pleaded with me to tell the story of their missing families so that perhaps they can still be saved. “We want our families to be rescued from [ISIS],” Said Murat says. “They humiliated them. They insulted them. They have been dragging them around with them.”

Echoing many of his people, he says he had no intention of ever going back to Kocho. “Why should I? Nobody is left from my family. The women are gone. There is no reason for me to go back.”

He sits quietly for a moment. “Maybe someday if we can get help, we can take revenge for our loss.”