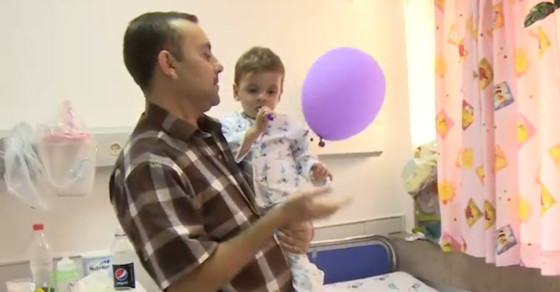 Heart Surgery Saved This Child From an ISIS Beheading 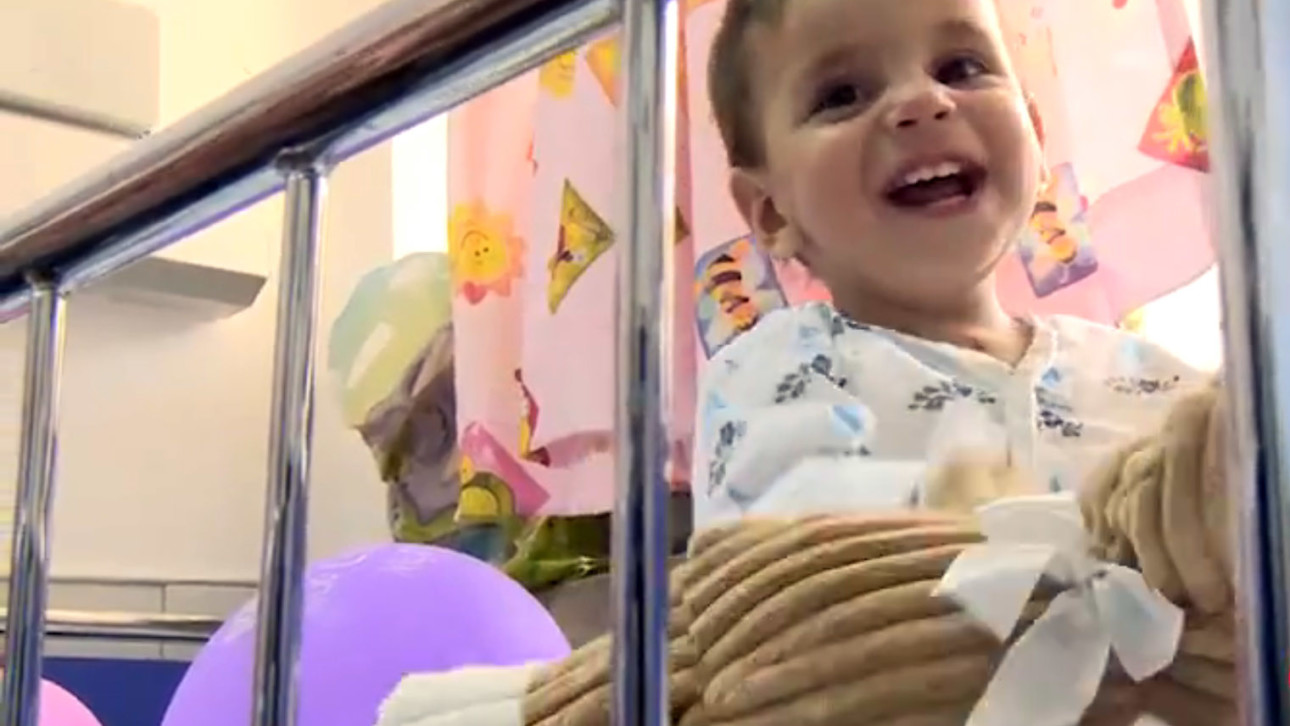 At just one year and five months old, little Abu Wissam has already cheated death twice. Born with congenital heart problems, he was lucky enough to get crucial heart surgery in Israel. And while the surgery was temporarily delayed, that in itself was a blessing. It meant that Abu and his father were far from home in August when ISIS militants came to slaughter their Yazidi neighbors and relatives in Sinjar, northern Iraq.

Perched on his son’s hospital bed and watching him play after the surgery, Kheidr Wissam says he doesn’t know if he and Abu will ever return home.

“I spent a year going from doctor to doctor in Iraq, trying to get treatment,” Kheidr says. Finally, a doctor referred him to Save a Child’s Heart, an Israeli humanitarian organization that provides free heart surgery to children from all over the world. More than 300 Iraqi children have been treated since the organization’s founding.

Kheidr sold his car, bought a plane ticket and came with his son to Wolfson hospital in Holon, on the outskirts of Tel Aviv, where they waited for the surgery as the war between Gaza and Israel raged on and increasingly worrying news emerged from Iraq.

Watch more video from the Staff Picks channel on Frequency

Abu was operated on free of charge by an Israeli surgeon, Dr. Lior Sasson, whose family also originates from Iraq. Many Israelis have roots in Iraq. Following the establishment of Israel in 1948 and the subsequent backlash from surrounding countries, thousands of Iraqi Jews were forced to flee and seek refuge elsewhere, including Israel. Now it’s ISIS forcing minorities to flee.

“ISIS treats the Yazidis like Jews,” Kheidr says. “Some people want to come here [to Israel]. Maybe Israeli soldiers will protect them and not leave them in ISIS’ hands.”

The Yazidis, a monotheistic religious group, have been based in northern Iraq for thousands of years. They number approximately 500,000 people. Many of their neighbors, however, consider them “devil worshippers” because of differing interpretations of the story concerning the Yazidi archangel, Malek Taus, considered by some Muslims to be Satan.

“The situation was bad even before,” says Kheidr, referring to the time before ISIS launched a takeover of parts of northern Iraq. “ISIS arrived before. They hid and they weren’t seen in public.”

ISIS militants took over the Yazidi-majority town of Sinjar in August and started a massacre of the locals in a bid to rid the region of non-Muslims.

When he heard about ISIS approaching the Sinjar area, Abu made an urgent call home. “I felt like I was on fire,” he says. “I wanted to know about my family. I wanted to go back.”

When he got through, his message was unequivocal. “I told them to run with the clothes on their backs,” he says.

His wife and five small children, aged from 8 years to 3 months old, all scrambled to flee with Kheidr’s brother and his family. Along with thousands of others, they ran to the Sinjar mountain, where the ISIS forces soon besieged them. American and British planes later dropped food parcels to the stranded Yazidis.

“My family lived on the mountain for seven days,” Kheidr says. “My 4-year-old girl walked though the mountains. They ran without anything. They took only the clothes they were wearing.”

After a week, the family managed to escape through to the Kurdish region of Turkey, where they are now refugees. “They aren’t safe, but alive,” Kheidr says. “Services like food and water are zero. They live under bridges, under the trees.”

Kheidr’s sister panicked and fled to Syria and has not been heard from since. He recalls horror stories about those who did not escape in time. Just before fleeing, his brother’s family saw their neighbors stepping out of their house to buy some rice and bread. As they did so, he says, they were accosted by ISIS and beheaded on the spot.

Relatives of girls taken captive by ISIS say that daughters are begging their parents to smuggle poison pills to them so they can commit suicide rather than be raped by ISIS, according to Kheidr.

With relatives in Germany, Kheidr dreams of making his new home there, if he and his son can obtain refugee status. “My family has been in Iraq for so many years,” he says, saying that the roots go back generations.

But the local authorities, he says, betrayed the Yazidis. “Sinjar was sold to ISIS—kids, women, they sold them all.”

Meanwhile, according to recent reports, hundreds of Yazidis are said to be still stranded on Mount Sinjar without food or water.

“My pillow is a small rock, and my bed is crumpling ground where there is no water, no food, no single cigarette to smoke,” Abu Sulaiman, describing the situation on the mountain, told The Guardian. “Sometimes my brother would get me a piece of bread, but I’m too ill and have no appetite to eat. I just want to be lifted out of here.”