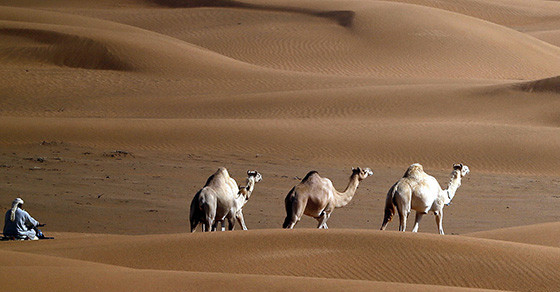 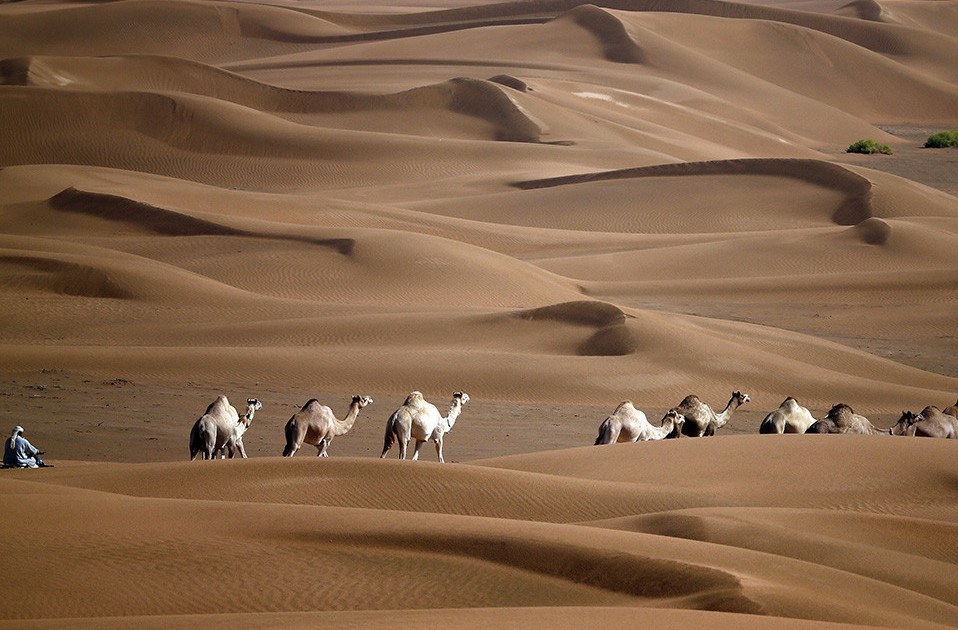 ERBIL, IRAQ—In a small clinic some 20 miles west of this city, roughly 50 patients sit in a waiting room, hoping for a miracle cure. Their ailments range from upset stomachs to infertility. A few have braved the most dangerous parts of this war-torn country, while others have traveled here all the way from Europe.

Mala Ali Kalak at his clinic in a village outside of Erbil. Patients come from all over Iraq to for his cures.

The man they’re waiting to see, however, isn’t a doctor. His name is Mala Ali Kalak, and he’s a 43-year-old teacher turned Islamic healer.

In recent years, Kalak has gained a loyal YouTube audience and thousands of followers who believe in his unorthodox methods—among them, drinking camel urine for its alleged medicinal benefits.

Kalak is far from the first guru—in Iraq and elsewhere—to advocate such unconventional remedies. But perhaps because of his loyal following on both the Internet and television, he’s raised the ire of doctors living in the area who say he may be causing health problems.

Patients waiting for Kalak's cures. Among his remedies: praying over them and chasing out the devil.

Kalak, however, denies the charges. He says he’s helping people, that he’s a man of God who found his mission in life nearly two decades ago when he saw the Prophet Muhammad in a dream.

Many of his patients are true believers. On any given day, the Mullah doles out herbal remedies, like garlic seeds and honey, to dozens of sick and needy people. Appointments are free, but patients are encouraged to buy his books and DVDs, which cost anywhere from 86 cents to $10. He also does phone and Internet consultations and directs his patients to buy products from his pharmacy in town.

When I meet him in his office one morning, he’s wearing a white robe and eyeliner while an admiring crowd of 20 watches him recite the Quran to a woman who’s suffering from depression. Her knees buckle and her husband has to hold her up.

Kalak's various certificates. He says he has the legal right to practice his healing methods.

Kalak knows how to command a room. His patients treat him like a celebrity, lining up to take photos with him. His office is decorated with plastic flower arrangements and framed certificates, which he says legally allow him to practice his healing methods.

One of his patients, who asked to be called Amina, says she has breast cancer. Her doctor told her she only has a few months to live, but she doesn’t want to give up. So for three days, she traveled through parts of the country controlled by the Islamic State (ISIS), the world’s most notorious jihadi group, to see the Mullah and his miracles.

Kalak advises her to drink a small glass of camel milk and camel urine three times a day, half an hour before meal times. The preacher says camel urine works as a cure for cancer, that it’s full of healthy vitamins and proteins. The ISIS advance through parts of Iraq and Syria, however, has cut off supply lines for camel products that Kalak sells at his pharmacy. So Amina and her family decide to return home and buy the milk and urine locally.

Kalak's speaking to patients in his office.

Doctors living in the area don’t believe that Kalak’s camel remedies are helpful. Quite the opposite. Fatah Atroshi is a Kurdish physician working in Sweden. He also spends time in the Kurdish parts of Iraq, helping to run a free clinic in a camp for displaced people. “There is no evidence of camel urine and milk being a cure for breast cancer,” he says.

In fact, many doctors think camels are a likely source of Middle East Respiratory Syndrome, a virus that has caused more than 300 deaths globally since an outbreak emerged in 2012. “There is strong evidence suggesting that camels work as a reservoir for the virus,” Atroshi says.

The virus can also spread from person to person, so doctors aren’t positive that camels are the source. But this year, the World Health Organization warned high risk patients to avoid, “contact with camels, drinking raw camel milk or camel urine, or eating meat that has not been properly cooked,” until more is understood about the disease.

Kalak writes a prescription for a patient in his clinic.

Kalak strongly denies there’s any risk in drinking camel’s milk or urine. As he notes, the Prophet Muhammad praised both for their medicinal qualities, and in parts of the Middle East, they’ve long been used as traditional remedies for various illnesses. In fact, some Saudi researchers say that camel urine could perhaps be used as a treatment for modern diseases, even some forms of cancer.

Many of Kalak’s treatments, however, aren’t exactly scientific. One of his patients that morning is a depressed young Kurdish woman who has traveled here from Germany. She screams and cries as he prays with his hand placed on her head. He tells the crowd that she’s possessed by a male ghost and sends her to the next room to have her feet whacked. A little while later she is back in Kalak’s office, chatting calmly with her father. Kalak says that the feet are connected to the brain, so hitting the soles will help get rid of the spirit.

Kalak's cures include marigold cream, honey, holy water and prayer. He sees several dozen patients each day in his clinic in a village outside of Erbil in Iraqi Kurdistan.

At the end of a busy morning session, I meet Fariden Muhammed, who came to see Kalak after developing stomach pain. He bought one of his books, and I ask him if he thinks it’s worth it. “If it cures me,” he says, smiling, “then definitely.”