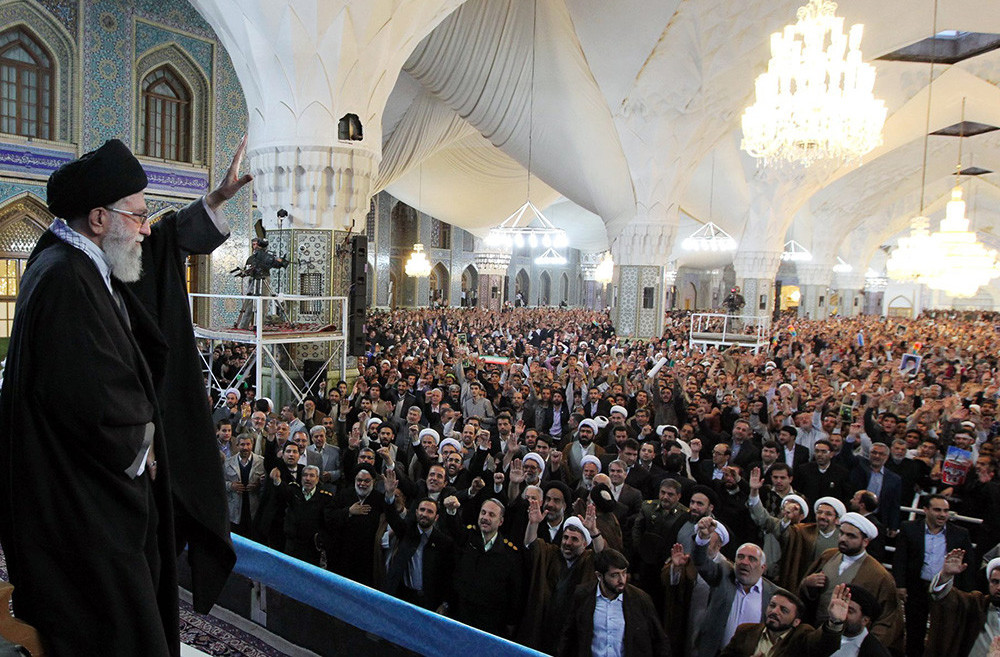 While Iran’s historic deal with the West over its disputed nuclear program made headlines earlier this week, another significant move by the Islamic Republic has flown somewhat under the radar: Iran is considering lifting its ban on Facebook.

Iran’s FARS news agency reported on its Farsi language site Monday that an aide to President Hassan Rouhani met with the six-member High Council of Cyberspace—yes, that’s the real name—last week to discuss the possibility of allowing “open access to Facebook for Internet users” in the country. A conservative member of parliament, Fatemeh Rahbar, told FARS that she opposed the move and planned to bring it up for debate.

Tweet to us: How do you feel about the nuclear deal?

President Rouhani, considered a more moderate voice after eight years under hard-liner President Mahmoud Ahmadinejad, pledged during his campaign this year to ease some of the country’s notorious censorship laws aimed at keeping Western ideas out of circulation. Twitter and Facebook are among at least 5 million sites that are blocked by Iran’s cyberspace council.

But that hasn’t stopped the country’s top officials and ayatollahs, including Supreme Leader Ali Hosseini Khamenei, from using Facebook, Twitter and scores of other social media sites.

“This was something that was being discussed before Rouhani,” says Fakhrolmolouk Haghani, PhD, a professor of comparative culture and history in Iran and the Middle East at Rutgers University in New Jersey. “[The government] can’t reject or ignore the Internet, and they know it’s not going away. They are using it themselves. But they just want to make sure that it won’t be used to create or grow values that are harmful for the regime or to the values of the Islamic government.”

Haghani says she expects any easing of restrictions on social media to come with a heavy set of controls.

“Iran doesn’t want to close Facebook, and they do want to create the space to expand it. The discussion now is how to create the form of the Internet that works for the country,” she says.

But for his part, President Rouhani has pledged what sounds like open access to some areas of the web.

In a Twitter conversation with site co-founder Jack Dorsey last month, Rouhani, an active Twitter user, again promised to roll back some of the country’s restrictions on Internet communications.

“Evening, @Jack. As I told @camanpour, my efforts geared 2 ensure my ppl’ll comfortably b able 2 access all info globally as is their #right,” Rouhani replied.

Evening, @Jack. As I told @camanpour, my efforts geared 2 ensure my ppl'll comfortably b able 2 access all info globally as is their #right.

The timing of the possible Facebook reprieve comes days after a landmark deal between Iran and six world powers that gives Tehran six months to allow increased U.N. access to its nuclear sites and requires it to keep uranium enrichment at a level too low for use in weapons. In exchange, Iran will see an easing of international sanctions that have crippled the economy and led to shortages of certain goods and medicines.

The deal has been described as a trust-building measure with the West, but also as a possible manipulation of U.S. and European powers by Tehran, as it seeks to improve its economy and restart the flow of goods and money after years of isolation.

Professor Haghani takes issue with the description of Iran as “isolated,” saying the country has maintained strong ties to China, Africa and Latin America.

She also thinks that both discussions over Facebook and the nuclear pact are part of a wider conversation.

“I see that all of this, it’s a positive step towards opening a space for dialogue, which is needed after years of this kind of rejection of each other,” she says. “Where it will go, I don’t know going forward. But both sides should take this step as welcome and use it as an opportunity that can open up not only social issues in Iran, but in America as well.”