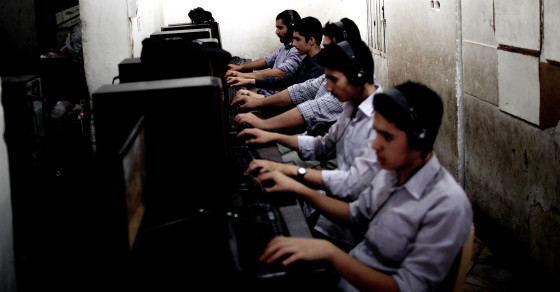 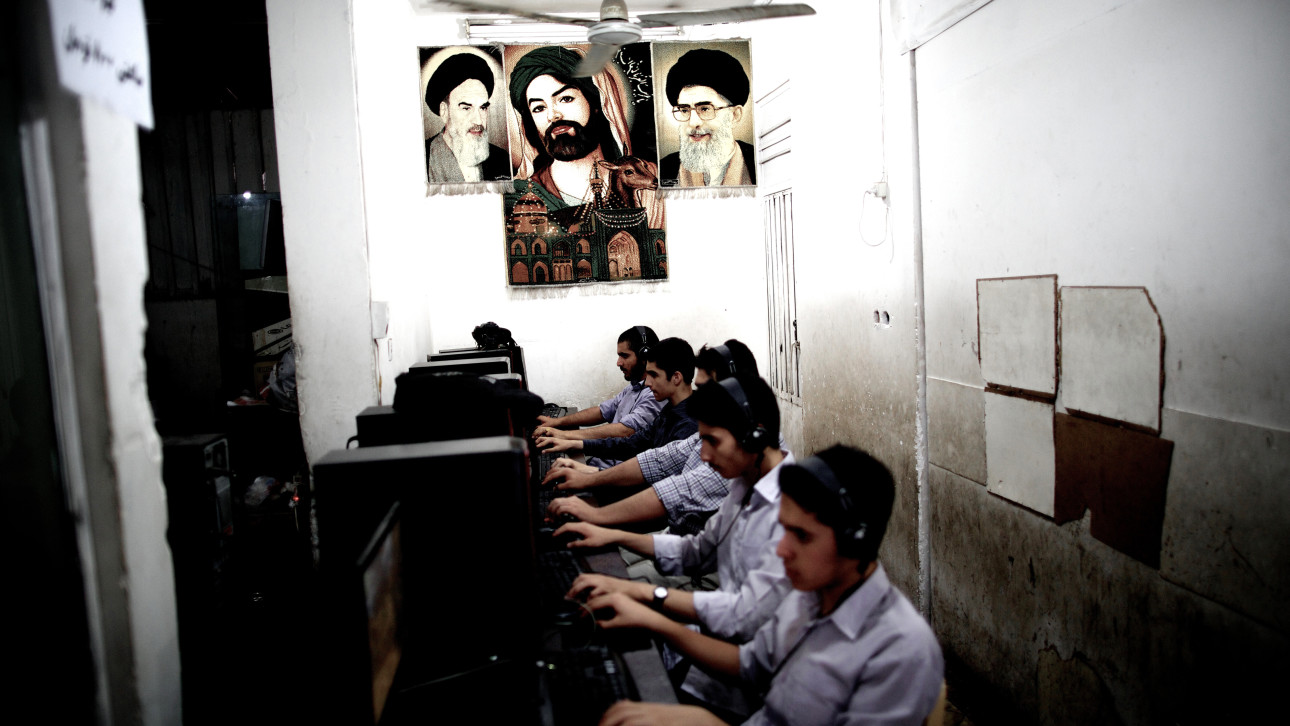 Take any product or service in high demand, make it illegal, and what happens? You create a shadow economy. In most countries, these subversive markets handle transactions for commodities like sex, drugs or pirated media. But in Iran, one of the world’s most aggressive censors of the Internet, black market players deal in bandwidth, too.

These rogue techies help ordinary Iranians circumvent government bans on all types of sites, from art to news to social media. They also provide web surfers with faster connections, since the legitimate Internet can be accessed only at the government-mandated speed limit of 128 Kbps, just twice as fast as dial-up, and about 50 times slower than a typical U.S. broadband connection.

Seeking to better understand how Iran’s illegal bandwidth market works, Vocativ caught up with an Iranian phone company employee, Hamid, who moonlights as one of the country’s unofficial gatekeepers of the Internet.

Iranians use computers at a cybercafe in the center of Tehran on May 14, 2013.
(AFP/Getty Images/Atta Kenare)

Hamid makes money by selling access to proxies that stamp a new, foreign IP address on whatever machine communicates with his servers. And since the government targets only local IP addresses, users employing Hamid’s proxy are free to surf the web as they please. However, as Iran’s censors constantly comb the net for sites like his, he has to switch hosts every month or so to stay ahead of the authorities.

To cover his hosting costs and supplement the income from his day job, Hamid charges 15, 40 or 400 Iranian rials for a week, month or year of access, respectively. At current conversion rates, that’s approximately .0006, .002, and .02 U.S. dollars. Yet these minuscule sums reflect Iran’s isolation from the international financial system, not the true value of Hamid’s wages in Iran. With a customer base that fluctuates between 1,000 and 2,000 people, and an annual haul of roughly 60 million rials, Hamid is able to live well. “I’m able to lead a lifestyle at 34 that many wish they could have,” he crows.

Fortunately for Hamid, he’s able to enjoy the spoils of his trade without the strong sense of insecurity common among most businessmen who operate outside the law. “If I get caught, I might face some difficulties with the government, but nothing too serious—mostly just fines,” he says. He can also take comfort in the fact that many Iranian government officials regularly access banned sites like Facebook and Twitter, where ironically, Iranian officialdom has a presence. “I am not scared because the government is doing the same thing I am doing.”

The only existential threat facing Hamid is the prospect of a free and open Internet. This past January, Iranian Culture Minister Ali Jannati harped on the futility of the government’s censorship efforts, noting that 4 million Iranians already use Facebook. Jannati even hinted at lifting the ban on the site sooner rather than later, calling attempts to continue the ban “ridiculous.”

When we raised this issue with Hamid, he seemed unperturbed. He believes that Iranians would still use his proxies if the government stopped filtering: “They do not trust the government and know that without a proxy, the government would hack into their accounts and monitor their activity. That’s why people prefer to pay money to get a filter breaker in order to have a safe access to their social media accounts.”