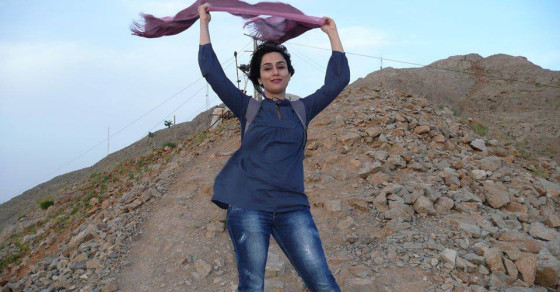 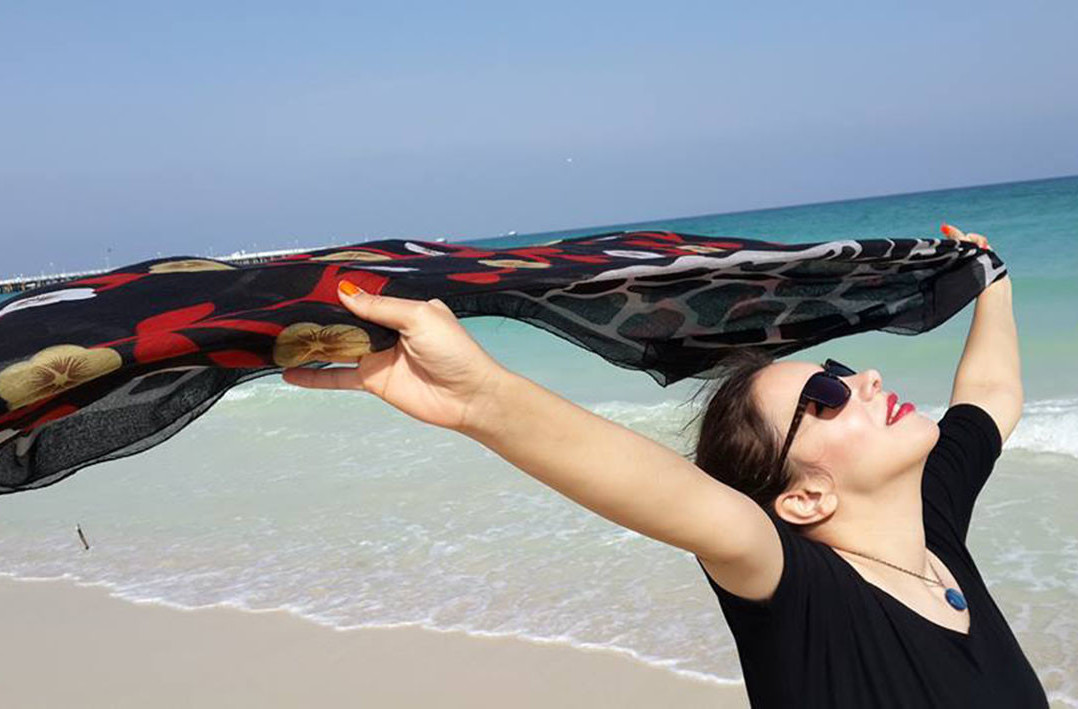 In some ways, the social police in Iran have become less suffocating in recent decades. Unmarried men and women now date, and sometimes even live together. Meanwhile, Facebook may be illegal, but the government generally ignores the 4 million Iranians who use it regularly.

But one area where the government has been unyielding is with the dress code for women. They are required to dress “modestly,” which includes always wearing a veil. If they remove their veils in public, they can receive 70 lashes or 60 days in prison.

Now some Iranian women are challenging that rule in a particularly in-your-face way. They have taken to Facebook to post photos of themselves veil-less. Instead of wearing the veils, they’re wrapping them around their necks, holding them up or flying them like ceremonial flags. The veils are everywhere except where the government says they’re supposed to be—on women’s heads, covering their hair.

THIS LADY IS IRAN'S HEADDRESS HEROINE

This is the photo which started it all, one woman who threw off her headdress and invited others to join her.

A Facebook post earlier this month from liberal Iranian journalist Masih Alinejad sparked the movement, which has grown under the hashtag #آزادی‌یواشکی (translation: #stealthfreedom). It has spawned a Facebook page of its own, which gathered over 30,000 likes in its first five days.

The movement’s creator, Alinejad, lives in exile in the United Kingdom, where she works for OnTen, a satirical news show that’s broadcast into Iran by Voice of America’s Persian Service. “I just asked women to send selfies of their private moments of freedom,” she says. “When I was in Iran, I would take my head scarf off when I was out in a field or some place private, and I wondered how many Iranian women [did the same]. Apparently a lot.”

Many of these women have added poignant commentary. “I always take off the hijab whenever I can because it was never my choice to put it on,” says one Facebook user who also posted a photo.

Another recounts a run-in with the moral police, the Basij: “My mother hadn’t worn the veil until the early 1980s when she was threatened by a member of Basij. He aimed a rifle at her. …My grandfather suggests that we shouldn’t sit in front of him with veil on. It depresses him. …My generation has not been able to enjoy life, and I’ve been asked, ‘Aren’t you bored?'”

This isn’t the first time Iranian women have protested the veil in public or on social media, but it’s the most direct challenge yet. Women have been subtly defying the veil mandate since former Iranian President Mohammad Khatami came to power 1997 by draping the veil loosely over their buns and exposing the hair near their faces.

Since then, the loose veil has become the standard among young, liberal Iranian women. Even Iranian designers dress their models in this fashion, like in this photo:

Since sparking the movement, Alinejad has faced criticism and pressure from the Iranian right. Conservatives even launched a pro-veil protest on Wednesday. She says she has been “attacked by hardline conservative news agencies inside Iran” and that government-affiliated Fars News has called her “anti-revolutionary.”

She also says she hasn’t received any political backing from the left: “No political figure inside Iran has called for any reform of the hijab laws. Ironically, Iranian women have overwhelmingly voted for the most liberal candidates who promise less restrictions, but in reality the restrictions are rarely eased.”

Why Mother’s Day Might Get Voted Out of Ukraine

Soy Sauce May Contain a New Treatment for HIV