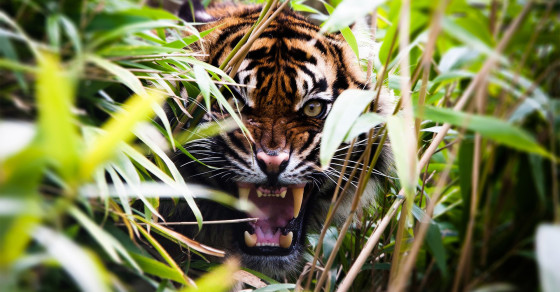 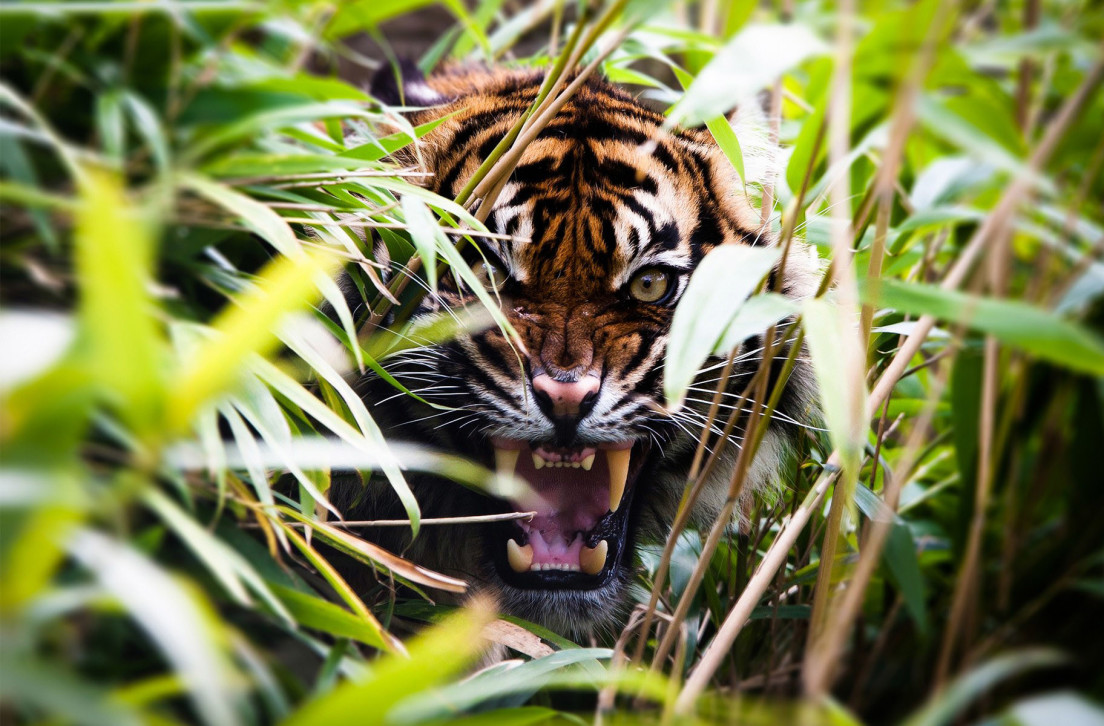 For the past two months, northern India has been in the grip of panic. Indian newspapers have been obsessed with the story of a lone tigress that has covered more than 100 miles undetected through fields, villages and towns, crossing rivers, highways and rail tracks, stalking human prey and eating their flesh. As many as 10 people have been mauled.

In one case, the cat was gnawing contentedly on the leg and abdomen of a 50-year-old man it had just slain when villagers managed to scare it away with shovels and metal rods.

File picture of a tiger in India.

The gruesome corpses are very real, but who’s actually doing the killing and why remains something of a mystery.

India is the last place in the world where tigers still live in the wild—and it is home to about half of all the tigers left in the world. For most of this century, India’s tiger population has been dropping—from about 45,000 a century ago to about 1,400 in the mid -2000s—mainly because of big-game hunting, first by kings and British colonialists and more recently by poachers.

The number of tigers has started to grow again in recent years, as the government has made efforts to reduce poaching and has relocated more people living in the forests to give the tigers more space. But with rapid urbanization and development, man and animal are still competing for shrinking space. As forests and towns now increasingly butt up against each other, tigers stray into villages, killing people and livestock.

The most vulnerable people are poor villagers, who must go into the woods to relieve themselves, or collect provisions like firewood. They respond by setting traps to kill the tigers or help the poachers who lurk by protected forests.

The grisly tiger tale began early on the morning of Dec. 29 when a 21-year-old man went for his morning ablutions in a forest in the state of Uttar Pradesh, and never returned. The villagers reportedly found his slippers, mobile phone and half-eaten body in a sugarcane fields.

Since then, eight other people have been found in similar circumstances. The last victim was a man who was collecting firewood three weeks ago near his village close to a forest in Uttarakhand State. He became the tenth victim of the tigress, which ate part of his legs and abdomen. The villagers, who chased the tiger off with shovels, later made an unsuccessful attempt to trap the tiger by leaving a calf as bait.

File picture of a tiger in India.

Indian media has reported every twist in these killings, and all the stories have pinned the deaths on a single tigress. But that story doesn’t hold up, according to Rajesh Gopal, the head of India’s tiger conservation efforts.

With theories swirling about the attacks, we called up Gopal to get his take on this tiger whodunnit. He said there is plenty about the reports that doesn’t pass the smell test, particularly the idea that there is a single tigress behind all the vicious slayings.

Take the three deaths in Uttarakhand. Gopal said that it’s unclear whether it was a tiger or a tigress, or even it was the same animal.

Also, he said the idea that the tiger targeted the victims is dubious. The killings occurred at a considerable distance from each other, which indicates that they were “chance encounters” and not a deliberate effort to hunt and kill humans. He also noted that two deaths occurred when the victim had gone into the national park, which also contradicts the notion that a man-eater was covering large distances in search of human flesh. Usually, it is older tigers, or ones that are hurt, and who can’t hunt animals that resort to killing humans, he says.

On the seven killings in the neighboring state of Uttar Pradesh, Gopal said several of these deaths had occurred in areas where there are sugar cane fields, which provide cover for tigers that may stray out of the forest, and these are a good source of wild pigs for the tigers. Only two out of the seven victims, he said, had been eaten and not fully.

Gopal said that forest officials in Uttar Pradesh need to investigate further by installing more cameras in the forested areas to observe the movement of these tigers. The media has also reported that the Uttar Pradesh government has set loose three hunters to kill the menacing tigress. “Unless the identity is established how can the tiger be hunted,” he said. “In this case they could not capture the photos. So how can a free reign be given to hunters?”

Gopal also said simple precautions can save lives. For instance, he talked about the “cover dynamics of sugarcane crops.” He said if farmers were required to start the harvest of sugarcane fields at a distance from the forested areas, the tigers could sense that their cover is dwindling and them to leave for safer areas.