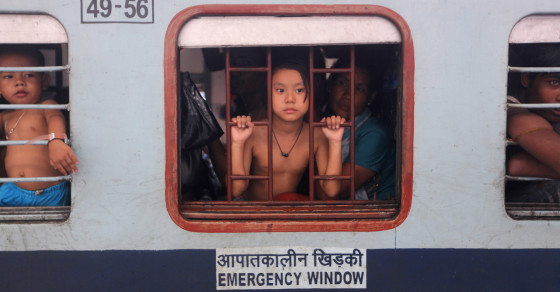 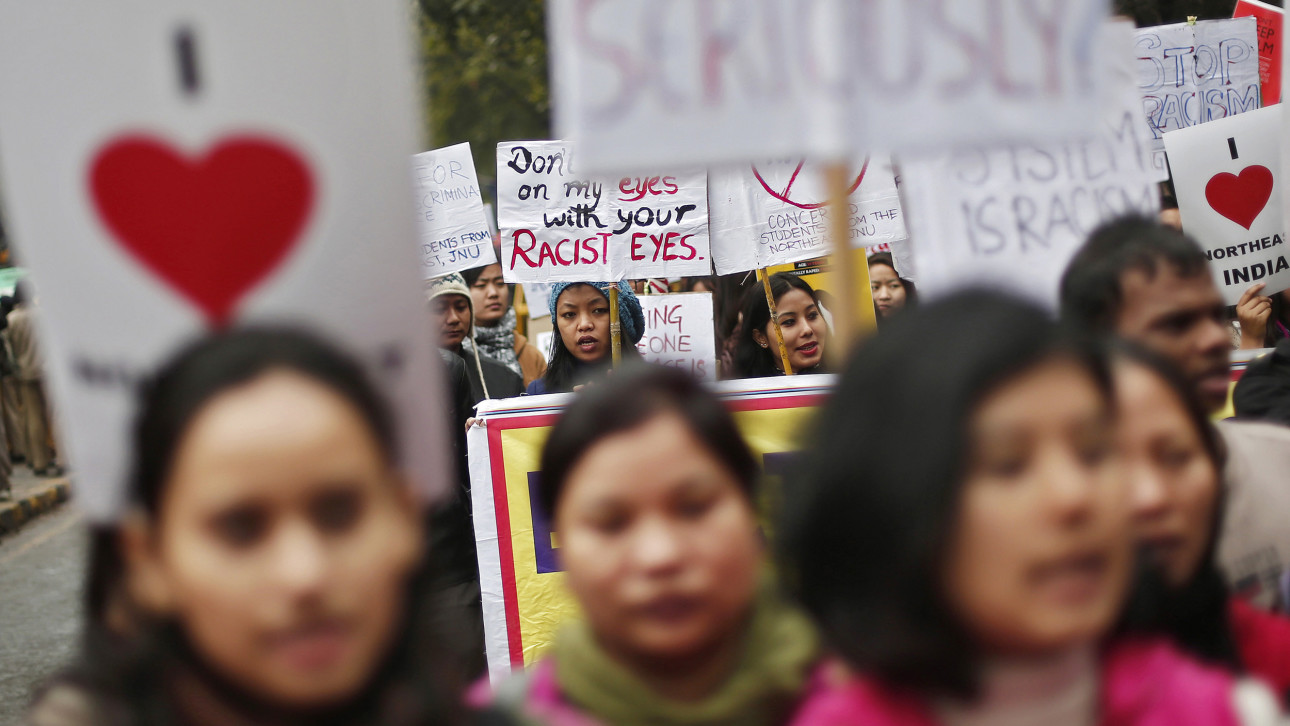 NEW DELHI—It started like any other fight—with alcohol and arguments. But it ended with a dark twist.

Dihe Kazhiihri, 26, was getting a ride home from a friend after dinner last month when a white sedan came hurtling down a narrow street in southern Delhi. The car grazed the small motorcycle taxi they were riding in and nearly flipped them over.

An argument ensued, and soon Kazhiihri and his friend, 29-year-old Akha Salouni, found themselves staring down five drunk men who were taunting them with racial slurs. “Hit them,” the group shouted. “Hit these Chinkies.”

Kazhiihri and Salouni didn’t back down, and before long they were in the middle of a full-blown brawl. Kazhiihri managed to escape, but Salouni wasn’t so lucky. His attackers pinned him to the ground and pummeled him with blows until he stopped moving.

Later that morning, the police at a nearby hospital pronounced him dead. Closed circuit cameras helped the authorities nab the culprits within a few days, but that was of little consolation for Salouni’s family and Kazhiihri.

The two friends came to Delhi from northeastern India, a poor, remote region of the country, where most people have East Asian features. Over the past decade, more than 250,000 people have migrated to the capital from looking for work.

The jobs, mostly in the service sector, are plentiful. But what has come with the increased opportunity has been a rash of racism and violence. For years, mainstream Indian society has seen northeasterners—who dress differently and eat different foods—as strangers, and in some cases, people to be hated and feared.

In recent weeks, Salouni’s murder and a spate of other racially motivated crimes have cast a spotlight on the hostility and intimidation that northeasterners face on a daily basis here in this sprawling city of 18 million.

Men and women from northeastern India protest the violence and hatred they're experiencing in Delhi.

A few weeks ago, a group of men in Delhi beat up two young migrant women who had resisted their advances and refused to get into their car. Earlier this year, Nido Taniam, the 19-year-old son of a legislator from the northeastern state of Arunachal Pradesh, was killed by a group of shopkeepers in an argument that started over his spiky hairstyle.

“Calling us Chinky, momo, a Nepali, Chow Chow and King Kong is par for the course,” says Rippon Shanglai, a 21-year-old college student. “But when it degenerates into physical violence or sexual violence, then it scares us.”

For northeastern women in Delhi—a city with a notorious reputation for sexual violence—the situation is often worse. Catcalls and snide comments are common at bus stops across the country, and many northeastern women say they are constantly propositioned for sex.

“I am stared down wherever I go,” says Pritim Sangmai, a 29-year-old fitness instructor who lives in a congested part of east Delhi. “Many people stereotype us as morally loose women because we dress differently and look different.”

But for northeastern men, too, racism, discrimination and violence are pervasive. Many employers, especially in the service sector, don’t pay on time, while landlords often hike rents for northeastern tenants, who have little bargaining power or social connections.

“There is total ignorance in most parts of India about the culture and indeed about anything Northeastern,” says Archisman Dinda, a Delhi-based writer. “[The northeast] may be geographically at an arm’s length from the mainland connected to it by just a narrow strip of land. But in terms of acceptance and integration, it may as well be another continent!”

A protest rally held earlier this year after the death of Nido Taniam.

A 2012 survey by the North East India Image Managers, a group of media professionals, found that for 52 percent of respondents associate the region with “people with Mongoloid features and weird food habits and an alien culture.”

Since then, northeasterners say things have gotten much worse. The discrimination has increasingly spilled over to violence, and many northeasterners are no longer willing to grin and bear it. Community leaders are pushing for a national law that would make it a crime to use racial slurs against anyone. But it’s unclear if they have any legislative backing.

In the meantime, Kazhiihri and others continue to feel like strangers in their own country.