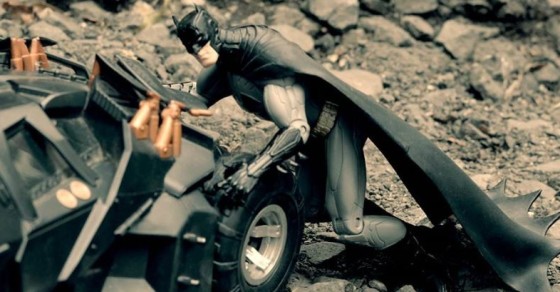 Mumbai’s Potholes Are So Big, Superheroes Are Swimming in Them
By Yonatan Amrany

Mumbai’s Potholes Are So Big, Superheroes Are Swimming in Them

As Indians continue to clean their filthiest roads using the popular Swachh Bharat app, a Mumbai entrepreneur is trying to help the city with a different sort of street scourge—potholes.

His name is Rupesh Mandal and he’s the founder of an app that wants to help Mumbai repair its broken boulevards. Lending a hand to promote his product: Superman, Batman and a host of other action figures.

Many Indian cities have been plagued for years by craters in the roads. They can cause accidents and damage cars and motorcycles. The problem is so bad in Bangalore that lawmakers declared November “Pothole-Filling Month.”

While monitoring current social issues in India, complaints kept surfacing on social networks around the term “pothole” in the city of Mumbai. That’s where we discovered Mandal, his app and his unique marketing concept.

Earlier this year, he and his colleagues created the Pothole Watch mobile app. It’s a simple concept. If you see a pothole, snap a picture of it, upload it on the app, which will tag it using GPS technology and send an alert to the relevant authorities.

The app is still in the testing phase. But to get people to start using it, Mandal began a social marketing campaign, urging people to place toys—Superman, Batman and other action figures—in front of the potholes and share them on Facebook. The result: photos like the ones below.

Mandal also started a crowdfunding campaign on Wishberry, which has raised roughly $1,300 out of its $1,950 goal with 40 days left. If successful, he hopes to take his app to other Indian cities.