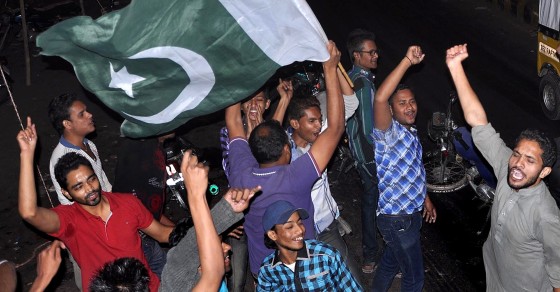 What Happens When You Cheer for the “Wrong” Cricket Team in India?
By Betwa Sharma

What Happens When You Cheer for the “Wrong” Cricket Team in India? 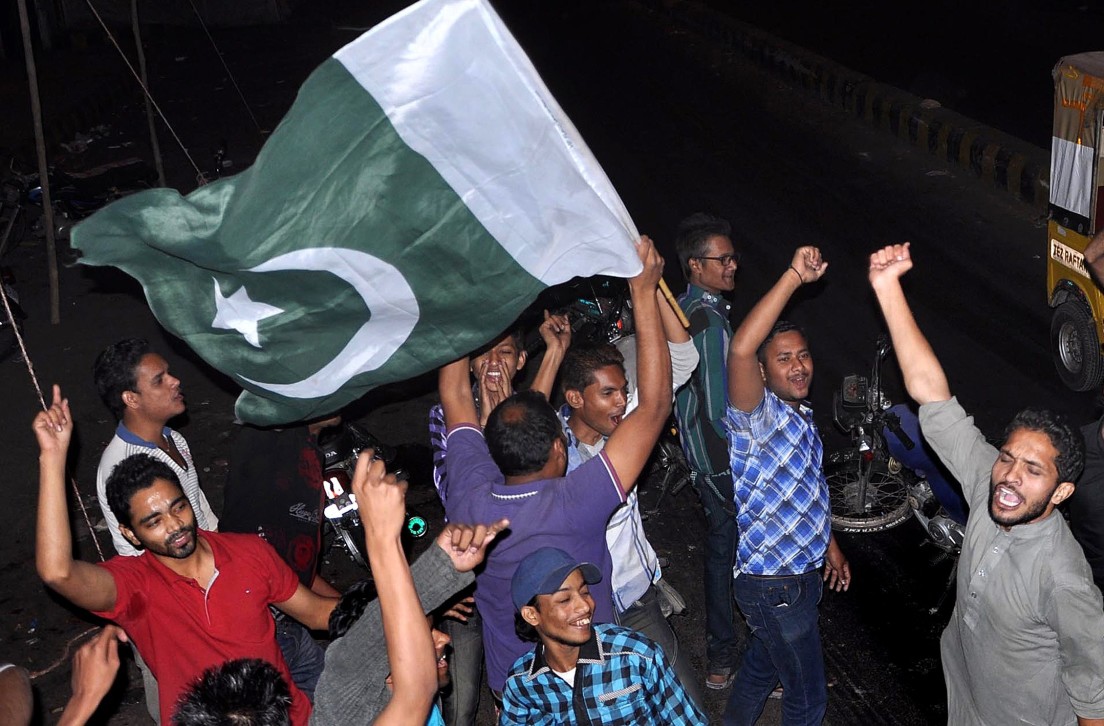 Cricket fans sometimes take their sport a bit too seriously—especially when it comes to the game’s most heated rivalry—India versus Pakistan, a matchup that makes the Yankees vs. the Red Sox look like the puppy bowl.

Case in point: On Thursday the police in the northern Indian state of Uttar Pradesh charged 67 Kashmiri college students with sedition for cheering for Pakistan during a cricket match against India, and for allegedly shouting anti-India slogans after Pakistan won.

The students denied the latter charge, and the police dropped the case hours later because of public and political blowback. Still, the incident has cast a spotlight on the longstanding enmity between India and Pakistan, countries that have been at odds for decades over the disputed Kashmir Valley.

It’s not clear exactly what happened the night of the match, but afterward, violent clashes allegedly broke out at the dorm where the students were cheering for opposing sides. One of the Kashmiri students present told the press that the non-Kashmiris went on a “rampage,” hurling abuses, breaking windows and throwing stones. Others told the Indian media that university authorities booted the Kashmiri students in question off campus. The non-Kashmiris, who were rooting for India, blame the other side.

Days prior, the college—Swami Vivekanand Subharti University, a private school—suspended the Kashmiri students.

Pakistani youth celebrate the cricket team victory over India in the streets of Karachi on late March 2, 2014.
(AFP/Getty Images/Rizwan Tabassum)

While many in India initially saw the suspensions as a bizarre spectacle, others found it inappropriate for the Kashmiris to cheer for Pakistan at all, especially in a state where religious violence occurred last September.

Nevertheless, the sedition charges sparked an outpouring of criticism over social media on Thursday.

Atul Bhatnagar, the school’s founder, was appalled by the charges.

“They are just students,” he said. “Not hard-core criminals.”

Even the chief minister of Jammu and Kashmir state, Omar Abdullah, tweeted against the charges.

The Indian government says Pakistan harbors terrorists, so when the two countries play cricket, the atmosphere on college campuses and elsewhere across the country is often heated. Bhatnagar, the university’s founder, defended his decision to suspend the students, saying they broke university rules by chanting anti-India slogans and by breaking furniture and window panes. Removing them for a few days, Bhatnagar said, allowed the tensions to die down.

“We have the right to discipline our students,” he added, noting that the university had not filed a complaint—it had simply asked the state government for help escorting the students safely back to Kashmir

For all the tension surrounding South Asia’s biggest cricket rivalry, some students say the police and the university acted unfairly and blew things out proportion.

“Everyone has a right to support who they want to,” says Sami Ullah, a 20-year-old Kashmiri student in the state of Haryana who cheers for Pakistan and asked that I not reveal what school he attends. “And it’s over when the match is over,” he adds. “We just get together—sometimes they apologize and sometimes we do.”

Raqeeb, a 20-year-old Kashmiri who roots for Pakistan and attends a different college in Uttar Pradesh—he asked I not reveal his last name or which school—says that the authorities solved the problem at his university by removing the television from the dorm when the teams played.

Both India and Pakistan claim Kashmir, a beautiful valley nestled between snow-capped mountains, as their own.

Until recently, most in the Muslim-majority area wanted to become part of Pakistan, and a violent struggle for independence erupted on the Indian side during the 1990s. During that time period, Kashmiri and Pakistani militants clashed with Indian security forces, leaving an estimated 45,000 people dead and more than 10,000 missing.

Now after a rocky decade—and a reign of terror in Pakistan by Taliban extremists—many among the younger generation still want independence from India. But they’re not as optimistic about joining their northern neighbor.

Nevertheless, when it comes to cricket, as a Kashmiri police officer once told me, even the cops in Kashmir—who are India’s payroll—can’t help but cheer for Pakistan.