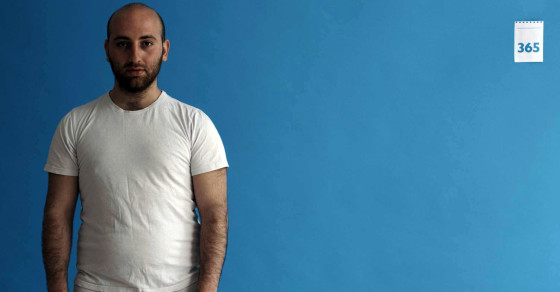 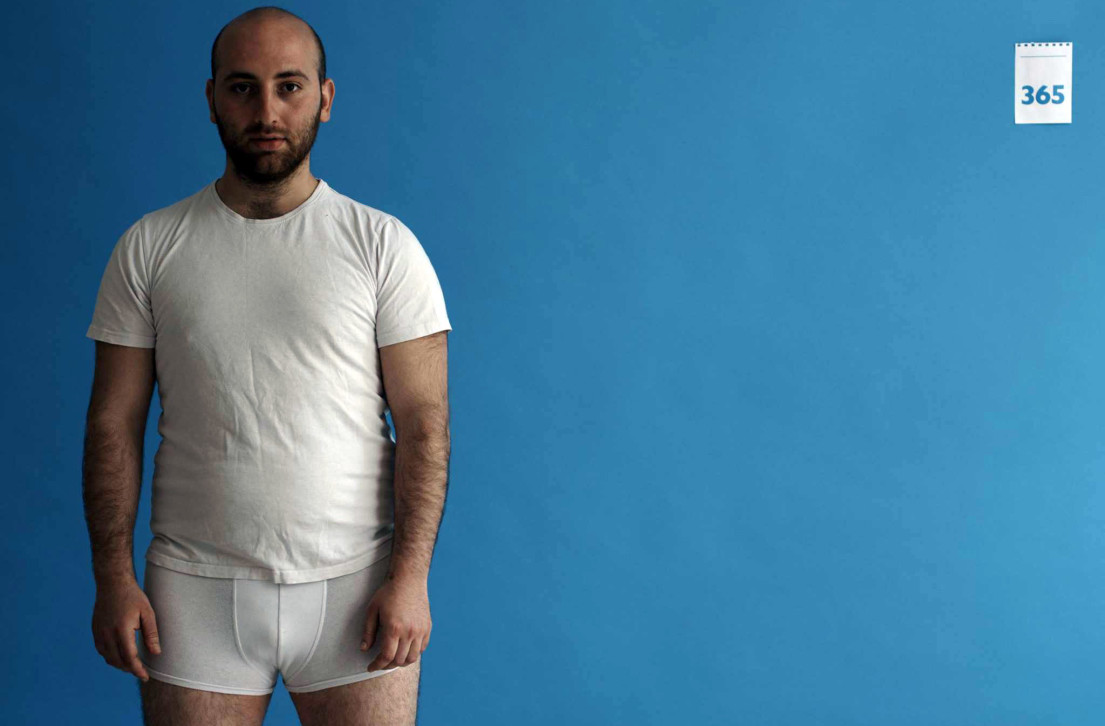 What would it be like to sleep with someone new every night? Well, one Berlin resident is trying to find out. And he’s doing it for art.

His name is Mischa Badasyan, and he’s a 26-year-old Russian-born performance artist who’s interested in the relationship between sex and loneliness. Aside from playing a good old-fashioned game of couch the quail, he’ll be creating photo and video installations, filming a documentary about the experience and building a sculpture from his bedsheets, as well as other items that remind him of his encounters.

Performance artist Mischa Badasyan says his iPad stunt and other projects have all been leading up to his latest escapade.

The project, called “Save the Date,” isn’t the first time Badasyan has mixed art with fadoodling. He once spent two weeks as a walking billboard, wearing an iPad with advertising in front of his crotch. This time around might be more difficult. Badasyan admitted he might not be able to spend every single night joining giblets with a new person. But the goal is to at least try and make it happen. He has already signed up with four Internet sex sites, which he hopes will help.

And just in case you’re wondering, he’ll be hooking up with all dudes (sorry, ladies). I recently met with Badasyan at a Berlin café to discuss sex, love and what it’s like to watch men sleep with prostitutes in a local parking lot.

So be honest, how hard will this be?

It’s going to be my most sophisticated and dangerous work of art, in terms of mental health. So, yes, it’s going to be pretty hard—and to be honest, I’m a little bit scared.

Are you worried about STDs?

I was recently tested for HIV and syphilis and I am clean. Sure, I’m worried about STDs—that’s why I am going to use condoms every time. A German safe-sex organization is supporting me by providing supplies of condoms for the project.

What do you plan to tell dates about the project?

Generally, I’m not going to tell my dates about this project. What if I tell you I just had sex with you for an art project? People won’t like that. It’s horrible, actually. However, there is a German director making a documentary about the year, and I’m hoping some people will agree to interviews for the movie.

So part of the idea is to explore loneliness and the difficulty of connecting with others in areas you describe as “non-places.” What do you mean by that?

Non-places are supermarkets, shopping malls, airports and other largely anonymous spots where people lose a sense of identity and feel like they don’t belong. In these places, you don’t have to talk to anyone or feel a sense of belonging. That creates loneliness.

Will this average Joe be able to have sex with a different partner every day for a year?

I understand you plan on taking a small item from each encounter. Why?

Well, I am going to meet a lot of people, each with [his] own story and background. I want to keep these moments. Collecting 365 pieces of each guy will help me to create a collective installation body and make all of the non-places into a place.

Is this art project, in part, an exploration of your own loneliness?

Totally, it is a biographical work. I have been in love twice, but both times it was unrequited. So this will be an exploration of that loneliness…the loneliness of the city.

How do you see this fitting in with your other works of art?

I think I was always on my way to this project, but every performance should have some personal story behind it, otherwise it is not honest art and not authentic work.