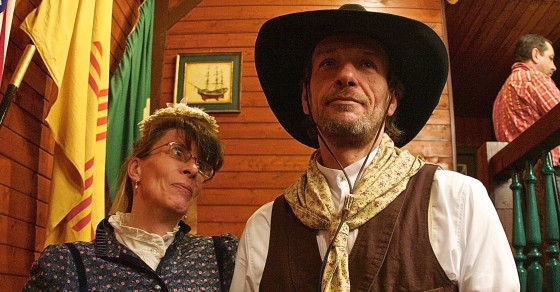 Why Are Germans So Obsessed With the American Wild West?
By Joel Stonington

Why Are Germans So Obsessed With the American Wild West? 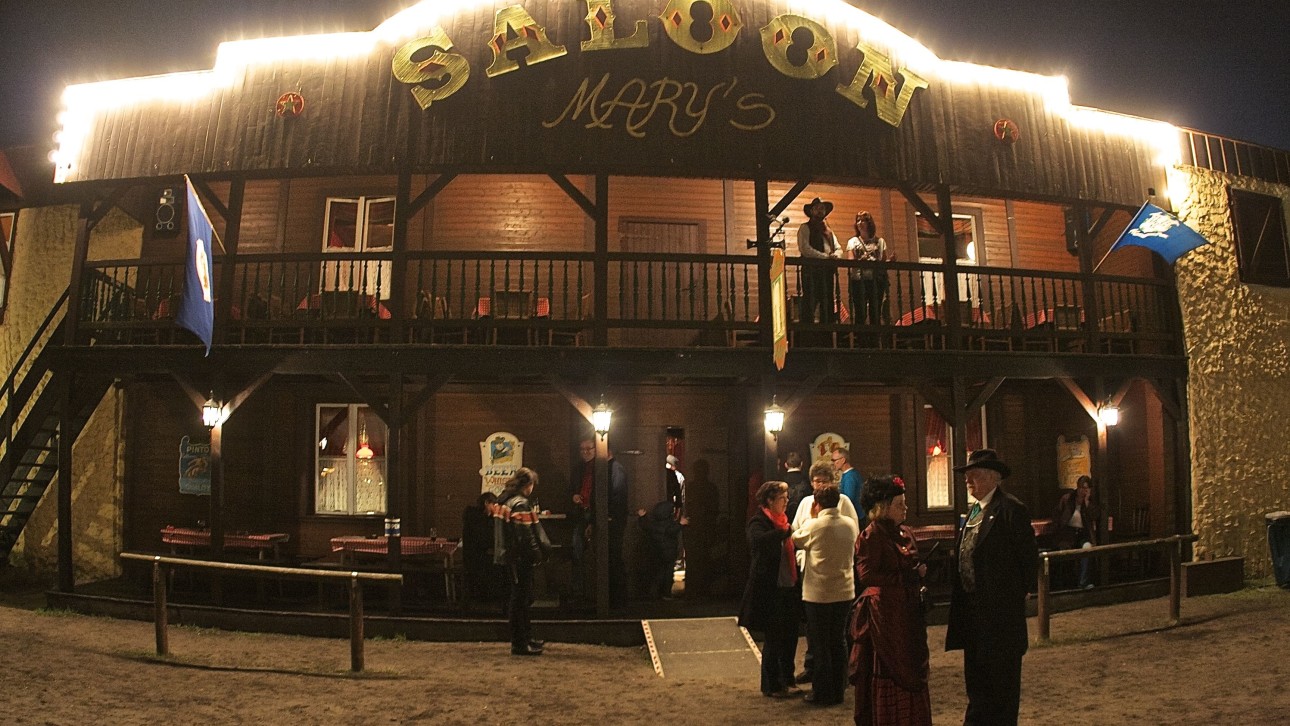 Out in the suburbs, next to a Burger King and a Siemens factory, there’s an old wooden saloon with a confederate flag flying above it.

Inside, women wear long dresses and men sport cowboy hats, as they dance to country-western music.

The outside of the saloon at the old West town on Saturday night.
(Vocativ/Joel Stonington)

“My club name is Billy the Kid,” says one of the cowboys. He’s wearing a pearl-colored vest and is brandishing a Colt .357 Magnum, which he carries in a leather holster on his hip.

The scene looks like something out of the Old West. But I’m on the outskirts of West Berlin, talking to a bunch of Germans (the cowboy’s real name is Herbert Müller and his gun shoots blanks). It’s just another Saturday night here at the the Cowboy Club Old Texas Berlin.

The main hall of the Saloon at the cowboy club during a dance.
(Vocativ/Joel Stonington)

Germany is obsessed with the Old West, and this town in Berlin is just one of roughly a dozen like it across the country. The obsession comes from the works of Karl May, a German writer who penned dozens of Old West novels in the late 1800s and early 1900s. May never visited the American West, so his depiction of life on the frontier is largely fictional. But he tapped into a desire for escapism in Germany at a time when the country was looking outwards for heroes. He’s sold more than 100 million copies of his books to German readers, and every summer, some 300,000 Germans attend a festival in his honor.

The Cowboy Club Old Texas Berlin started back in 1950, and its members built out the town by hand in the 1970s. There are now 21 buildings, including a blacksmith’s shop, a replica of the Alamo, a church where weddings are held, a Mexican-themed cantina and a museum.

The deputy sheriff of the town, Mario Schmidt.
(Vocativ/Joel Stonington)

People like Mario Schmidt, 53, the deputy sheriff of the town, are in charge of upkeep (in real life he works as an electrician). He’s been trying to redo the old wiring in the buildings and bring everything up to code. It’s time-consuming, but there are a few perks: He gets to spend the night in town during the parties that members throw once a month.

The printing shop at the old Texas town in Berlin.
(Vocativ/Joel Stonington)

When the Cowboy Club isn’t partying, it hosts school groups. Some people even use it for weddings and film sets. Movies have informed many of the town’s details, since most members of the club have never been to the United States, where the Old West is long extinct.

Back in the saloon, Torsten Kranz, 49, has a business card with a photo of Walker, Texas Ranger on it. For years, he and his wife, Denise, 49, have been saving for a trip to America but still haven’t put together the funds.