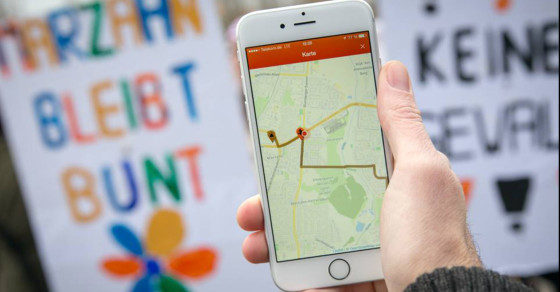 Hunting Neo-Nazis? In Berlin, There’s an App for That
By Joel Stonington

Hunting Neo-Nazis? In Berlin, There’s an App for That 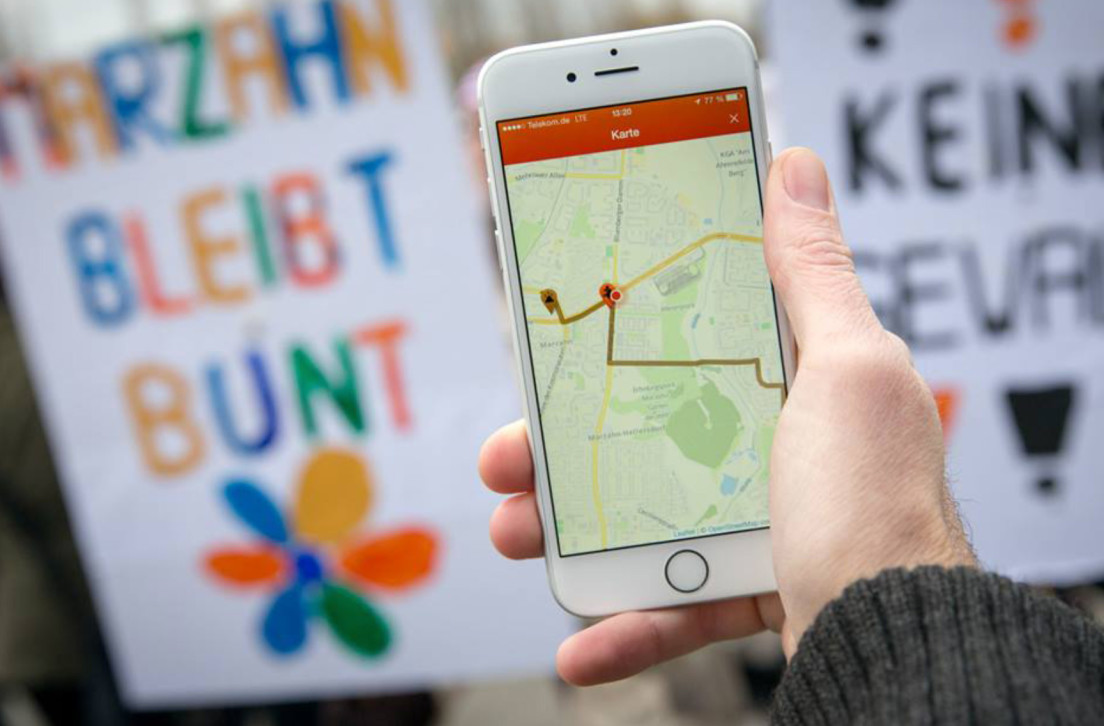 It’s not easy being a neo-Nazi in Berlin. Since the end of World War II, Germany has largely derided—and criminalized—anyone who tries to celebrate Hitler or the Third Reich. Berlin, in particular, has been a bastion of anti-racism. In March, for instance, 3,000 people came out to protest a much smaller group of neo-Nazis rallying nearby.

Some protests near Berlin have even been stopped entirely by counter-protests meant to hinder Neo-Nazi expression.

But staying one step ahead of pesky Hitler youth can be tricky. To avoid confrontations with counter-protesters—and the authorities—neo-Nazis tend to make last-minute changes ahead of their marches, tweak the names of their groups and otherwise disguise their true intentions.

Enter the Against Nazis smartphone app, which launched earlier this week. It offers users up-to-date information about far-right groups across the country and an interactive map showing when and where they demonstrate in Berlin. Though the app has only launched in Berlin, other cities around Germany have inquired about expanding the app to the rest of the country.

Screenshot of the app

Jessica Zeller, the project manager for the Berlin Against Nazis group behind the app, says it could have been useful at the recent march in the city. The far-right groups organizing it had presented the rally as concerned citizens taking a stand against an influx of refugees. When word spread that it was actually being organized by Hitler fanboys, the neo-Nazis quickly changed the route. And many counter-protesters fell off their trail.

“With an app, that can’t happen,” says Zeller, explaining how the interactive map works. “If you click on markers, you can see what is happening.”

With a heated debate over immigration rising in Germany, groups like Berlin Against Nazis have their work cut out for them. Indeed, German officials recently warned that neo-Nazi groups are organizing or infiltrating demonstrations against refugees and Muslim extremists under the guise of soccer fans and ordinary citizens. “Nazis use these prejudices as an opportunity to bring up their racist opinions,” Zeller says.

Some of these demonstrations have even spiraled into violence, like one in Cologne in October that was aimed at Muslim extremists. During the rally, neo-Nazis wound up knocking over a police vehicle, vandalizing the local train station and throwing firecrackers at counter-protesters.

Berlin’s mayor has called on citizens to “peacefully and courageously oppose the dull hate speech and clumsy propaganda of right-wing mobs.” The anti-Nazi app—while by no means a panacea—is one more tool to do just that. As Berlin politician Dilek Kolat puts it: “Berlin is a cosmopolitan and tolerant city. Racism and anti-Semitism have no place [here].”