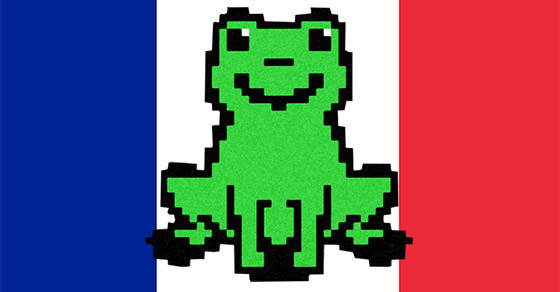 Who’s Responsible For The 19,000 Post-Hebdo Cyberattacks on France?
By Or Schwartz

Who’s Responsible For The 19,000 Post-Hebdo Cyberattacks on France?

The standard banner used by AnonGhost to "deface" websites.

Over 19,000 cyberattacks hit French websites in the eight days after the deadly assault on satirical magazine Charlie Hebdo, said the head of cyberdefense for France’s military on Jan. 15. “That’s never been seen before,” Admiral Arnaud Coustilliere told the press. “This is the first time that a country has been faced with such a large wave.”

Unlike the Paris massacres, the cyber onslaught didn’t do much lasting damage. It did, however, have its roots in the same places as the real-world attacks.

Vocativ examined log archives of attacks against French websites, which showed that the majority came from a combination of hacking teams across the Middle East and North Africa. Leading the onslaught in sheer volume were three groups: AnonGhost, Fallaga Team and Arab Warriors Team. Reports suggest that these cells are composed of loosely affiliated members from the Middle East, Tunisia, Algeria and Morocco. Individual Moroccan hackers, including Morrocan Hassan and Abdellah Elmaghribi, also featured prominently.

Unlike real-life terrorists, who lie low for years at a time to make one major assault, this breed of hackers prefers to attack little, often and out in the open. They have active social media profiles where they brag about their achievements, which include crippling the websites of schools, universities, town halls and other government-run institutions, albeit temporarily.

Most of the attacks were DDOS (Distributed Denial of Service) hacks, where the instigators use bots to send more traffic to a website than it can handle, bringing it to its knees. Usually, they are short-lived and cause little lasting damage.

AnonGhost has been uploading screenshots of minor hacking triumphs to Facebook, along with anti-Charlie Hebdo content and graphic images of historical massacres of Muslims, such as the French-Algerian War and the Gaza conflict. Tunisian hacking group Fallaga Team also uses Twitter and Facebook to trumpet its cyber achievements and disseminate propaganda, including pictures from the Algerian War and Gaza.