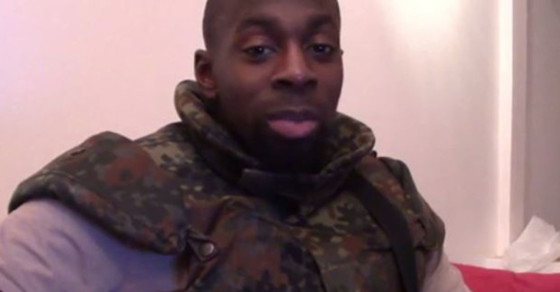 What The Coulibaly Video Says About The Future Of Terrorism 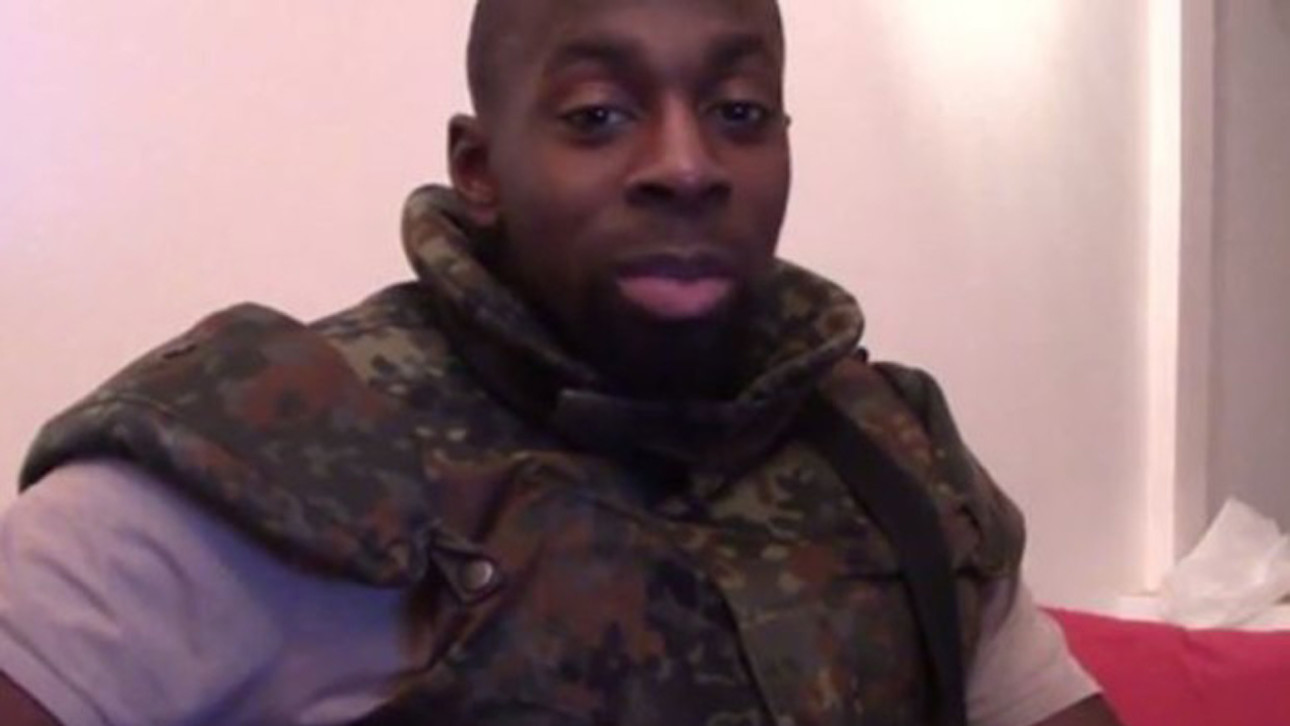 In a video Vocativ discovered on an official ISIS forum Sunday morning, Amedy Coulibaly, the terrorist who murdered four people Friday at a kosher supermarket in eastern Paris, pledges allegiance to the Islamic State. “I’ve been a soldier of the Caliphate (ISIS) since the beginning,” he says, addressing the camera.

Our analysis indicates that @Islamic_ch first tweeted the YouTube links to the video and several ISIS supporters disseminated them throughout the day. Interestingly, Coulibaly also claims that he worked in conjunction with Said and Chérif Kouachi, the brothers responsible for Wednesday’s attack at the offices of the satirical magazine Charlie Hebdo—an assault that took the lives of 12 people. “We are a team, in league together,” Coulibaly says in the video. “I am with the team who did Charlie Hebdo.” French security officials are working to authenticate this claim.

The brothers were self-declared members of Al Qaeda in the Arabian Peninsula (AQAP). Coulibaly’s claim of working for ISIS and teaming up with the brothers would represent a rare and troubling collaboration between two of the world’s most feared terror groups, making the video important beyond the specific situation still unfolding in France.

Here’s what you need to know about Coulibaly, the Kouachi brothers and the relationship between ISIS and Al Qaeda:

1. Coulibaly made claims of cooperation with the Kouachis and association with larger terror networks—claims that are still under review.

According to a translation of the video from War on the Rocks, Coulibaly both pledges allegiance to ISIS and claims to have helped the Kouachi brothers prepare for their Wednesday attack. “The brothers of our team, divided in two, they did Charlie Hebdo. …I also went out a bit against the police. So, yeah, we did things a bit together, a bit separate, in order to have more impact. …We managed to synchronize, to get out at the same time and not create problems because we are close and in the same affair.”

Outside of his declaration, though, there is no evidence Coulibaly was under the command of ISIS. Indeed, authorities first attributed Coulibaly’s attack at the kosher supermarket to AQAP before the emergence of his video.

As for the Kouachi brothers, there are some threads to suggest that they may have been tied to AQAP. During his flight from the police, Chérif Kouachi gave a telephone interview to BFMTV claiming as much. Also, Al Jazeera reports that the brothers traveled to Oman in 2011 to be smuggled into Yemen—a center of AQAP activity—and may have received weapons training in Marib, a city with a strong Al Qaeda presence.

Further, an unknown source claiming to be operating within AQAP sent a statement to The Intercept Friday taking responsibility for the Charlie Hebdo attack. (That said, no official AQAP communication outlets have claimed responsibility for any of the French attacks.)

“We don’t yet know if the Kouachi brothers and Coulibaly coordinated their actions,” says J. M. Berger, a fellow of the Project on U.S. Relations with the Islamic World at the Brookings Institution. Berger guesses that despite Coulibaly’s “vague” assertions, the two groups were not cooperating with each other. “There is no evidence that ISIS, the organization, had any role in Coulibaly’s actions, and again, the video seems to suggest there was not,” he says.

What Coulibaly said is “a bit vague and confusing,” according to Berger, so he did not want to draw any concrete conclusions about it. “I’m taking a cautious read, given he did not seem very articulate throughout.”

2. It is unlikely that the leadership of Al Qaeda and ISIS would cooperate with each other.

Berger says that given the groups’ intense public hostilities toward each other, it is unlikely that AQAP and ISIS would collaborate on anything at an organizational level. Over the last few years, the ISIS leadership has tried and failed to poach jihadi soldiers from AQAP, something to which Al Qaeda took offense. Al Qaeda formally severed all ties with ISIS in February 2014, and in November 2014, AQAP publicly rebuked ISIS leader Abu Bakr al-Baghdadi’s declaration of a caliphate.

In the same statement, however, AQAP expressed anger on behalf of ISIS members about American airstrikes in Syria, as well as a desire for the two groups to join forces in the future. “Their blood is our blood, and their wounds are in our hearts, and supporting them is a duty upon us,” AQAP said. Despite that and various ground-level associations, the two groups remain enemies.

Smoke rises over the Syrian town of Kobani after U.S. airstrikes on ISIS fighters in October.

3. The fact that there is demonstrated enmity between the two groups may not matter anymore on the ground.

Coulibaly may represent a new type of terror-network operative, one who acts on his own without any training or funding from a specific group. True, Coulibaly declared allegiance to ISIS in the video, but “allegiances” are often transitory. Just because a fighter declares allegiance to ISIS does not necessarily mean he is working in concert with high-level ISIS members, as we reported in October 2014. Many small jihadi groups use the ISIS name simply to promote themselves.

“ISIS appears to have refined a messaging and recruiting strategy that makes self-starter attacks, or so-called lone wolves, much more likely than they used to be,” Berger says. In this regard, Coulibaly might have been a lone wolf using ISIS’ name almost as a brand with which to associate. ISIS has massive success with its Internet propaganda drives last year, and much of that effort was an attempt to inspire and enfranchise individual, self-organizing operators throughout the globe.

ISIS’ media spokesperson, Sheikh Abu Mohammad al-Adnani, released a statement in September 2014 calling explicitly for lone-wolf attacks on Americans and America’s allies. The statement specifically called out the French. “Single out the disbelieving American, Frenchman or any of their allies,” al-Adnani implored. “Smash his head with a rock, or slaughter him with a knife, or run him over with your car, or throw him down from a high place, or choke him, or poison him. Kill him in any manner or way however it may be.”

Firefighters carry a victim on a stretcher after a deadly terrorist attack at the Paris offices of Charlie Hebdo, a satirical newspaper.

This new kind of network operative, one with only the barest of associations, can operate more fluidly in their cooperation with other like-minded militants, Berger says. While it’s unlikely Coulibaly worked with the Kouachi brothers, it is likely that we could see terrorists who pledge allegiance to ISIS and those who have who have pledged allegiance to Al Qaeda create their own associations in the future.​

Indeed, the Paris attacks may already represent this new model of synchronization, without any actual collaboration. Here, one terrorist may have carried out a follow-up attack without knowing, or caring, who was responsible for the first one. In the new, loose franchise model of terror networks, operators from opposing groups can claim to have collaborated with one another’s attacks after the fact—a sort of feedback loop that amplifies the resulting terror from each—without interference. All this goes on even though the higher-ups want nothing to do with one another. “This is the kind of stuff we have to look forward to, unfortunately,” Berger says.