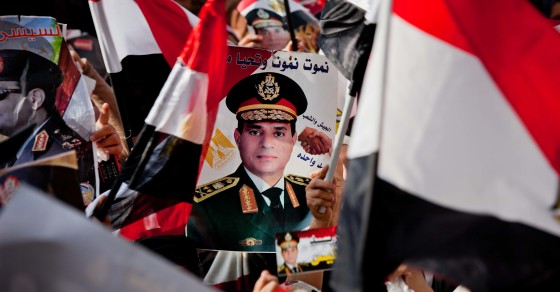 The Cairo Cult of Field Marshal Al-Sisi
By Adam Ramsey 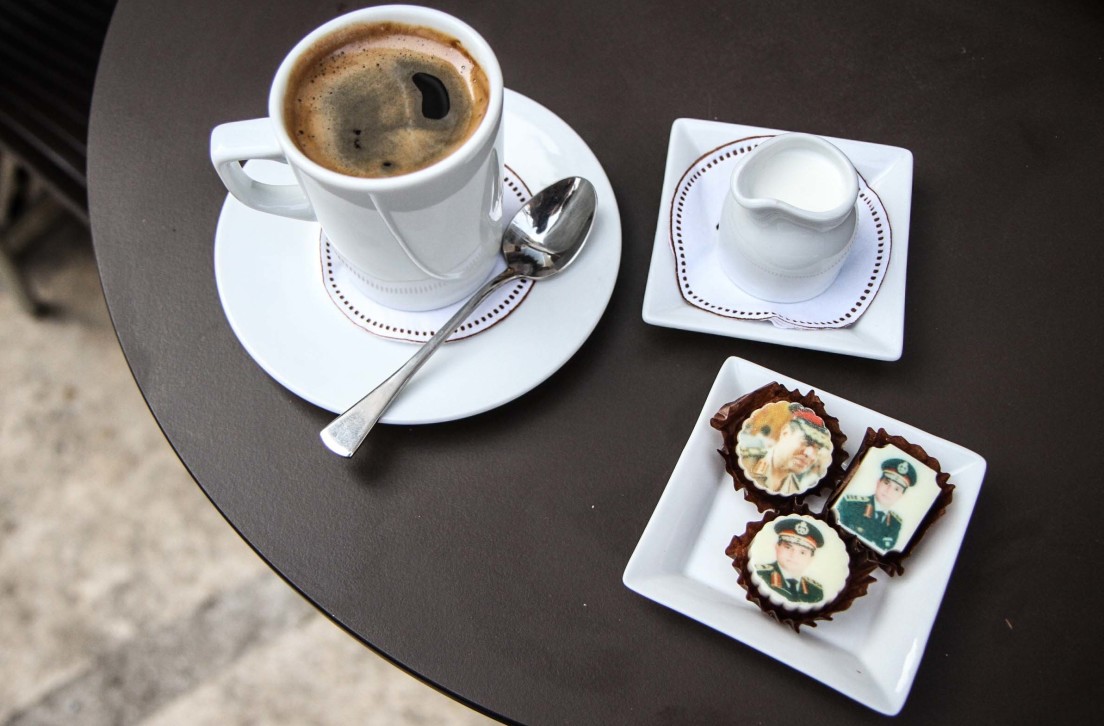 One man’s beaming face is omnipresent in the streets of Egypt these days. Most often seen in full formal military regalia, Field Marshal Abdel Fattah al-Sisi’s image is everywhere. A year into his tenure as chief of Egypt’s military, Sisi facilitated the popular coup that ended the short-lived reign of Egyptian President Mohammed Morsi on July 3, 2013, and it didn’t take too long for a hero-worship cult to emerge.

It’s hard to think of a genre of merchandise that hasn’t yet featured Sisi’s visage. Posters of him are boosted up on billboards. Key chains with his army portrait are on sale for 1 Egyptian pound ($0.14) on street corners. Opinion articles in some of Egypt’s largest news outlets commend his “Herculean strength” while noting the “ardour of the sun in his veins.”

If the key rings, flags masks and chocolates were not enough, Sisi's legacy has also been immortalized though song. A self-declared boy band wrote an ode to Sisi called “One Dream,” to encourage the field marshall to run for president. Mission accomplished. The group's uniform consists of leather jackets and, of course, t-shirts with Sisi’s face on them. Lyrics included such heartwarming phrases as: "Tomorrow is ours, tomorrow is better. Tomorrow Sisi will be our president."

If kitsch trinkets were votes, Sisi would already have the next election in the bag.
(Vocativ/Adam Ramsay)

Although much has been attributed to the man, Sisi has remained relatively quiet. The field marshal rarely holds press conferences or gives interviews, and he certainly doesn’t have a Twitter account (unlike his predecessor). Rather, videos and recordings of him are strategically leaked. Yet, rather than provide a clear and honest depiction of the man, they have served only to perpetuate his enigmatic persona, all of which helps the merchandising push.

Though Sisi has yet to officially state his intention to run for presidency, it is almost certainly just a matter of time until he does. (Russian President Vladimir Putin has already stated his backing of Sisi for President.) Come the presidential elections in March/April, it is almost guaranteed that Sisi will become Egypt’s next president.

Is it just me, or is there something a bit Gadhafi-esque about these Sisi T-shirts?
(Polaris/Amanda Mustard)

Sisi’s campaign for presidency arguably started the moment Morsi was overthrown.  Enterprising groups have ensured bridges are adorned with signs asking Sisi to “complete [his] favor.” Immediately outside the High Court in downtown Cairo, a huge poster pleads with Sisi: “Our love is yours, our hands are yours, our allegiance is yours. …Sisi—the president, commander-in-chief and leader.”

Just when you thought chocolate couldn't get any sweeter...
(Vocativ/Adam Ramsay)

As more time passes, Sisi’s image is cropping up in more and more incongruous settings. In some cafes, your coffee may be accompanied by some Sisi sweets: his face smiling eerily up at you from a bed of fine milk chocolate.

At recent rallies supporting the current government, masks of Sisi’s face were sold in the hundreds. A black band across his eyes and an unfortunate distortion of his face combined to create a bizarre resemblance to the McDonald’s Hamburglar.

In the touristic area of Khan el Khalili, vendors display Sisi ID cards—under Sisi’s profession it states “Savior of Egypt”—next to their own business cards. More entrepreneurial jewelers have started selling Sisi-themed necklaces and earrings. One businesswoman tells me that she has actually sold out of her “Sisi collection.”