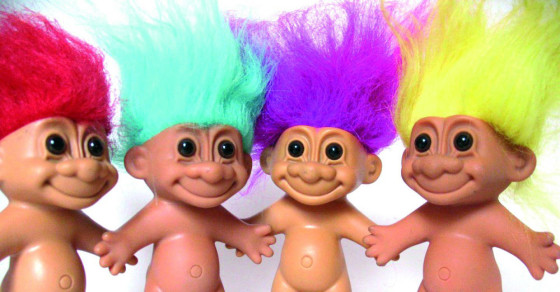 Someone in Denmark Is Getting a PhD in Trolls

Denmark is spending 2.5 million kroner (around $428,000) on a PhD project investigation into an underground troll invasion. No, this isn’t Lord of the Rings or The Onion. This is actual news about actual government money being spent on an actual PhD project.

Lars Christian Kofoed is the genius behind this highly scientific exploration of the life cycle of trolls. The Local reports that Rømer—a dyed-in-the-wool troll believer (troll truther?)—will study the “actual relationships” of the “underearthlings” that famously live in Bornholm, a Danish island in the Baltic Sea with a population just under 40,000. Apparently, the people of Bornholm are infatuated with their own national troll named Krølle Bølle, who pops out his cute, little one-haired head at midnight for “many exciting adventures.” Krølle Bølle has had fans in Bornholm since 1946, when a writer named Ludvig Mahler created him. Rømer wants to explore his modern-day habitat in all versions of “physical manifestations,” including “creatures,” or “special places in the nature that have unique vibes.”

Now, such academic field work isn’t new to Rømer. After all, he studied ghosts for two years before moving on to trolls. If anyone is to become a doctor of philosophy in physical manifestations, it’s him.

Lucky for Rømer, troll enthusiasts and other PhD students in Denmark, the state-run Danish Council for Independent Research spends 22.5 million kroner, or around $3.9 million dollars, every year on special dissertations outside the university system. Whatever you think of that expenditure, it cannot be denied that this project is very, very special.