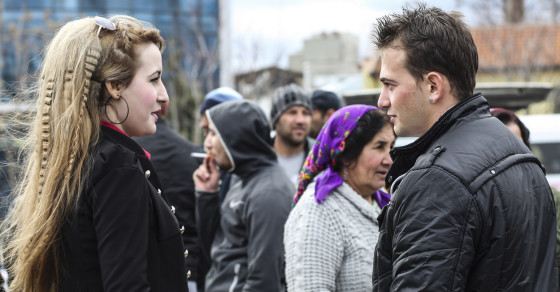 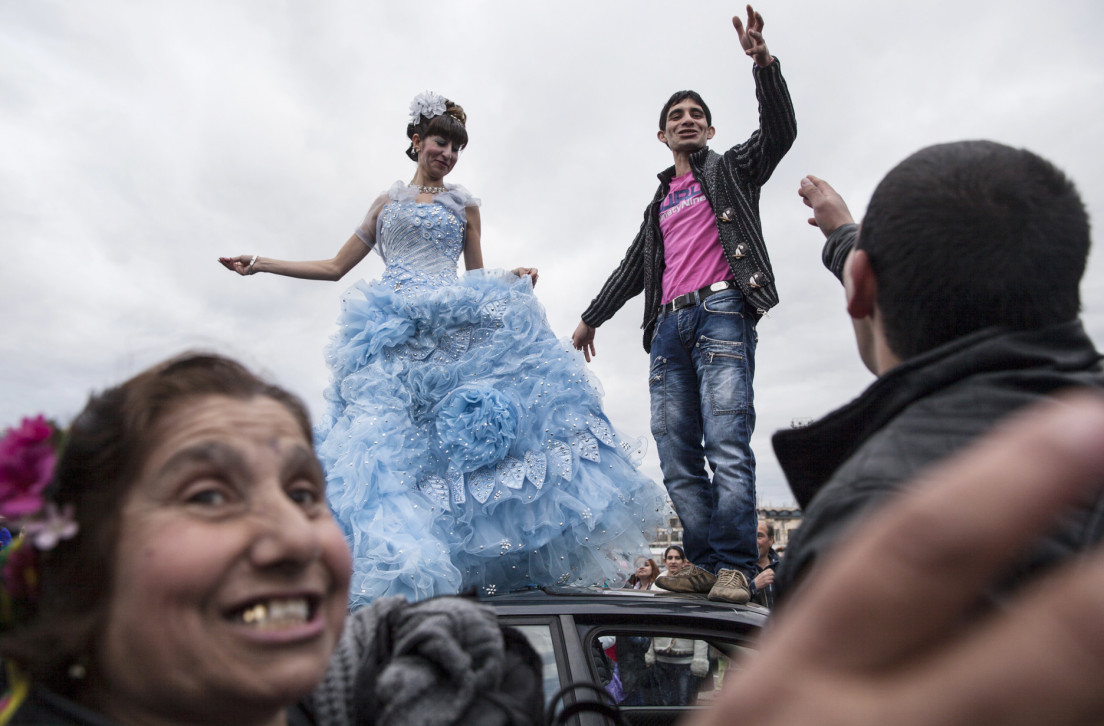 Dinko Yordanov Atanasov, 23, is tall, dark and handsome—and he’s in the market for a wife. On a cold, cloudy day in Bulgaria, he’s joined the annual gathering of the Kalaidzhi clan, a Roma subgroup, to meet a girl. If things go well between them, he will have to negotiate a bride price with her father.

“It would be nice if they would stop asking for money,” he says, “but without the money, it’s not going to happen.”

Dinko Yordanov Atanasov, 23, with Vaselina Petrova, whom he hopes to marry. "We talk on the phone, and she knows that I like her. We have a serious relationship," he says.
(Vocativ/Jodi Hilton)

The Kalaidzhi are traditional tinsmiths, who used to travel the countryside repairing copper pots. These days, they are more likely to repair car parts or do itinerant work building gutters and working in construction. Living a semi-nomadic lifestyle keeps them separate from their clan. Still, they hold tight to traditional values—like marrying a young virgin from the same group.

A young man introduces himself to a group of coquettish girls. The Kalaidzhi discourage pre-marital dating and prohibit sex before marriage.
(Vocativ/Jodi Hilton)

Pretty girls, especially light-skinned ones with blue eyes, are highly prized, which explains the proliferation of white makeup and dyed hair amongst the girls, ages 16 and older, gussied up and looking to find a husband.

In past years, the festival took place on a village field and featured a DJ blasting gypsy pop music, lots of dancing, beer and grilled sausages, but this year they have gathered instead at a grim parking lot behind the city bus station.

A Roma couple dances on the roof of a car in order to publicly announce their engagement in the Bulgarian city of Stara Zagora.
(Vocativ/Jodi Hilton)

One woman says that due to the crisis, they couldn’t hire a DJ.

Bride prices used to be more than $7,000, back when Kalaidzhi men were successfully working in Greece and returning with sports cars and pockets stuffed with euros. These days, a man can usually convince his intended’s family to accept $5,000 for a pretty virgin, or less for an older woman or divorcée.

Girls dress in their finest to impress the men.
(Vocativ/Jodi Hilton)

Marika, a 26-year-old recently divorced mother, says she just came to celebrate the holiday. But with her high-heeled boots, tight jeans and lavender eyeshadow, it’s clear she has another goal. She says coyly, “If I have luck, then why not?”

Pepi Hhristova (right), 19, arrives at the annual meeting of the Kalaidzhi clan accompanied by her friend Anka Hristeva, 28.
(Vocativ/Jodi Hilton)

The young girls dress in the style of Bulgarian pop stars, while their mothers wear traditional velvet dresses and headscarves.

“I don’t like this kind of tradition,” says Mitko Kostadinov, 33, adding that he is looking for a kind-hearted woman after his first marriage failed.

A few hours later, Kostadinov is nervously spitting sunflower seeds and keeping a close watch on Yanka, a 26-year-old peroxide blonde with crooked teeth and a shy, kind-hearted smile.

“I met her five or six years ago, but I married another girl,” he says. “My heart is still there for her.”