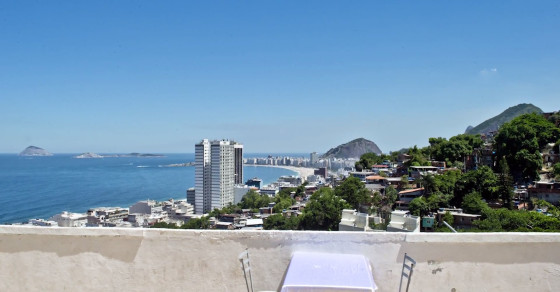 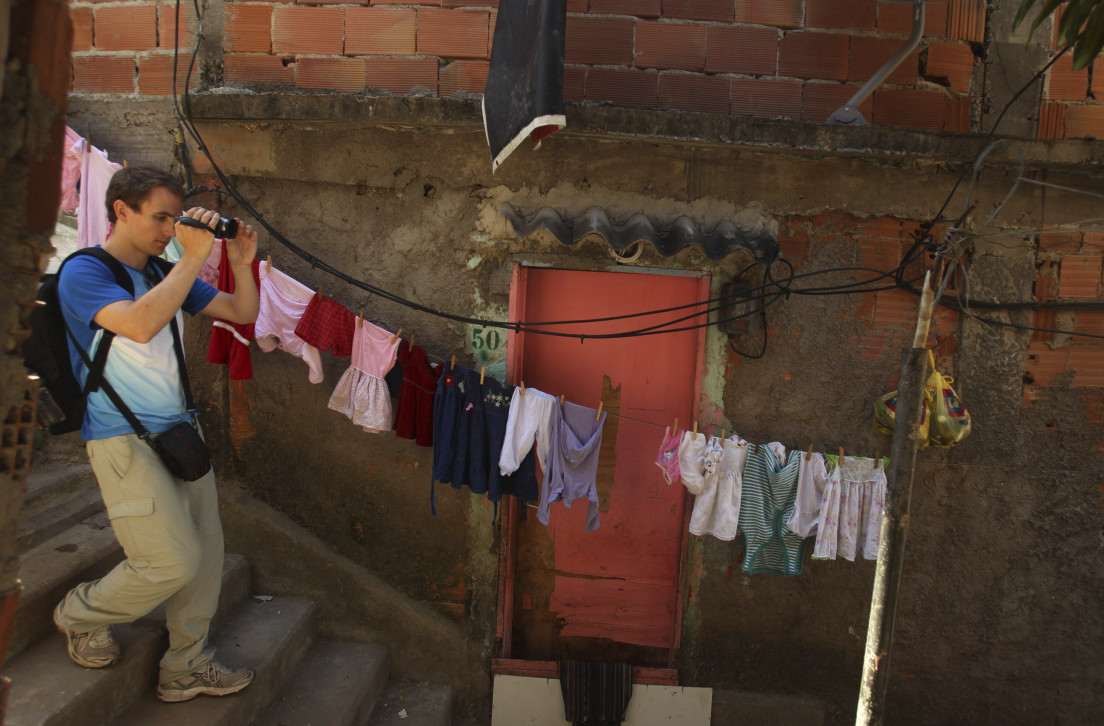 High on a Rio de Janeiro hillside, the view from Bar do Alto—the High Bar—can leave you breathless. From the parapet of this club in the clouds, all of Copacabana beach—one of Brazil’s most magnificent waterfronts—lies below your feet. Throw back one or two of owner Rubens Zerbinato’s “caipichopps,” a fizzy specialty drink, and the view gets even better.

Welcome to Rio’s newest gringo watering hole. With its relaxed vibe, flat-screen TVs and Brazilian funk thumping through the speakers, it’s the perfect place to watch the World Cup. Since the tournament began, tourists have come in droves to this hillside perch to follow the beautiful game, and more are expected Wednesday as the Netherlands takes on Argentina in the semifinals.

Not so mean streets:  Rio's favelas used to be feared. Now tourists are visiting them.

It wasn’t always the case. Years ago, everyone knew that “the higher you lived, the lower your status,” as the anthropologist Claude Levi-Strauss once wrote. But Bar do Alto is part of Rio’s new social geography. Once Brazilian intellectuals predicted that the poor would someday sweep down from the hills and claim their rightful place in an unjust society. Mostly, however, the exact opposite has happened: Money has scaled the once forbidden slopes where Rio is being reborn. And Bar do Alto is part of this favela-based renaissance.

Just five years ago, pub-crawling on Rio’s hills was unthinkable. On any given night in slums such as Bibilônia and neighboring Chapéu Mangueira, gun battles blared as heavily armed drug gangs fought over turf. The traficantes were always a minority in the slums, which house one in five of the city’s 6 million residents. But thanks to the blind eye of law, they managed to keep hundreds of thousands of Rio residents living in fear.

All this began to change after 2007, when police systematically occupied a variety of slums across Rio. Most of the drug bandits fled or laid low and hid their weapons. The crackdown didn’t eliminate crime or drugs, however. Late last month, for instance, a Swedish man was found dead in the hostel he operated in Vidigal, a pacified favela. But overall, homicides and violent crimes have plunged since pacification began. Property values rose and tourists began to flock to the favelas.

The air up there: Revelers take in the view at Bar do Alto.

These sightseers weren’t there just for a day trip. In the lead up to the World Cup, restaurants, bed and breakfasts and bars bloomed in the slums. They proved a magnet for low-budget tourists fleeing the overpriced beachfront hotels.

Today places such as Babilônia are choice real estate as soccer-related inflation has started to creep up the hillsides. “Staying up here is not really that much cheaper,” says Jardson Lopes, who owns local hostel El Misti. “I think people come because it’s quiet and not too crowded.”

Stay the night: Guests enjoy themselves at the hostel El Misti.

Staying in the favela also comes with a patina of authenticity. To get to Bar do Alto, for instance, you have to take a motorcycle taxi and then negotiate several winding stair cases up the Morro de Bibilônia, a granite mound rising abruptly over Rio’s most famous beachfront. Don’t bother looking for a proper street sign. The only clues are the stylized “BA” stencils stamped on the walls and flagstone steps, leading to a narrow backyard passage cluttered with building materials, an adventurous route that turns the trip to the pub into a treasure hunt.

Inside, Zerbinato cooks, mixes drinks, waits tables and manages the place, practically all by himself. This makes happy hour at the Alto like visiting a friend’s house, and lends an authentically laid-back Brazilian feel to a night on the town.

Bottoms up: Tourists head to Rio's slums for this delicious caipichopps beverage.

Authenticity is in part what drew Jack Burnett, 24, a native of England, to stay in the slums. “If there had been a hostel for the same price in Copacabana, I think I’d have chosen the favela to experience something a bit different,” he says.

Not even his failed attempt to crash a local house party at 3 a.m. put him off. “Stumbling around a favela in the early hours, asking strangers if we could party with them might have been a bit sketchy,” he allows, “[but] I honestly never felt scared.”

Maybe the caipichopps had something to do with it.