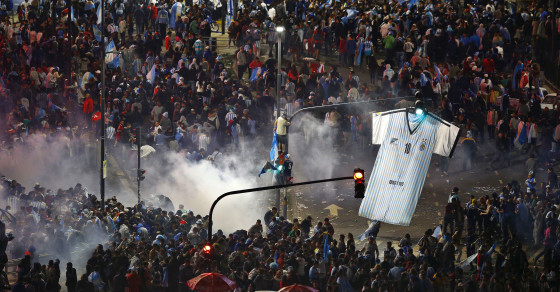 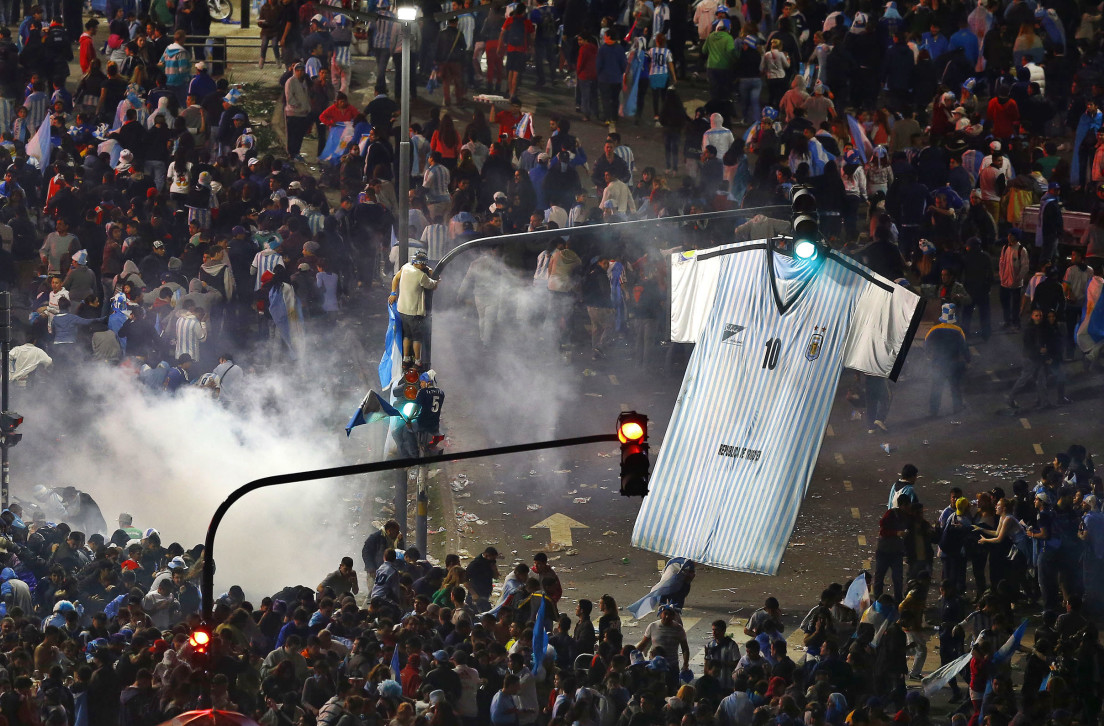 Tens of thousands of Argentinian soccer fans gathered in Rio de Janeiro over the weekend, hoping to see their national team win the World Cup.

But when Germany dashed their hopes last night with a brilliant goal late in overtime, things briefly turned ugly in parts of Rio. On Copacabana beach, one of the city’s nicest waterfronts, Argentinian fans trashed a viewing area, while others marched through Rio burning Brazilian flags.

Brazil and Argentina have one of the world’s most heated soccer rivalries, and even though the two teams weren’t playing each other, after the game, clashes broke out between Brazilians, Argentinians and others inside Maracana Stadium. Hundreds were reportedly injured.

Meanwhile, in Buenos Aires, police clashed with thousands of disappointed soccer fans, using water cannons and rubber bullets to try to disperse a large crowd, which had originally gathered to watch the game in the center of the Argentine capital. By the end of the night, police had arrested 60 people.

Before and After at Buenos Aires' Obelisco

Argentina may have lost the final but we still paraded through the streets and celebrated! Vamos al Obelisco! https://t.co/wSnYfmYNoJ 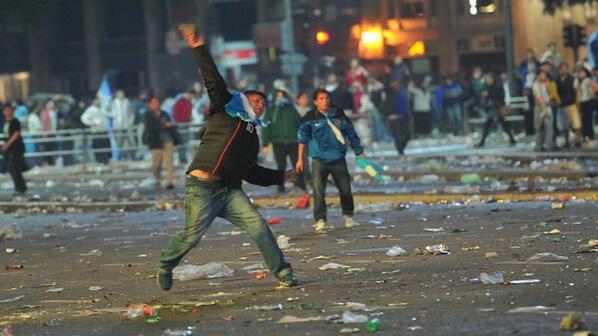 The game marked the first time that Argentina had reached the World Cup finals since 1990, when they were also beaten by Germany (the western half) in Rome. Despite the repeated loss, the team’s star striker, Lionel Messi, won the FIFA Golden Ball award, which is given to the tournament’s most valuable player. But even that consolation was tarnished, when Argentine legend Diego Maradona said that Messi was given the award as part of a marketing plan, and didn’t deserve it based on merits.