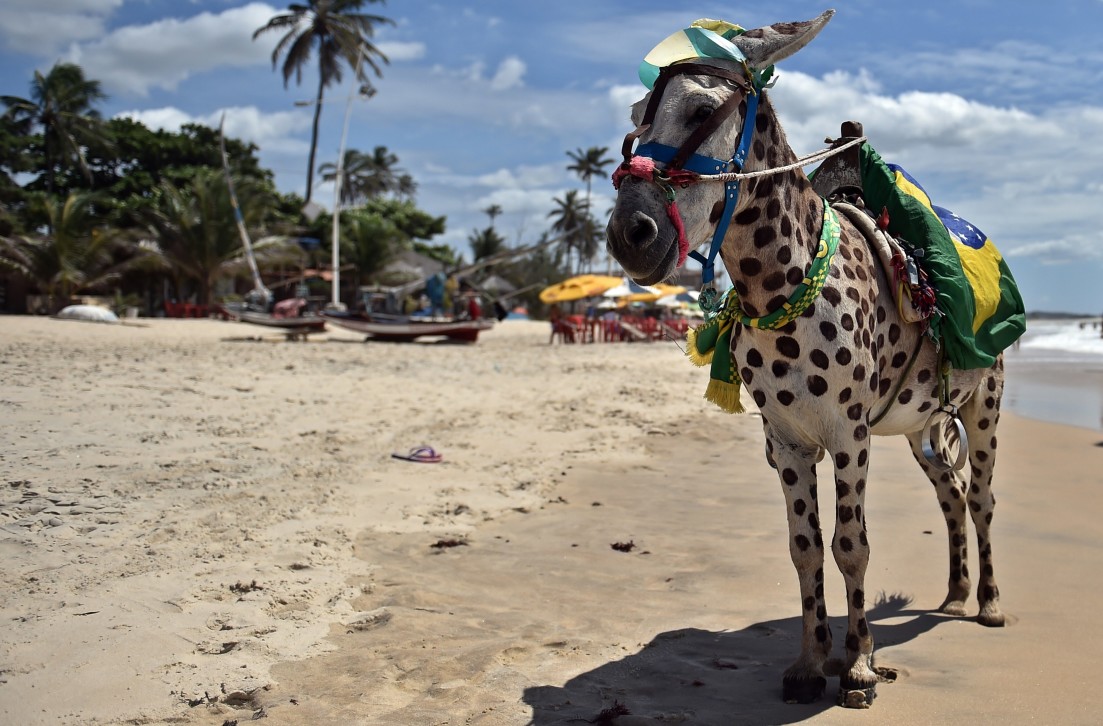 Sílvio Brito is a busy man. As the district attorney of Apodi, a small town in northeast Brazil, he prosecutes murderers, rapists and corrupt politicians on a regular basis.

For all his troubles, you might think he’d be seen as a hero. Or at least an upstanding public servant. But lately, many here—from vegans to prisoners—would rather have Brito’s hide. Animal rights activists are calling him a butcher. Fashion models and soap opera stars have piled on the bandwagon, and a nationwide petition demanding his dismissal has garnered more than 82,000 signatures.

Pin his problems on the donkey. Thousands of these animals now roam the Brazilian countryside. Too often, they end up in search of easy food on highways, where they inevitably wander in the way of speeding cars and buses. Highway police report some 47 serious traffic accidents involving donkeys last year, and dozens more so far in 2014. “The other day, a 60-year-old man struck a donkey on his motorcycle and then was run over by a truck and killed,” says Brito. “I have plenty of other things to do, but stray donkeys have become a public menace. This is an emergency.”

Local District Attorney Sílvio Brito says the solution to Brazil's donkey problem might be a little salt and pepper.

So earlier this year, Brito came up with a plan: Eat the problem. To the prosecutor, this was a no-brainer. In a region where poverty runs deep and many farmers go hungry, what’s the sense in squandering perfectly good protein? Despite the donkey’s hard lot, its meat is tender, though darker than beef, and well-suited to the kettle or stove. It has half the saturated fats of beef and is packed with vitamin C, according to studies by local nutritionists. The only bit missing was a marketing wiz to spin Eeyore into Angus.

Enter Brito, who contacted a popular restaurant in Mossoró, a busy town near the São Francisco River, and challenged the chef to come up with a menu dedicated to the animal known as Equus asinus. For adventurous carnivores, it was a banquet to remember. The spread included a savory mix of stews, barbecued ribs and “escondidinho,” a flavorful casserole in northeast Brazil of jerked meat and creamed manioc.

Judges, mayors and local bureaucrats took part in a blind tasting of donkey steak versus filet mignon (the donkey won hands down), and a parish priest even dropped in, lending a grace note to the feast. Another 250 curiosity seekers crowded outside, hopeful for a spare morsel.

What Brito didn’t expect, however, was a civic outcry. Now donkey sympathizers are appalled. “There’s no denying the problem of abandoned donkeys, but the larger question is one of how to preserve animal rights,” says Guilherme Carvalho, director of the Brazilian Vegetarian Society. “We have the same problem with stray dogs and cats, but nobody suggests eating them. It would be anti-ethical.”

Environmentalist Kleber Jacinto, who works for local green group DNA, agrees. “This is no simple problem,” he says, “but the solution is not to slaughter donkeys and peddle their meat to butcher shops.” He argues that this would be a double affront to Brazilians, who have neither the custom of consuming donkey meat nor proper abattoirs to slaughter and prepare the meat. When prisoners in the northeast state of Rio Grande do Norte heard of a plan to serve them donkey meat, “they near mutinied,” he says.

Never mind the delicate matter of religious sensibility. “In the northeast [of Brazil], these animals have a religious appeal,” says Jacinto. “It was a donkey that carried the baby Jesus.” While the bureaucrats tucked into their donkey stew, many people in the northeast were offended and decided to boycott the restaurant, Jacinto says.

Now vegetarians, the green lobby and animal rights activists are calling for Brito to step aside while an independent judicial panel probes his “unethical” campaign. Instead of slaughterhouses, they say the stray donkeys ought to be sent to state-managed farms, where they can roam freely.

They’ll need plenty of pasture. No one knows how many untended animals are roaming the hinterlands. In Brito’s state, Rio Grande do Norte, authorities speak of 20,000 untended donkeys, and some activists say there are 900,000 strays throughout Brazil. Police report capturing up to 40 donkeys a day on the highways of the region. But few people have a sensible notion of what to do with them.

“They’re too big to keep as house pets,” says Carvalho of the Vegetarian Society. “But they should be afforded the same treatment as homeless dogs and cats, with shelters and farms to roam.”

The problem is bigger than Apodi. Throughout the Brazilian northeast, the donkey is as familiar as cacti and corrupt politicians. Once the preferred beast of burden for poor farmers and a cheap form of transportation, lately the amiable ass has been replaced with pickup trucks, buses and motorcycles. And since donkeys need care and feeding, this superseded tool of rural life is being quietly put out to pasture.

It’s much the same in parts of southern Europe, New Zealand and Africa, where the countryside is modernizing and millions have quit the farm for the city, rendering the old ways obsolete. But given the donkey’s penchant for reproduction, these animals aren’t going anywhere, anytime soon.

Rather than eating them, some activists argue that donkeys could be repurposed to pull carriages for tourists or as a tool for therapists. “Equine therapy is quite effective for helping children with autism,” says Jacinto of DNA.

For now, however, Brazil’s surplus donkey problem looks to be as stubborn as the animal itself.