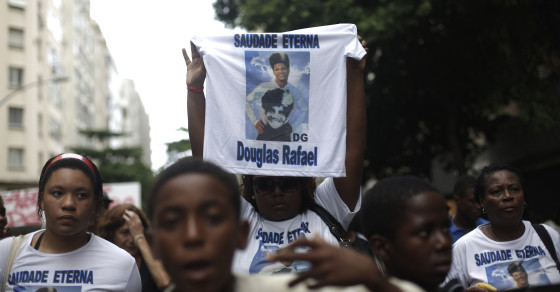 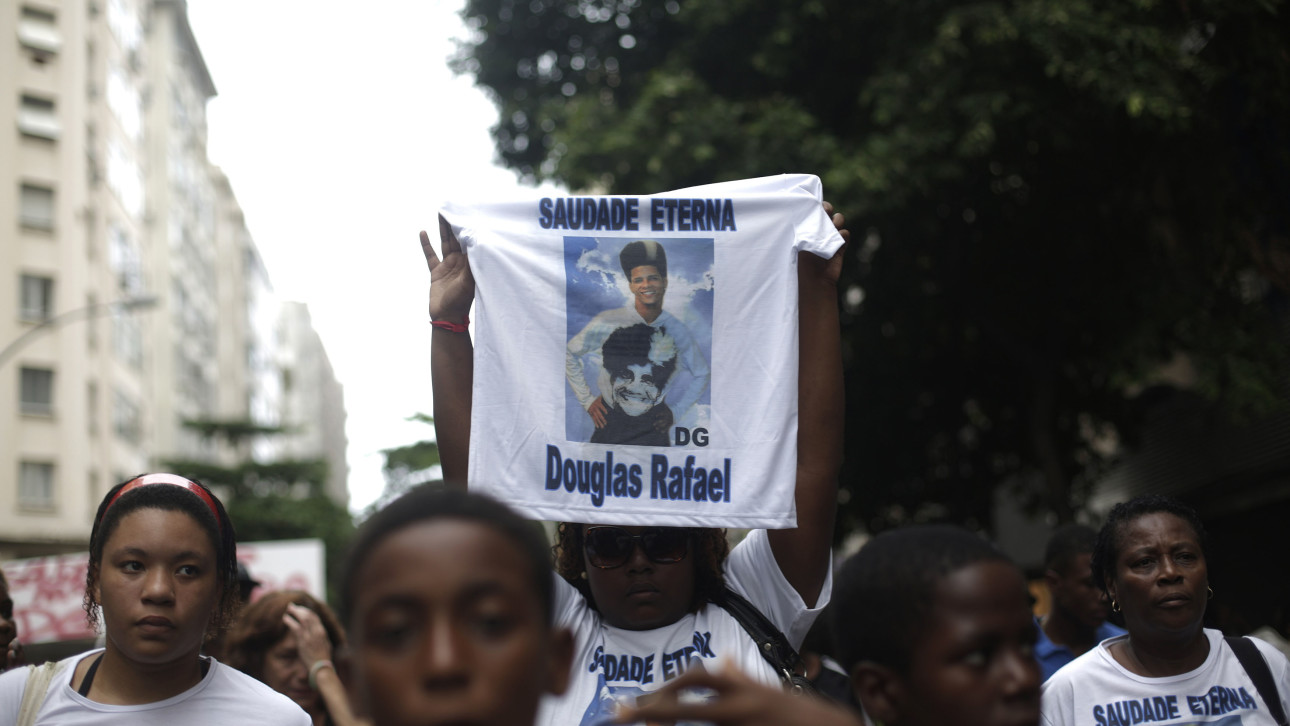 Playful and lithe, with a camera-ready smile, Douglas Rafael da Silva Pereira stood out in Pavão Pavãozinho, a hillside slum overlooking Rio de Janeiro. The 25-year-old dancer was a natural on television, where he earned a permanent slot on the cast of Esquenta, a popular afternoon variety show on Brazil’s TV Globo.

In a way, Silva—known as “DG”—was a fitting symbol of the new Brazil, an upwardly mobile country, confident in its place on the world stage; a place where violence and epic poverty had retreated and talent could rise; a place fit for this summer’s World Cup and the 2016 Olympics.

Things changed late last month when police shot Silva in the back during a raid against a heavily armed drug gang in his neighborhood. Now the favorite son of the slums has become a symbol of a city—and a country—battling for its soul. The economic bubble has burst and once-optimistic citizens are still caught between ruthless criminals and ham-handed cops. “We are prone to exaggerated highs and lows,” says Mauro Osório, a noted Brazilian economist. “Now people are in a bad mood.”

Back when Brazil won its bids for the Olympics and the World Cup, the country’s economy was booming. Its anti-poverty programs were inspiring others in Africa and Asia, and world leaders looked to Brasília as a model of a government that leaned left but still knew how to nurture the free market.

Not anymore. Today the economy looks so lackluster it may drag down growth in all of Latin America. And the state’s once-heralded construction projects have given way to busted budgets and all sorts of bungling. With the World Cup set to kick off in less than two months, local and national leaders are still scrambling to finish arenas, organize public transit and upgrade airports. The government has stripped many projects down to their essentials, scrapped others altogether and managed to overspend on practically everything.

Workers build up the Arena de Sao Paulo Stadium, one of the venues for the 2014 World Cup, in April, just a few months before the competition is set to begin.

The run-up to the 2016 games looks no better. Last week, the International Olympic Committee announced it was stepping in to take over organizing the events. “It’s the worst I’ve experienced,” IOC chairman John Coates told reporters in Sydney on Monday, citing, among other things, contracting snafus and projects for which ground has yet to be broken. “I think this is a worse situation than Athens.”

Nowhere is the picture more troubling than in Rio. Some 600,000 foreigners are expected to descend on the city during soccer’s Super Bowl, converting Brazil’s signature metropolis into a lightning rod for the scandal-sniffing media and a growing chorus of malcontents who’ve missed little opportunity to take to the streets.

Relatives and friends of Silva demonstrate before his funeral in Rio.

Silva, the telegenic dancer, has given them fresh ammunition, and rattled a city that’s accustomed to crime and violence. The morning after the shooting, police recovered his body from the grounds of a neighborhood kindergarten and attributed his death to injuries sustained “during a fall.” No mention was made of the bullet to his back. Smelling a cover-up, Silva’s family, friends and neighbors took to the streets of Copacabana, a popular beachside area, where they clashed with the police. “[The cops] beat him, and when they realized he was from [TV] Globo, they tried to hide his body,” his mother, Maria de Fátima da Silva, told reporters.

Before the conflict ended, a 12-year-old boy was dead, struck by a stray bullet, possibly fired by a member of a local drug gang. The protesters returned the next day, turning the boy’s funeral procession into a protest march, coming up against the cops again and blocking one of the city’s busiest thoroughfares. Now rarely a day goes by without flash demonstrations stopping traffic, torching buses and scuffling with police.

The authorities later confiscated the weapons of the officers suspected of involvement in Silva’s death and took in the men for questioning. “I am a father, too,” Rio Public Safety Secretary José Mariano Beltrame said in a press conference. “This [crime] will not go unpunished.”

Residents of the Pavao-Pavaozinho slum clash with riot police after Silva's burial in Rio.

Silva’s death comes at a time when the police are battling heavily armed criminals in neighborhoods they claimed to have made safe before the World Cup. Since 2008, Rio’s security forces, backed at times by regular army troops, have marched on crime, “pacifying” 38 of Rio’s most notorious urban slum complexes where gangs peddling drugs had taken over.

At first, pacification brought peace and stability to these blighted areas. Violent crime plunged. Property values rose. Classes were no longer canceled because of shootouts. School children from crime-free zones scored twice as high on standardized tests as students across the city.

But as the process has spread, the police have been stretched too thin. Criminals displaced from occupied slums have invaded others, while some traffickers have slipped back into their old neighborhoods. Casualties are rising among the police and the criminals. And many Cariocas—as Rio residents call themselves—may be turning against their paid protectors.

Today Silva is a potent symbol for Rio’s problems. And with the revered global soccer championship fast approaching, many fear that protesters will take to the streets en masse, and Brazil’s notoriously baton-happy police will respond with unrestrained force. In other words, they’re worried that at Rio’s World Cup, the game off the field may be the only one that counts.