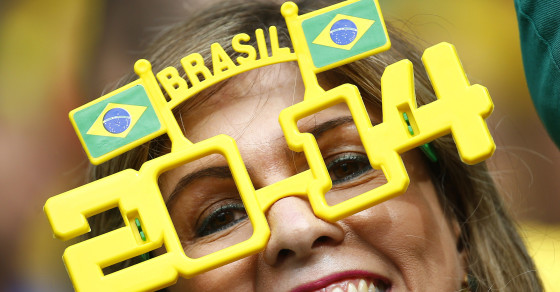 Are Brazil’s World Cup Protests About to Fizzle?
By Mac Margolis

Are Brazil’s World Cup Protests About to Fizzle? 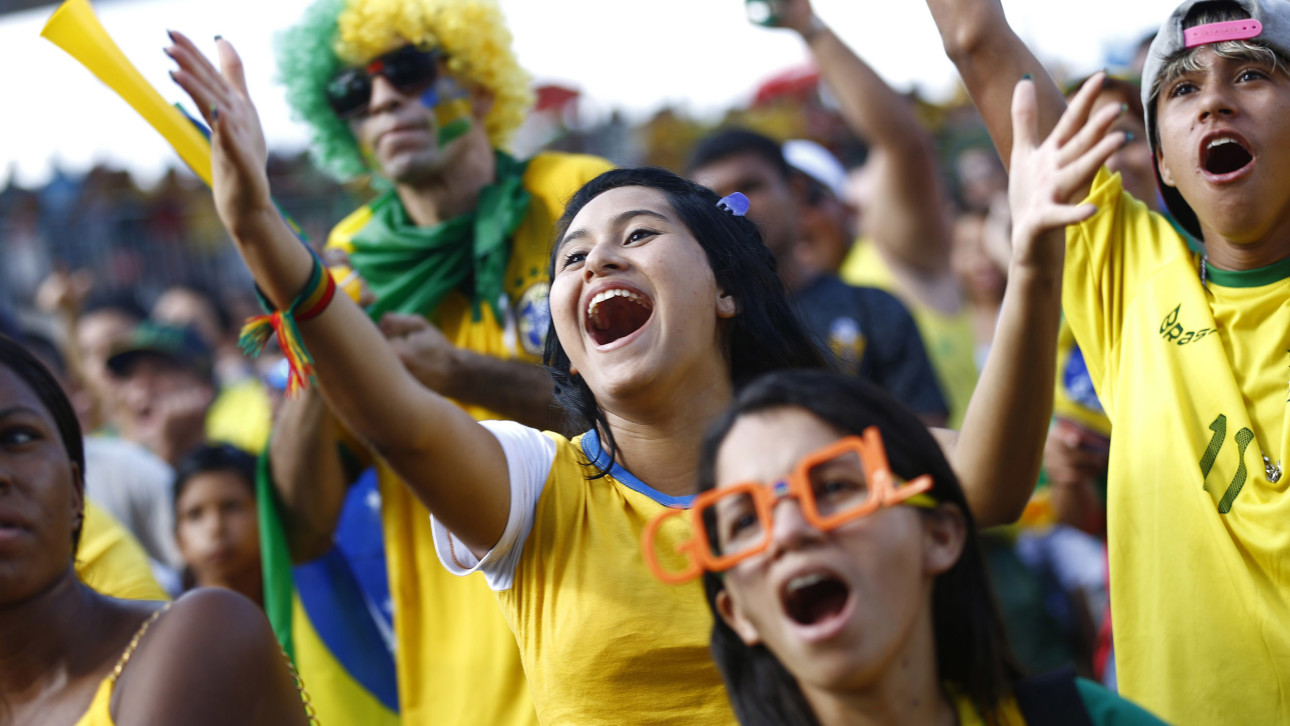 Viewed from surveillance cameras, the country looked like it was under siege. Wearing green and hoisting large banners, Brazilians took to the streets again this week, snarling traffic in dozens of cities across the country.

But hold the gas masks. This wasn’t a reprise of last year’s mass protests, when millions inveighed against the massive amount of money spent on the World Cup and the scraps left over for public services. No, the people crowding the boulevards this week were parishioners, celebrating Corpus Christi, a Catholic holiday that just happened to fall in the middle of this year’s World Cup. Out went the Molotov cocktails, in came candles and incense.

Suddenly, it seems, the foul mood that had swept the nation recently and threatened to engulf, or even scuttle, the World Cup appears to be lifting. Yes, there are still scattered protests. But more often than not, green and yellow, the national colors, festoon the streets and fly from balconies in major cities. On game days, jersey-wearing fans convert the subway cars into rolling carnivals, singing the national anthem as they speed to the stadiums.

Celebration: A man holds a model of the World Cup trophy ahead of Brazil's match against Mexico earlier this week.

It’s not that Brazilians have forgotten their woes. A recent Pew Center survey found record levels of discontent in this country of 200 million. Some 72 percent of respondents still say the country is moving in the wrong direction, up from 55 percent a year ago. Two thirds believe the economy is in the dumps, and four in 10 believe the World Cup will damage, not burnish Brazil’s reputation. Pew senior researcher Juliana Horowitz compared the crash in the Brazilian spirit to the funk in the Egyptian streets during the height of the Arab Spring.

Just a few weeks ago, things looked so bad that authorities were bracing for mayhem and even violence in the streets. Some radical groups vowed to use the tournament to spread chaos. The Black Blocs, a tropical version of European anarchists, have done their level best. On Thursday, a small group of the masked rebels went on a rampage in São Paulo, trashing an imported car dealer and shooting homemade rockets into the streets.

On fire: A demonstrator jumps over a burning barricade during a protest in São Paulo earlier this month.

Tellingly, though, the Black Blocs earned a swift reprimand from the protesters themselves. The rebuke came from the Free Fare Movement, who’d gathered peacefully to commemorate the anniversary of last year’s mass demonstrations, which transformed anger about a bus fare increase into a national rebellion.

“Bums,” “criminals” and “worse than corrupt politicians” were a few of the messages plastered over the movement’s Facebook page in response to the vandals.

The blowback soon spread over social media, upstaging the din from contrarian hashtags like #naovaitercopa (there will be no Cup) and #FIFAgohome. Not only did the thousands of squatters massed outside São Paulo’s Itaquerão arena fail to invade the stadium, as they had threatened, but many of them also defied their group’s orders and snuck away to nearby bars to watch the games and cheer on the home team.

The national headlines this week was over another sort of protest: the wave of furious Chileans who stormed Rio de Janeiro’s Maracanã stadium. Their outrage? The Chile versus Spain match was sold out.

It’s too soon to say whether the protests are finished, or that Brasilia and FIFA are in the clear. Even if Brazilians are not marching, they are hardly ready to embrace their national leaders. President Dilma Rousseff wisely opted not to speak at the World Cup opener on June 12, but drew a sonorous boo in the stadium anyway. A poll this week showed that only 39 percent of Brazilians plan to vote for her in October, when she is up for reelection, and only 36 percent say she is doing a good job. At each Brazilian game, the crowds defy FIFA by belting out an a cappella version of the national anthem, carrying the song well beyond the time the Switzerland based soccer authority’s clocks for opening ceremonies.

Still, many Brazilian social groups riding the popular storm are already hedging their bets. One is Mídia Ninja, a citizen journalism collective that burst onto the scene by live streaming last year’s protests. Now the shifting zeitgeist has forced the group to change its focus.

Ninja activist Felipe Peçanha says the group is diversifying to report on stories that are more commonplace—pollution, deforestation in the Amazon, human rights abuses and political corruption—but also to cover street parties and World Cup fan fests. “The other day we went to Rocinha [a big Rio slum], and everybody was in the street, eating barbecue, drinking beer and watching the game,” says Peçanha. “We have to be where the people are.”

Peçanha feels certain that discontent still runs deep, even if the protests have ebbed. He says that after the World Cup, Ninja will regroup to cover the travails of what he calls “Deep Brazil,” the remote reaches of the country, which ordinarily aren’t on the mainstream media’s radar.

For now, the country’s biggest concern looks to be the lackluster performance of the national team, which looked listless against Croatia in the opening game and was held to a scoreless tie by an inspired Mexican squad in game two. If Brazil’s star striker, Neymar da Silva Santos Júnior, and his fellow footballers shake off their torpor, expect the national spirit to soar again. If not, there will indeed be no Cup to cheer for or protest against.