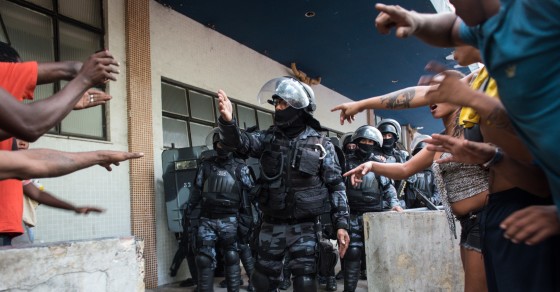 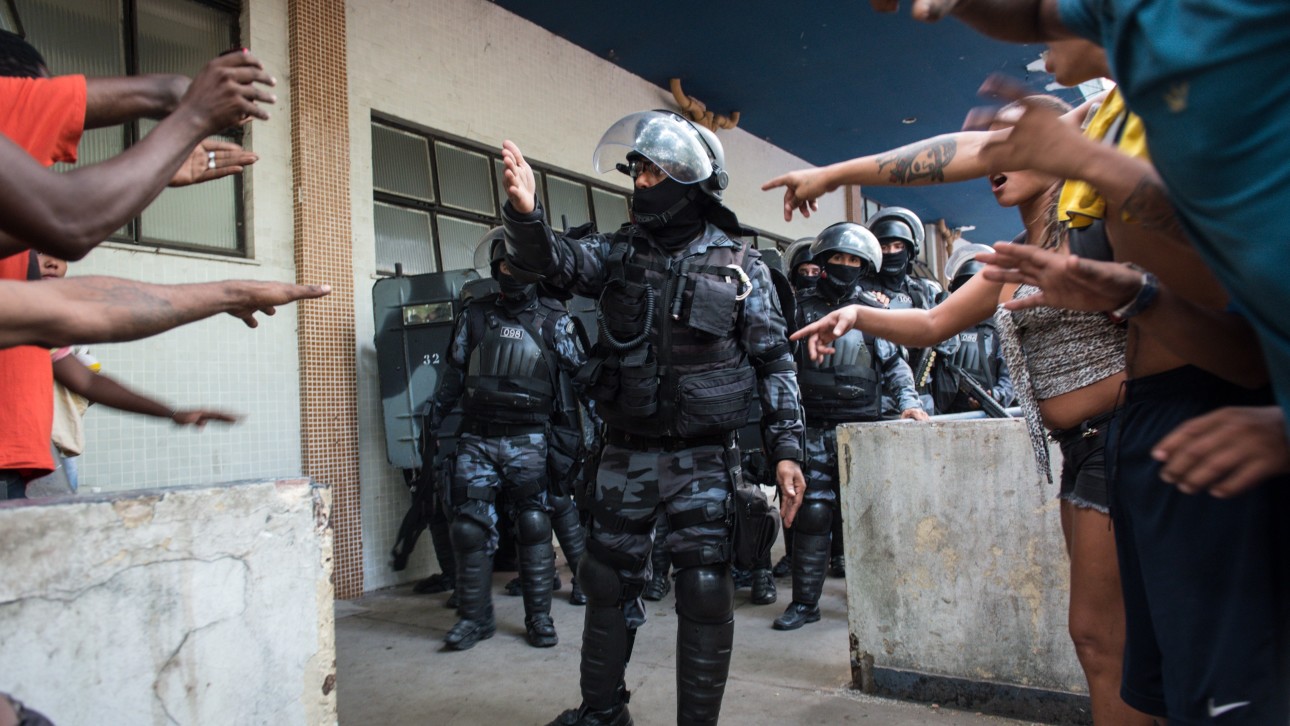 With the World Cup set to kick off in a few more days, Brazilians are anxiously awaiting the roar of the crowd. Yet the throngs in the street are likely to be noisier than the fans in the stadium.

For the past year, while the government has poured over $11 billion into the World Cup (almost 9 percent of the national education budget), Brazilians have been seething over deteriorating public services, failing schools and ailing hospitals. Practically every day brings a new protest, and wherever the demonstrators go, the police tend to follow, often wielding cudgels and cracking heads.

Fear of excessive police force and even torture runs deep in Brazil, according to Amnesty International. The human rights group found in a new study that eight out of 10 Brazilians believe that, if arrested, they may fall victim to brutality and torture.

Lately, however, young men and women have been answering violence with a weapon of their own: social media. After the cops let loose on the crowds in the first in a spate of anti-World Cup protests last year, the demonstrators responded by posting photos and videos of police violence on Facebook, Twitter and Instagram, among other social networks. The content quickly went viral, exposing the stark reality of police brutality in major Brazilian cities.

Civil police officers detain suspects on May 15 after a store was looted during a police strike.

Until then, human rights advocates say, reports of police abuse had been confined to the slums of Rio de Janeiro and poor outskirts of São Paulo, where cops acted in the shadows and few residents dared speak out. Now, however, activists say the social media counteroffensive is helping them win the public relations battle by forcing public officials to curb abuse committed in the name of law and order.

One concrete result has been to smoke out overzealous police officers who behave like brutes but hide their identities. Since the street demonstrations first erupted in June of 2013, protesters have consistently documented incidents of police removing their ID tags from their uniforms to avoid being caught on camera during protests.

“This is a practice that has been around since the military dictatorship [1964 to 1985]. When police intend to use abusive force, they go in without identification,” says André Zanardo of Activist Lawyers, a group of human rights attorneys that is encouraging people to speak out about police abuse. Zanardo says torture by cops often goes unpunished because of the inability of victims to identify their attackers.

Tellingly, some police officers claim that since the protesters often wear masks, they’re doing the same and simply trying to protect themselves. A video posted on YouTube after a wave of protests in late May, for instance, shows a helmeted São Paulo police commander, Col. José Eduardo Bexiga, arguing that his officers had become targets of online harassment, with protesters invading their Facebook pages.

True, but it’s also illegal for officers to remove their ID tags. “In any democratic country, public officials have the obligation to identify themselves,” says José Vicente da Silva, a former commander of the São Paulo military police who also served as national security secretary. “Police are trained so as not to react to provocations, and no officer should fear being identified.”

In part because of popular pushback, military police across Brazil are switching to alphanumeric IDs, swapping the traditional badge emblazoned with a surname and battalion number (ex: Lt. Moura, 44th military police battalion) for an individual serial number. In Rio, the new system is already in place. “We made the change [to numbered ID tags] in response to protesters who sought to identify the policemen with more clarity and quickness,” says Gustavo de Almeida, spokesperson for the military police in Rio. Almeida also denied that individual officers had been harassed on social media.

Although numbered tags are the international standard for police identification, some human rights groups still say that a multiple-digit number is confusing and harder to record in a crowd. But such claims are difficult to sustain in times of cellphone cameras, when citizens document everything, from license plates to police brutality.

A Brazilian Police Special Forces member aims his gun on April 22 as a man walks past with his arms up during a violent protest in a favela near Copacabana in Rio de Janeiro.

Others note that the problem goes beyond officer ID tags, pointing to the failure to punish violent cops. The Amnesty International study found that 83 percent of Brazilians call for vigorous measures to eradicate torture.

However, that might be changing. Currently 25 police are on trial—many of them from behind bars—for the death of a 43-year-old bricklayer, Amarildo de Souza, who was arrested last year in a large Rio slum, and allegedly tortured and killed while in custody. His body was never recovered.

While the national justice system may be precarious, there’s no missing the message from the Brazilian street. With more protests sure to break out during the World Cup, the action in Brazil, it seems, will be mostly off the field.