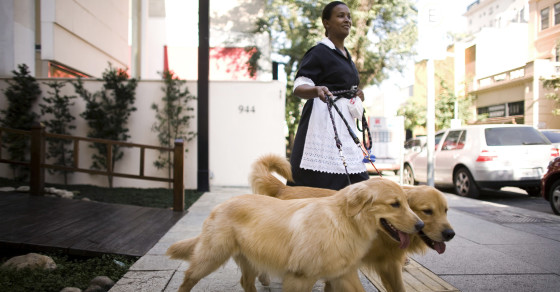 Brazil May Be More Racist Than Donald Sterling
By Mac Margolis

Brazil May Be More Racist Than Donald Sterling 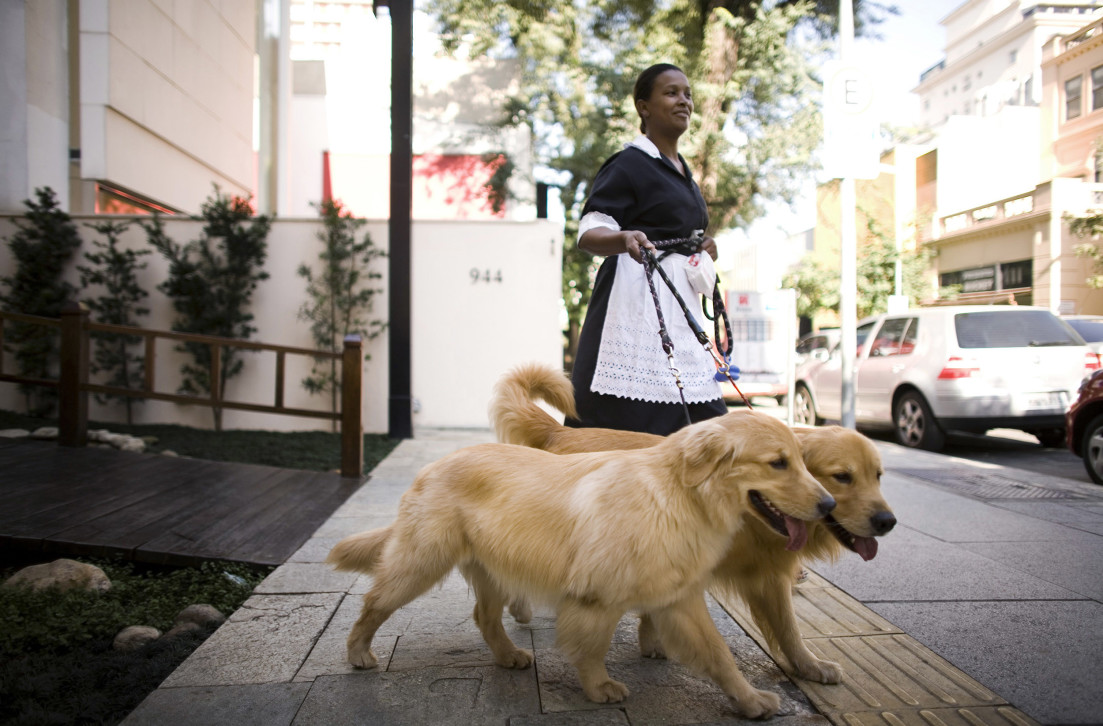 Pro basketball doesn’t usually make anyone’s pulse race in Brazil, but when the Donald Sterling imbroglio hit the news, it set off some unexpected shock waves. The case of the loose-lipped owner of the Los Angeles Clippers, who was overheard berating his alleged girlfriend for keeping company with black friends, certainly got plenty of folks talking about racism here. One of them was a 33-year-old São Paulo marketing executive—let’s call him Delton—who decided to do something about it.

“Sterling was caught expressing racism in a private conversation,” says Delton, who asked not to be identified by his real name. “I got to wondering about Brazil. What do people say in public?”

A housekeeper in Sao Paulo.

Delton started scouring the web for clues. The result was My Maid, a Twitter feed he created dedicated to broadcasting racist remarks by fellow Brazilians. In a country with more domestic servants than anywhere else in the world—many of them poor, black and from the northeast—he found a gold mine, so to speak. Launched this week, My Maid now has more than 7,700 followers and a laundry list of insults that might make an NBA mogul blanch. Delton recently spoke to me about what comments stuck out and what they say about racism in Latin America’s largest country.

How did you go about searching for racist conversations in Brazil?

On Twitter. I started scouring pages for comments and attitudes, using keywords like “my maid,” “black” and “northeasterner.” I knew there was racism out there, but what I found startled me. How do people have the courage to say some of the things they do, and in public?

That whore of a maid of mine makes so much noise she seems like she's wrecking the house - I'm so angry, I woke up with a headache again.

What are some of the comments that stuck out?

Oh, lots of them. “My maid is so stupid, I sometimes feel like carving her fat with a kitchen knife,” someone posted. Another said, “I gave a Prada scarf to that Mexican anteater [for some reason, a Brazilian symbol for stupidity], and she used it as a rag to mop the floor.”

This is the 21st century. Where do you think this comes from?

I never imagined racism was dead, but I imagined it had started to fade. Apparently not. This harks back to colonial times, when some people were other people’s property. People seem malicious and spoiled. It’s as though it never occurred to them that those who work in their homes are people, too. They need to make a living, just like everyone else. What surprised me most is how many young people say racist things. They’re like pampered kids.

There's a woman sitting next to me using the same perfume as my maid...I'm almost vomitingggg

Interesting that these attitudes still flourish at a time when Brazil has tightened labor laws to protect domestic workers. Specialists say house servants are a vanishing class. Could this be resentment?

Perhaps. In Europe, hardly anyone has domestic servants anymore, and almost no one has live-in maids. In the U.S., middle-class people do their own housework. Here, that’s considered work for blacks. Millions of people keep maids. It’s like they are property, not people!

With all this prejudice, do you think that your blog will have any impact on the public conversation?

I hope so. I don’t want to draw attention to myself, but I’m encouraged by some of the reactions to the page. Many sons and daughters of maids and doormen have written to express their support. So have many others. One man, Thiago, even posted a self-criticism, saying that after visiting the page, he realized he, too, had said many of the same things. Now he would think twice when talking about domestics.

Do you have a maid?

No, I live alone and clean the house myself. I grew up with a maid or nanny, though. We always treated them as part of the family. My mother and father worked all day, so I thought of my maid as a second mother.

For someone like me who is a northeasterner and the daughter of a maid, to see this [Twitter] feed is pretty shocking.