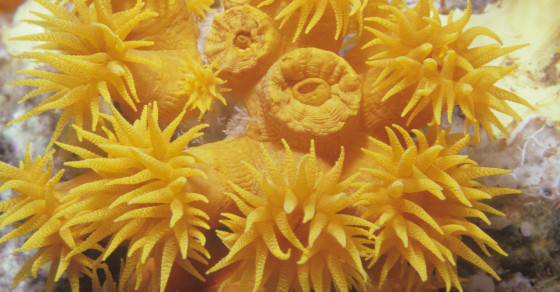 Bio-Invasion: The Biggest Threat to Brazil
By Mac Margolis

Bio-Invasion: The Biggest Threat to Brazil 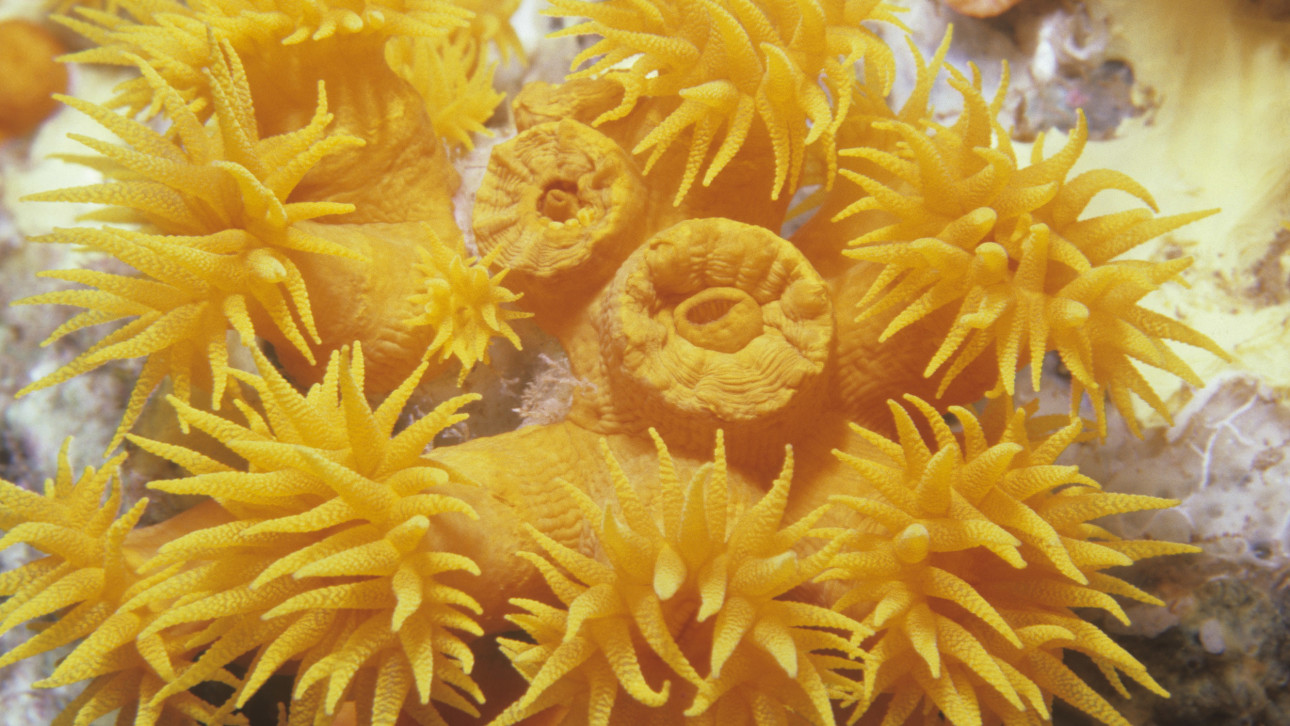 At first glance, it looks like a Van Gogh canvas come to life. Brilliant orange and yellow bouquets dance in an undersea garden. But scientists know better. “This is an invader,” says Joel Creed, a marine biologist at the State University of Rio de Janeiro. “It’s one of the worst biological threats to have hit the Brazilian coastline in the last 30 years.”

In textbooks, the culprit is called Tubastraea, a catchall word for a family of exotic creatures native to the Pacific Ocean. In layman’s terms, it’s called sun coral, a species named for its fiery, lily-like bloom. Despite its allure, this comely coral is a killer. Oil workers first spotted it in Brazil in the 1980s on the underwater girders of a drilling platform in the blue waters just north of Rio de Janeiro. No one thought much of it. The hulking rigs are magnets for all kinds of fish and barnacles. But nothing as lethal as sun coral had ever arrived on the Atlantic coast of South America before.

Orange sun coral has become a menace in Brazil.

Now, 30-odd years later, it’s everywhere along 2,000 miles of coast, from Santa Catarina in the south to the balmy northeast coast. Like all reef corals, the Tubastraea is a colony of creatures thriving inside hard, tube-like structures that multiply at astonishing rates. Once a beachhead is established, there’s no turning it back. Sun coral colonies are ecological imperialists. They steal micronutrients from the currents, starving native coral and other sea creatures. Commercial fisheries report depleted stocks of mussels, oysters and even sea bass. In time, the coral turns the ocean into nothing more than a wet, salty desert.

Forget tsunamis, earthquakes, massive oil spills and Al Qaeda. Scientists say that one of the biggest threats to the planet is bio-invasion. The menace comes from legions of creatures, from the mammoth to the microscopic, moving across the planet by air, land and sea. Some stow away on airplanes, while others swim in the ballast tanks of cargo ships. They love free trade, whisking around the world regardless of borders or customs inspectors. Some even hitch a ride on the soles of shoes. “They take the wildest paths,” says Evaristo de Miranda, an agronomist at the Brazilian agricultural research center, Embrapa.

Opened and unopened polyps of a Tube or Cup Coral, Tubastraea.

Along the way, these bio-invaders deplete fisheries, foul tourist getaways and choke off cooling ducts for hydroelectric dams. The economic toll is staggering: $1.4 trillion a year worldwide, according the Nature Conservancy, an environmental group. A few traffic deadly diseases, such as the capybara, an outsize tropical rodent that carries the lethal, tick-born illness, Rocky Mountain Spotted Fever. “Biological invasion is one of the worst pollutants,” says Creed, the Rio-based marine biologist. “An oil spill or contamination by chemicals generally recedes with time. Bio-invasion just keeps getting worse.”

Not all imported plant or animal species are hazardous, of course. Without exotic species, California would have no palm trees, and we’d still be buying corn from Mexico. The problem is when visitors become invaders, trampling through their adopted homes. One of biology’s riddles is that plants and animals often fare better far from home. Though plenty perish on the journey, the ones that survive often become bullies.

In the Pacific Ocean, other corals and marine animals, coupled with extreme temperatures, keep the sun coral in check. But balmy Brazil is a pushover, with its steamy temperatures, 5,000-mile coastline and a paucity of alpha competitors in the animal and plant world. What pushes Brazil into harm’s way is the fact that this continent-sized land has become the world’s emerging breadbasket, converting huge tracts of forest into dream fields of export agriculture. “Brazil sits on one the largest swaths of tropical farmland in the world,” says Marcelo Lopes Silva, a quarantine specialist at Brazil’s Embrapa.

An aerial view of a tract of Amazon jungle recently cleared by loggers and farmers near the city of Novo Progresso in Brazil.

The hothouse climate, year-round sun and stretches of single crop plantations are a welcome mat for biological intruders. Not surprisingly, infestation spiked starting in the 1960s and 1970s, when the country plowed inland, felling forests to carpet the land with cash crops like soybeans, corn and beef cattle, which now kick in a fifth of the country’s $2.5 trillion gross domestic product. Add global warming, which suits a host of weeds and pests, and it’s a biological perfect storm.

Pasture grass was imported from Africa, on the bet that the long, hardy fodder would stand up to the punishing sun and rain of the American tropics. But so did the exotic bugs and germs that came along with it. One trespasser was the Helicoverpa, a caterpillar known to Asia and the Mediterranean that showed up in Brazil a couple of years ago with an appetite. No picky eater, it feeds on beans, cotton and lettuce, with a sweet tooth for the reproductive structures of the plant, rendering its hosts sterile. Damage from the fuzzy green crawler runs $1 billion a year.

Another is Asian soybean rust, a disease caused by fungus that attacks the leaves of soybean plants. This pest arrived silently, possibly hitching a ride on transatlantic air currents, somehow landing in the middle of the South America grain belt. Over the last decade it has caused so much havoc—close to $10 billion in damages since 2002—that many swear it was planted there by foreign bioterrorists, plotting to sabotage Brazil’s premier export crop.

As difficult as it is to prevent, bio-invasion is even harder to eradicate and requires an epic battle to control. Tens of thousands of researchers are tinkering away with so called green solutions, such as bugs that eat other bugs, chemical-exuding plants and even viruses “weaponized” to target invaders. One plan to rescue ailing coral involves inoculating the stricken reefs with a virus, called BA3, loaded with genetic material that attacks bacteria. The best way to combat sun coral is to haul the oil rigs and drill ships to shallow waters or dry dock to scrape the hulls clean, or else to deploy legions of scuba divers to chisel off the invaders underwater.

To confront this biological menace, Brazil and other countries may have to shed some of their shibboleths. One is that nature must be left alone. “There is no such thing as nature anymore,” says Evaristo de Miranda. “Man has altered every landscape, including Brazil’s. We have a responsibility to keep managing the environment.”

The implications could make green groups blanche. Consider the boar. Imported from Europe decades ago by Latin livestock enthusiasts, the oversized tusked pig had other ideas and now is a national scourge in Brazil. Farmers in the western farm belt state of Mato Grosso do Sul last year reported a loss of at least 30 percent of their crop to the animals, which travel in packs and weigh up to 600 pounds.

After years of trampling fields, devouring harvests and causing road accidents, last year Brazil finally made it legal to cull these feral beasts. But licenses are expensive (about $860) and the restrictions so vexing that many growers shoot them on the sly. Animal activists are incensed at these hunting practices and have lobbied legislature and taken their complaints to the web.

“In the countryside, we are seen as citizens,” says Rafael Salerno, a hunters’ spokesman. “In the city we are bandits.”

When it comes to battling Brazilian bio-invasion—from killer coral to wild boars—it’s hard to know what’s more daunting: the scientific challenges or the spin?