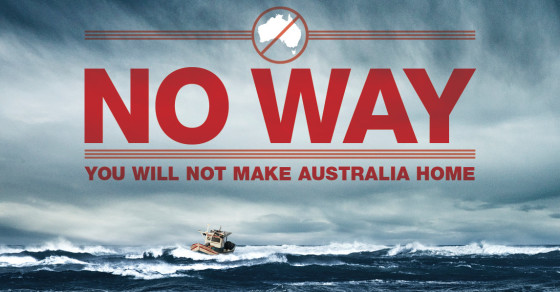 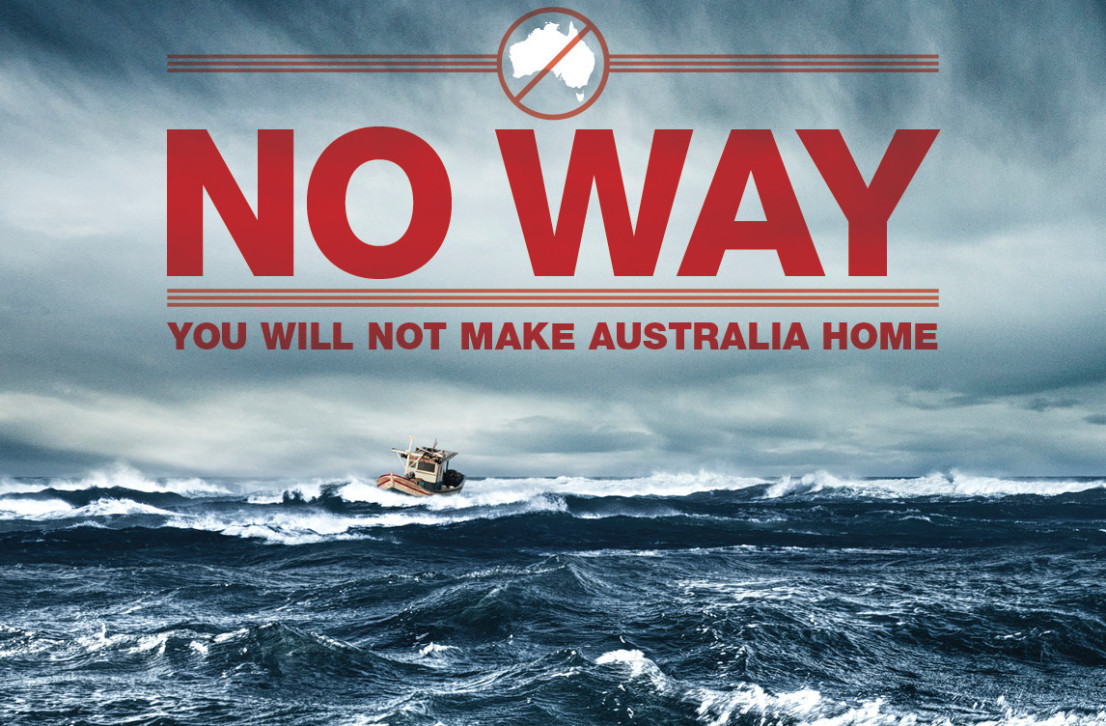 “NO WAY,” the ad declares in bold red letters over an ominous background featuring a small rickety boat on a churning sea. “YOU WILL NOT MAKE AUSTRALIA HOME.” To a tourist in Australia, the ad seems unwelcoming. To its real target—people sailing to Australia to escape the oppression and violence in their home countries—it’s just plain cruel.

The blatantly exclusionary ad is part of a campaign by the Australian government’s military-led border security plan, called “Operation Sovereign Borders,” to prevent asylum seekers from thinking they can settle in Australia. “If you get on a boat without a visa, you will not end up in Australia,” the advertisement says. “Any vessel seeking to illegally enter Australia will be intercepted and safely removed beyond Australian waters.” The ad appears in English, Urdu, Dari, Pushto and Hazargi; it also surfaced in Pakistani newspapers on Friday.

Proponents of the ad might suggest that its aggressive tone could potentially save lives by scaring people from making a perilous sea journey. But the Australian government has also ramped up punishment for those who make landfall safely. Anyone who arrives to Australia on an unauthorized boat is refused residency and held in a detention camp, Pakistani publication Dawn reports. The government keeps refugees from ever settling in Australia by placing them at one of two offshore centers: one on Nauru, the other on Manus Island, in Papua New Guinea. As of September, about 3,300 people were seeking asylum in Australia’s offshore detention centers, according to Amnesty International.

The Australian government’s campaign to stop asylum seekers in their tracks has been criticized by human rights groups for its perceived bigotry and disregard for human life. “Almost all the deaths at sea have been caused by the appalling response of Australia’s search and rescue services, who have been told to prioritise stopping boats, not saving lives,” writes the nonprofit Refugee Action Coalition Sydney. Hundreds have died attempting to journey to Australia from Afghanistan, Sri Lanka, Iraq and Iran on old and dangerous boats. Meanwhile, the Australian government extended Operation Resolute, which includes Operation Sovereign Borders, and allocated $60.3 million toward it for the 2014-2015 budget period.

On the website “Sorry Asylum Seekers”, started in February, dozens of people posted photos of themselves holding up signs with written apologies to those seeking asylum. The site’s creator, who goes by “Ryan,” explained that its purpose is to infuse the asylum debate with humanity. “However you assess Australia’s obligations under international law, surely we can all agree that as a rich country we should treat those in our care with respect?” he writes.

Unfortunately the government’s campaign wants nothing to do with making the conversation more humane.