These Bears Were Rescued From Abusive Circuses 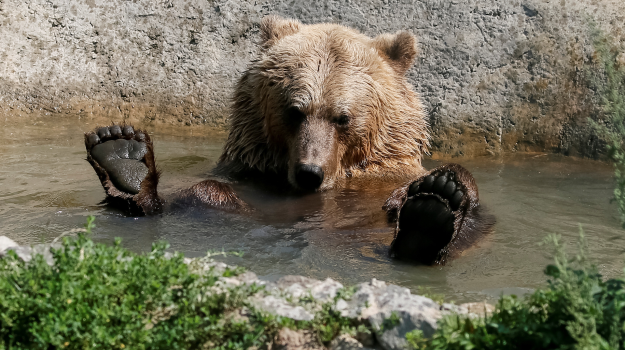 A Ukrainian rescue group is giving bears a second chance at life after saving them from abusive circuses.

The Nadia Shelter, meaning “hope,” is based in the Berezivka village, around 93 miles from Kiev, Ukraine’s capital. Founded in 2012 by the international organization Four Paws, the center focuses on giving the mistreated animals a second chance at life in a cruelty-free environment.

Currently, the shelter fosters five rescued brown bears, two of whom spent 10 years locked in small cages and were only allowed out on chains or to perform in circuses.

The shelter has plans to build a second rehabilitation center, where 20 more bears will be given a safe new home.