How One Country Handled Statues From Its Controversial Past 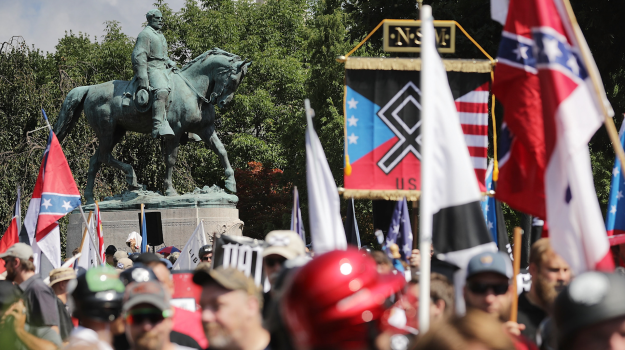 Ukraine has officially removed all 1,320 statues of Vladimir Lenin in parts of the country still controlled by the government.

In 2015, the Ukrainian government issued a law to remove the statues of the communist leader, but citizens began to do this themselves in 2013 as part of the Leninopad (“Lenin falls”) campaign. At least 778 statues were torn down during the campaign in an effort to rid the country of Soviet-era symbols. Then, the government passed a law to remove all the remaining ones.

News of the campaign’s completion arrives alongside an intense debate over Confederate statues in the United States. American cities, such as Baltimore, have taken down their Confederate monuments, while the state of Alabama plans to erect a new one later this month. While it might seem easy to draw parallels between the two countries, the United States is not passing laws regarding public statues. Still, activists are applauding Ukraine for their efforts to remove the contested images.