These Bears Were Rescued From Abusive Circuses
By Jeff Donlan
RUSSIA 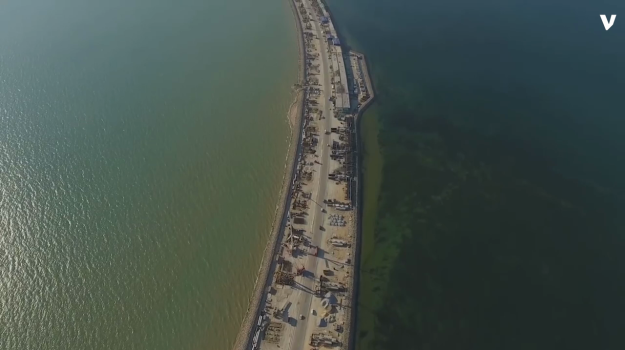 The Kerch Strait Bridge will run 12 miles, connecting Russian-occupied Crimea to the mainland. Putin began construction of the bridge immediately following the Russian invasion of Crimea in 2014.

While Putin, who awarded the $4 billion construction contract to his longtime friend Arkady Rotenberg, calls the bridge a “historic mission,” western countries believe it violates international law. As a result, sanctions have been imposed to delay its construction.

But if sanctions didn’t stop Putin from annexing Crimea, why would they stop him now?