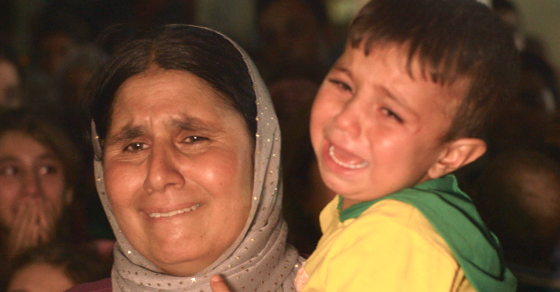 The Battle of the Mosul Dam: On the Front Lines in the War on ISIS
By Lindsey Snell

The Battle of the Mosul Dam: On the Front Lines in the War on ISIS 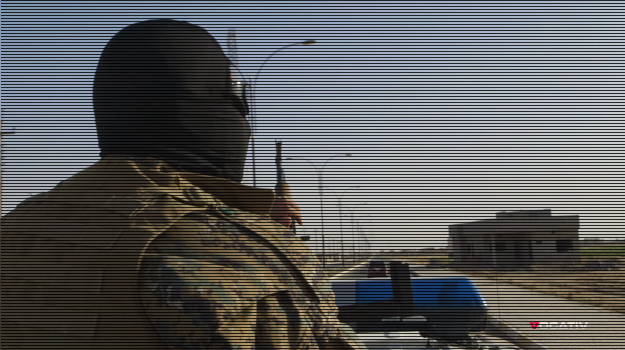 As ISIS continued its conquest of the northern and western parts of Iraq, the extremist group advanced into Kurdish territory on Aug. 7 and besieged tens of thousands of Yazidis—a religious minority local to the area. The jihadi army had already killed at least 500 Yazidis before President Obama authorized a series of air strikes against ISIS outposts in Kurdistan.

As part of our collaboration with MSNBC, Vocativ producer Lindsey Snell was there while the scene unfolded.

Amidst abandoned children crying for their mothers, Yazidi refugees chanted, “U.S.! America! Obama! Obama!” They pleaded for the United States to come to their aid. “They’re killing us on the mountain,” a Yazidi man begged. “Our families are there. Please, please. They took our honor, our money, our everything we had. Our girls, our guys, everything we had.”

In opposition to the Yazidi religion, the Islamic State (commonly called ISIS) slaughtered Kurdish locals and forced women to marry their fighters. But it was not just civilian lives at stake. ISIS also took control of the Mosul Dam, which is critical to the security and stability of a wide region of Iraq’s infrastructure. While a combination of Peshmerga troops and U.S. air strikes eventually retook the dam from ISIS, the terrorist army’s temporary control of it marks the first time the group has had the ability to cause mass destruction.

“They could theoretically flood large areas through their control of the dam. The threat gives them a lot of bargaining power. It allows them to control the sources of electricity,” said Shadi Hamid, a fellow of Brookings Institution, a U.S. think tank, speaking before the dam’s liberation. If ISIS had collapsed the Mosul Dam, a 65-foot wall of water would have been released, potentially killing upwards of 500,000 people.

In addition to that, with ISIS focusing on such a crucial and possibly dangerous piece of infrastructure, the Brookings Institution believes the U.S. can and will become more of a target as the situation in Iraq escalates.