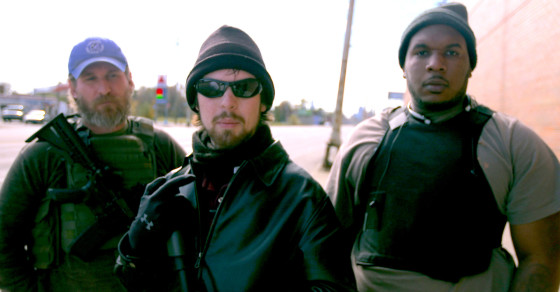 In America’s Most Violent City, You’re Free To Carry A Semi Automatic Weapon
By Trevor Cohen

In America’s Most Violent City, You’re Free To Carry A Semi Automatic Weapon 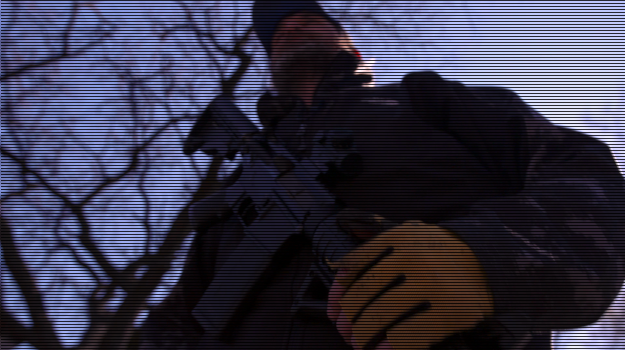 In a time when the police shoot 12-year-olds on sight for carrying fake guns, it’s odd to see a line of locals leisurely strolling down the sidewalk armed with high-powered rifles. But in Michigan, cops aren’t the only ones who walk around with their firearms on display. If you are a legal gun owner over the age of 18, you can strap an AR-17 to your chest and go about your day as long as you are on foot—no permit required.

In partnership with MSNBC, Vocativ followed a group of open-carry activists called Hell’s Saints, who parade their guns through different Detroit neighborhoods in an attempt to ignite a conversation within the community.

“We really don’t want to cause any panic or fear,” James Baker, founder of Hell’s Saints, tells us. “[We do this] for the purpose of informing people and getting their attention about the fact that they have the right to protect themselves as well, nothing more.”

And most of Detroit’s citizens are actually cool with the state’s open-carry laws. “As a manager, being here in Detroit, I don’t mind it. …I love it,” says Tommy, the manager of the American Coney Island diner. “You know, I don’t know who’s coming in this building…and if I have a problem in here, I hope there’s a good guy with a gun while I’m working.”

However, the public presence of guns does leave some unarmed bystanders on edge. “I don’t really feel safe when people walk in with guns,” says a little boy who was having lunch at the diner.

Michigan is just one of 44 states where openly carrying a gun is legal. In 13 of those states, a permit is required to do so.