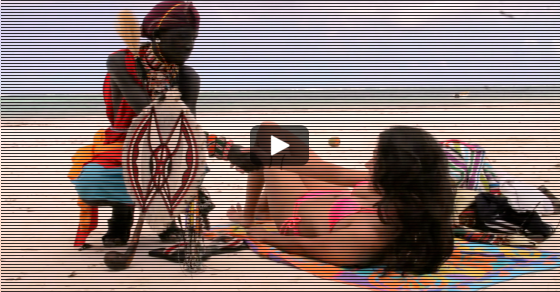 The Beach Boys: Objects of Desire
By Sam Matthews

The Beach Boys: Objects of Desire 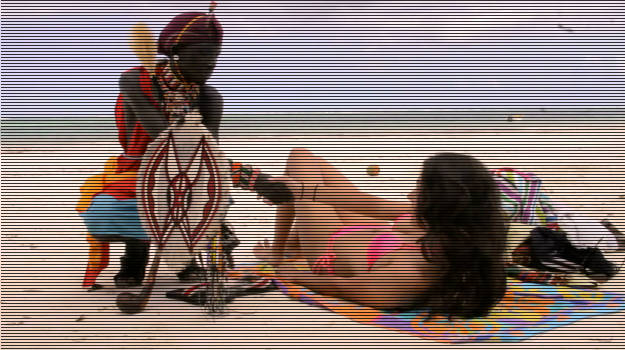 There is a conventional piece of wisdom among the storied Samburu and Masai warriors of Mombasa, Kenya. It holds that white women will travel great distances to fuck them.

This wisdom, in part, derives from a wildly popular 1998 book by Corinne Hofmann: The White Masai: My Exotic Tale of Love and Adventure. Over the course of her 320-page autobiography, the author reveals how she left her husband for a warrior and bore him a love child.

The “true story” seemed like a myth, so Vocativ went to the area to investigate. What we learned far exceeded our expectations. Ms. Hofmann wasn’t the first and she certainly won’t be the last.

Here’s the download: White European women, especially Germans and women “of a certain age,” do indeed flock here in droves looking for sex and, in some instances, love. Across the web, there are numerous forums and Facebook fan groups, some with hundreds of active members, devoted exclusively to the joy of such romances. Apparently, warriors just do it better.

But these warriors’ monopoly on the German beach bunnies (er, rabbits) is currently in jeopardy, threatened by a motley crew of Rastafarians, known as “Beach Boys,” who are increasingly encroaching on warrior territory. Watch our short film, and see, firsthand, how the battle for male prostitution supremacy is playing out—and how conventional wisdom became weirdly conventional.

WANT TO WATCH MORE AMAZING VIDEOS FROM THE DEEP WEB AND BEYOND?

Almost Converted at BronyCon: Why do grown men dress up as magical horses?

Hell On Wheels: Meet the Bosozuku Girls of Japan