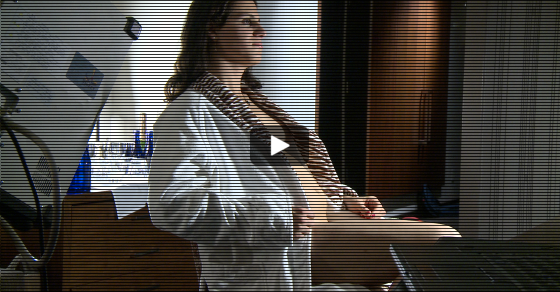 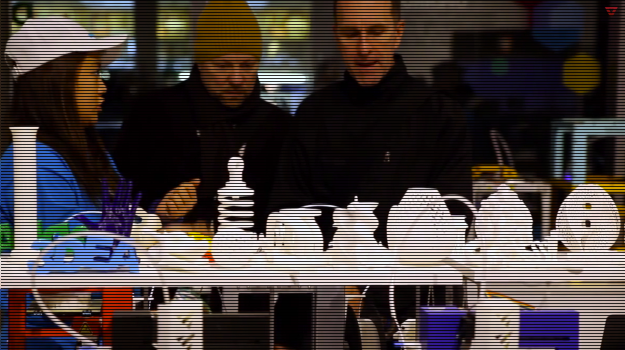 It’s always uncomfortable asking strangers for money, especially when you have to explain it’s for a sex change. Transgender people can find themselves in this awkward predicament too often, having to discuss something so private so publicly. Faced with this issue, Rebecca Kling decided to get creative.

“I’m sort of loving that it’s making people in my life uncomfortable,” she says, “whereas they for so long had been making me uncomfortable in dealing with trans issues.”

But more than just adding humor and breaking the ice, she says this method also makes the monetary exchange more personal and meaningful. “Rather than saying, ‘You can give me $50 dollars to help me fund this surgery,’ I can say, ‘and now you’re going to get something that is both metaphorically and almost literally a part of me.'”

This idea that started off as a “wouldn’t it be silly if…” conversation while drinking with friends that became a reality for Kling when she came into contact with the owners of sex toy company the New York Toy Collective, who offered to make an almost exact mold of her penis—veins, creases and all—using the latest in 3D technology. “With the 3D scanning technology, you can get a scan of your body parts in just a matter of seconds,” says New York Toy Collective co-owner Laura Parker, “rather than having to keep yourself in a mold for several minutes—which can kind of be gross and uncomfortable.” A Minolta Vivid 910 laser scanner takes five to seven shots from different angles to composite a digital image, which is then sent to a 3D printer to create what is likely today’s closest attempt to an exact mold of a penis.

With a donation of $40 dollars to her crowdfunding site, you can order Kling’s penis as a candle, or for $100 dollars you can get that candle with Kling’s edible Hershey chocolate penis. As ridiculous as the nature of this fundraiser is, for Kling, the reason why she has to do this in the first place is serious. Her health insurance will not cover any transition-related needs, as they are considered elective procedures rather than medical must-haves. Even getting basic health care was difficult for Kling—she was repeatedly denied it because of pre-existing conditions. “I was never explicitly told that I wasn’t allowed insurance because I was trans…but talking off the record with insurance agents, that was the real reason,” claims Kling, who managed to find a provider only by paying more money because she is in the high-risk pool of customers—again, she believes, because she is trans. While she is able to pay this higher premium with family support, she says she knows many who can’t. “That was a reminder that being trans can be dangerous for your health in institutional ways.”

With the support of friends and family, Kling held a fundraiser event in March earlier this year called Becca’s Vagification Celebration. A carnival-themed party with a variety of sex-positive activities such as a radical consent spanking booth, a cuddle corner and, of course, games such as the cock ring toss and an arts and crafts table where you can buy and decorate plaster-of-Paris ornamental versions of Kling’s penis.

Kling says that while people might see her methods as excessive and overly sexual, to her they represent a celebration of all the things she feels are important to her. “I feel at home in the trans and queer communities,” says Kling, adding that many of her guests identify as polyamorous, sex workers, kink enthusiasts or simply non-gender normative, and have a healthy attitude toward sex and bodies. “Cause when you’re outside the norm, you have to talk about it and negotiate it,” Kling says, “negotiations that most cis [non-trans] people, or straight people, don’t need to make as they walk through the world.”

From the party itself, Kling made a profit of $1,400, and to date she has raised almost $7,000 for her surgery coming up in late December. Despite not reaching her goal of $20,000, she says the party and the molding project were a major success in that she achieved her ultimate goal of making the journey to her big day less scary and more fun. She also successfully stirred the needed conversation around the politics and lack of trans health care that put her in this position in the first place.