This Russian Female Boxer Fights As A Man 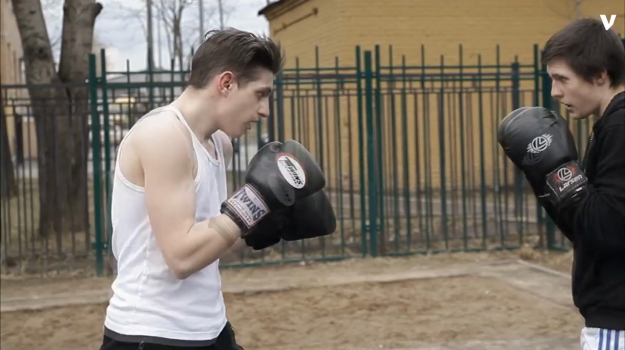 Box like a girl? Well, this Russian woman fights with the men.

Tatyana Dvazhdova started training about five years ago, but soon realized that competitions for women were scarce. So, the 22-year-old shaved her head, grew her leg hair, and started fighting as “Vladimir.”

Fighting as a man, she has already won three fights against men. When she’s not defeating men inside the ring, Dvazhdova is fighting for gender equality in sports.