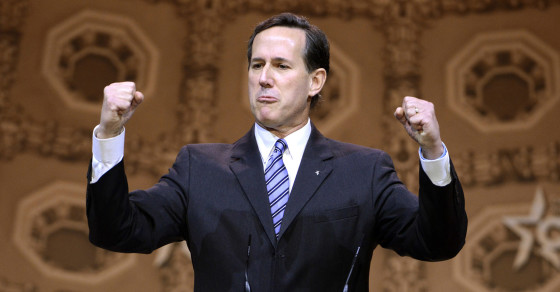 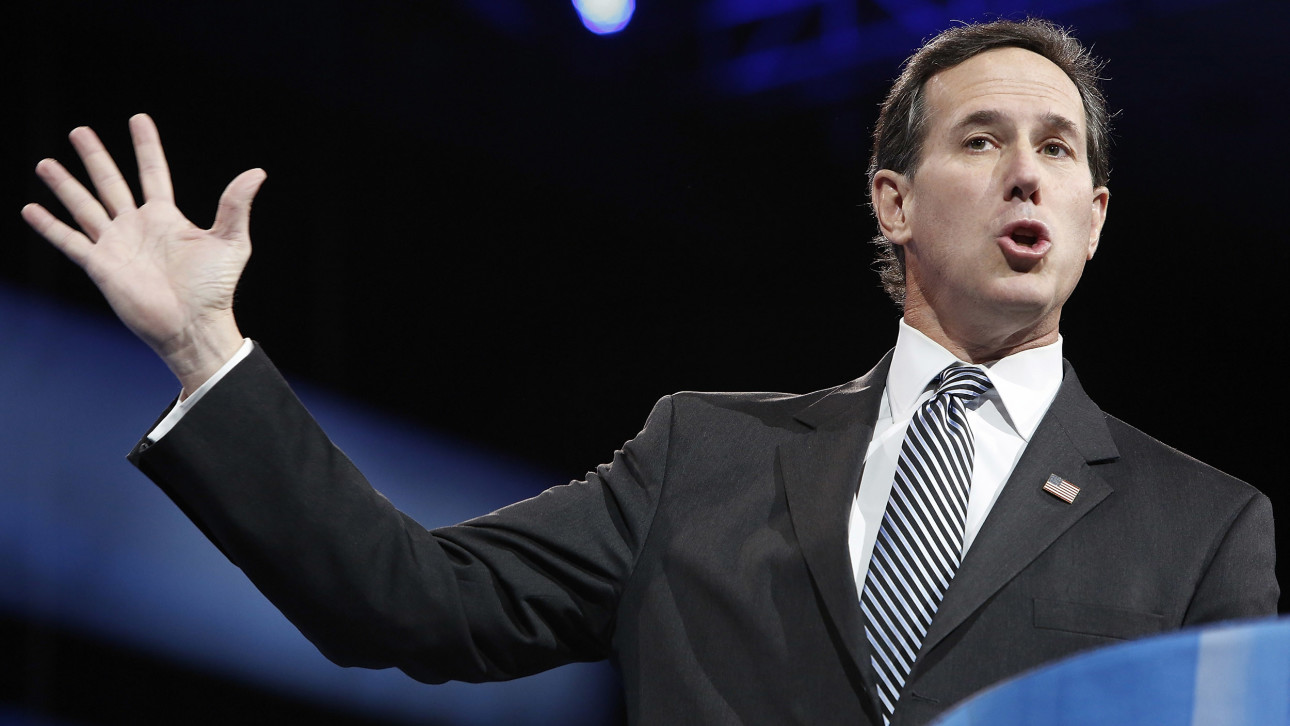 One Generation Away is a new documentary about “religious freedom”—the hot conservative rallying cry of the moment—and comes off as a kind of evangelical version of An Inconvenient Truth. It argues that the right to practice religion is currently under threat in the United States. But the film’s version of religious freedom is a decidedly Christian one: It will be released this September not in theaters, but rather in thousands of churches across the country.

That’s the distribution model for Echolight Studios, a “faith and family” production company headed by Rick Santorum, the former Pennsylvania senator (he lost his seat in 2006) and 2012 Republican presidential candidate. Santorum has a knack for incendiary statements and promotes an uncompromising brand of ultra right-wing orthodoxy. For instance, during a 2011 interview, he said, “One of the things I will talk about, that no president has talked about before, is I think the dangers of contraception in this country.” A year later on the campaign trail, he caused an uproar when he attacked John F. Kennedy for a famous 1960 speech that advocated for the separation of religion and politics. “To say that people of faith have no role in the public square?” Santorum said. “You bet that makes me want to throw up.”

Santorum on the ACLU: "They believe their freedoms are the highest freedoms, but that doesn’t mean they’re right for society."

One Generation Away takes a milder tone but is no less brazen. It revolves around several major court cases. There is Hobby Lobby, in which the owners of a private company refuse to provide contraception coverage for their employees. There are bakers in Oregon who decline to bake a cake for a same-sex wedding. And there are cheerleaders in Texas who defy authority and paint signs with biblical messages on them for football games. All of them are depicted as being unjustly persecuted. For example, after the bakers refuse to whip up a cake for a lesbian couple, they’re removed from referral lists and ultimately the cake shop is forced to close.

In every situation, familiar conservatives like Mike Huckabee and Tony Perkins—the leader of the Family Research Council, which is considered an anti-gay hate group by the Southern Poverty Law Center—are rolled out to indict religious discrimination. These crusaders are pitted against the usual liberal suspects: a lawyer from the American Civil Liberties Union (ACLU) and a couple of professors.

We spoke with Santorum about what religious freedom actually means.

Does One Generation Away advocate for a particular point of view?

No question. We come down on one side.

So why bother putting the ACLU lawyer or the liberal professor in the film at all?

Did you find their arguments compelling?

The answer to that is no. They believe their freedoms are the highest freedoms, but that doesn’t mean they’re right for society.

So what’s the goal of One Generation Away?

To bring awareness. Religious liberty is one of the things that, if you get it wrong, it leads to all kinds of other problems down the road. And I think right now we’re getting it wrong. Look at the civil rights movement. That was brought about by the church. But now people say the church is on the wrong side, so let’s shut the church up. That’s wrong. Having a moral compass is good for America.

The movie argues that the observant are being forced to practice in private, for few hours in church on Sundays. But on a personal level, can’t you observe your religion wherever you want?

Not necessarily. You can’t pray in school, but it’s good to have prayer. Are people offended by prayer? Sure. But the constitution gives us the right to offend. There are a lot of things today in America that offend me.

Right, but isn’t school different? There are lots of rules in school that don’t apply to the rest of society.

This is a fallacy. By making such a judgment, you’re communicating what’s good and bad. Not having the Bible taught in school is a mistake. The Bible is the basis upon which Western civilization was built. It is the most influential book of all. And yet it’s not taught. In school, they can’t talk about the impact of this book. This is, in fact, putting forth a view of history that is ahistorical. It’s hard to not look at the history of Western civilization and not see faith.

So what about the Quran? Should that be taught in school, too?

I would absolutely encourage more teaching about Islam. Maybe 50 years ago, when Islam had third-world status and not international status—maybe that was different. But given what’s going on, it’s important to teach it.