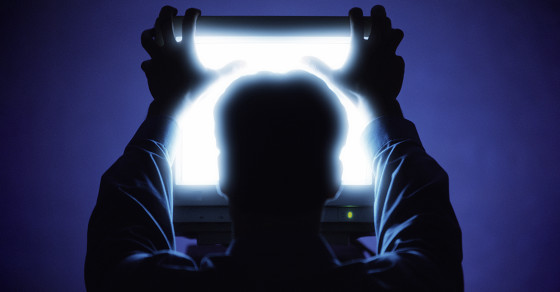 Inside the Dark and Dirty World of Oppo Research 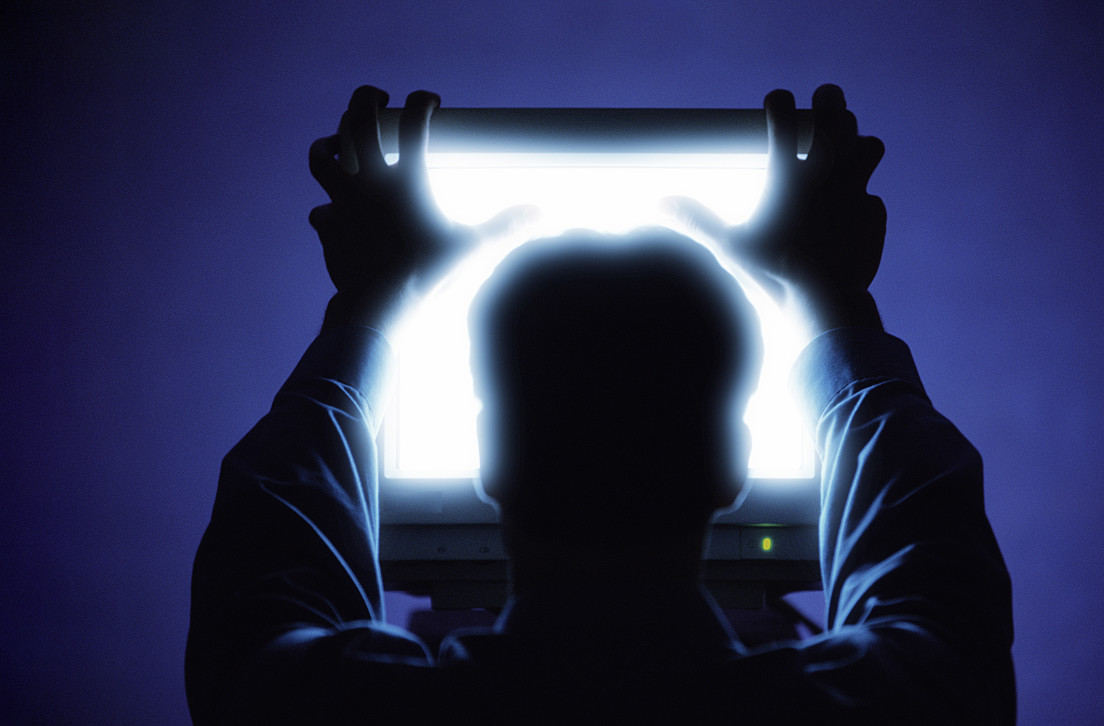 In late September, American Bridge 21st Century, a super PAC dedicated to “opposition research” on behalf of Democrats, scored a major scoop. It had been tracking Dan Sullivan, an Alaskan Republican who’d been called a rich carpetbagger from Ohio—a damaging allegation in a prideful state like Alaska. So when the Senate challenger snuck back to his native Ohio for a fundraiser, Bridge was there to capture the moment on video. The clip was leaked to The Washington Post, which ran a damning story that has hobbled Sullivan’s campaign.

Opposition research—commonly known as “oppo”—has dominated this year’s midterm elections. In May, for instance, Iowa state Senator Joni Ernst received an unexpected boon when her Democratic challenger, Bruce Baley, referred to the state’s much-beloved U.S. Senator Chuck Grassley as a “farmer with no law degree,” effectively insulting all of the state. The conservative oppo firm America Rising widely disseminated the gaffe, and Baley, who at the time was far ahead in the polls, saw his lead evaporate.

Opposition research is nothing new. It’s been around since the first presidential races, and beginning in the 1970s the shadowy practice was carried out largely by hired guns. Alan Huffman, a veteran researcher who wrote a book on the subject, recalls “drifting around the country in a succession of rented Kias, making records requests and interviewing guys with shotguns in trailer parks about corrupt politicians.”

Today entire super PACs are dedicated to opposition research, a development that has come just in time to serve the needs of overstretched news outlets desperate for viral hits. The shift can be traced back to the 2010 Citizen’s United decision that gutted campaign finance laws, nullifying any constraints on independent spending. Bridge launched that same year. After watching Bridge’s success with “gotcha” leaks like the infamous “legitimate rape” quote by former Missouri Representative Todd Akin, a group of former Mitt Romney operatives founded America Rising in 2013. The two have been locked in an arm’s race ever since, a kind of war of attrition that is permanently altering the landscape of American politics.

“The influence of PACs has ensured a more concerted oppo effort on both sides,” says Huffman. “But it has likewise contributed to deeper political polarization—the biggest problem in American politics today, simply because it’s so systematic and formatted.” He adds that the nature of the work has changed as well. “[Nowadays] oppo is typically a quick and dirty job, whereas before it was more of a painstaking and dirty job.”

The Washington, D.C., headquarters of American Bridge resembles an Urban Outfitters without the clothes. There are concrete floors, desks made of reclaimed wood and exposed pipes along the ceiling, an aesthetic that implies squatter scrappiness and guerilla tactics.

Bridge was founded by David Brock, a svelte 50-year-old who was known as the Right’s favorite hit-man journalist before he switched sides in the late 1990s. At Bridge, Brock has established a sophisticated surveillance operation that seemingly rivals that of the National Security Agency. The PAC has more than 80 employees, about half of whom are “trackers”—operatives who spread out across the country monitoring politicians Bridge wants to destroy. This includes pretty much every high-profile Republican, from Florida Senator Marco Rubio to Wisconsin Governor Scott Walker. It is a tracker’s job to make video recordings of a target’s every public appearance. The footage is then uploaded into an enormous, searchable database called The Vault.

For instance, after the Supreme Court ruled in June that a private business can’t be forced to provide birth control coverage for its employees, New Jersey Governor Chris Christie was repeatedly asked by reporters if he agreed with the decision. Then up for reelection in a blue state, he sidestepped the question. But a month later, while meeting voters in conservative Iowa—preparation for a potential 2016 presidential run—he said he supported the ruling, and Bridge captured the exchange on video. The ensuing clip became fodder for several major news outlets, and in two years, when Christie tries to court women and independents, Bridge will blast out the clip via social media.

Bridge has accumulated so much tracking footage of Republican politicians over the last four years, it would take a year to watch all of it. “I told a friend, at the rate we’re going, this office will be nothing but servers,” says Brad Woodhouse, president of the PAC. “A decade from now, whoever’s here, they’ll say, that guy who was running for Congress in 2014—he’s running for governor now. We should have some tracking footage on him. We’ll have something.”

On a recent Tuesday night, while several debates were taking place, teams of trackers, analysts and communications specialists gathered to monitor each of them in the company’s “war room,” behind a steel door that looks like it leads to a bomb shelter. Tuned to countless flat-screen televisions, young operatives wearing big, high-end headphones engaged in what’s called “rapid-response”—a Republican candidate remarks on some issue, and Bridge immediately undermines it by tweeting out a nicely packaged meme or video clip.

When Scott Brown, a former Massachusetts senator now running in New Hampshire, said he was pro-choice, a head shot of Brown appeared beside an image of a birth control pack with the phrase: “Scott Brown voted to let your employer interfere with your access to birth control—or any other healthcare they object to.”

Earlier that day, a tracker was dispatched to obtain 16,000 emails that had just been released regarding a misconduct investigation of Scott Walker, the Republican Wisconsin governor who was almost kicked out of office in 2012 for crushing the state’s unions. Woodhouse, referring to the documents that were uploaded onto Bridge’s server, says, “We’ll put 30 people on it. We’ll go through that in a couple of hours. We have unmatched capacity to do this type of thing.”

Such resources cost a lot of money. For this election cycle alone, American Bridge budgeted $18 million, receiving donations from activist billionaires like George Soros and Tom Steyer, who’s on a crusade of his own. Earlier in the year, Steyer’s super PAC, NextGen Climate, pledged $100 million in support of midterm candidates who advocate for climate change policy. Steyer and NextGen work closely with American Bridge, and have stepped up as a bulwark against the Koch brothers—the much-vilified oil giants who spend lavishly to refute environmental regulation. As Woodhouse points out, “We need our own billionaires, right?”

While Bridge may be the leading oppo firm, America Rising is nipping at its heels. The group has nearly 70 employees and for this cycle set aside roughly $10 million. Rising is essentially the mirror image of its counterpart, and during the recent debates the group played the same. For instance: As an incumbent senator, New Hampshire Democrat Jeanne Shaheene said she was never against nuclear power, but Rising was quick to tweet a clip from years earlier in which she appears to oppose it.

But according to Woodhouse, there are crucial differences between the two group’s tactics. Recently Rising came under fire for altering the Wikipedia pages of Democratic candidates, and it’s now banned from editing the site. “That just seems like a bridge too far,” he says. “And I kind of pity the person that depends on Wikipedia for serious research.”

Tim Miller, Rising’s executive director, disagrees. “At no point were we trying to be surreptitious,” he says. “We added information that was both verifiable and relevant. I’d like to see that continue. Plus, I think plenty of liberals make changes.”

But these distinctions are silly: Both groups are guilty of lapses in judgment, which can be dangerous when you consider the amount of power they wield. At a recent campaign rally for David Perdue, the Republican Senate candidate in Georgia, a Bridge tracker caught what appeared to be a salacious moment on camera. A girl attending the event pulled up her shirt and asked the nominee to sign her hip, which he did, but not before jokingly announcing, “No pictures on this.” Woodhouse sent out the clip in a blast email, saying, “Watch a Republican Senate Candidate Sign a Young Woman’s Torso.” BuzzFeed initially ran with the story, but issued a retraction when it turned out the girl was a diabetic and had innocently asked Perdue to sign her insulin pump to raise awareness for the disease.

Huffman, the veteran researcher, notes that such missteps are inevitable in the current age of oppo. “American Bridge and America Rising were borne of the social media revolution, with all that entails,” he says. “The pervasiveness of their work may make it harder to vet the underlying facts, which is key to evaluating any oppo attack.”

The real impact of all these attacks can’t be gauged until Nov. 4, but for oppo groups, the midterms are just a pivot to the next presidential election. Rising has already launched its “Stop Hillary 2016” campaign, picking apart her recent memoir and posting images of the stately houses the Clintons bought around the time she said they were “dead broke.” Bridge has responded with an ongoing project called “Correct the Record.” It’s a long war, and it’s just beginning.