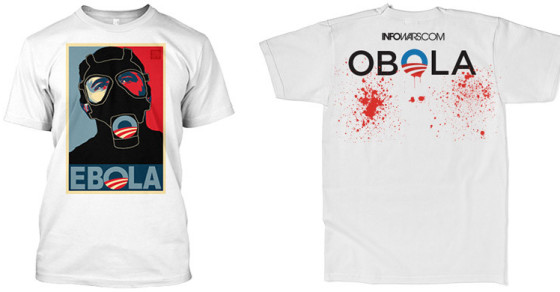 How a Racist Political Hashtag Spread Like the Ebola Virus 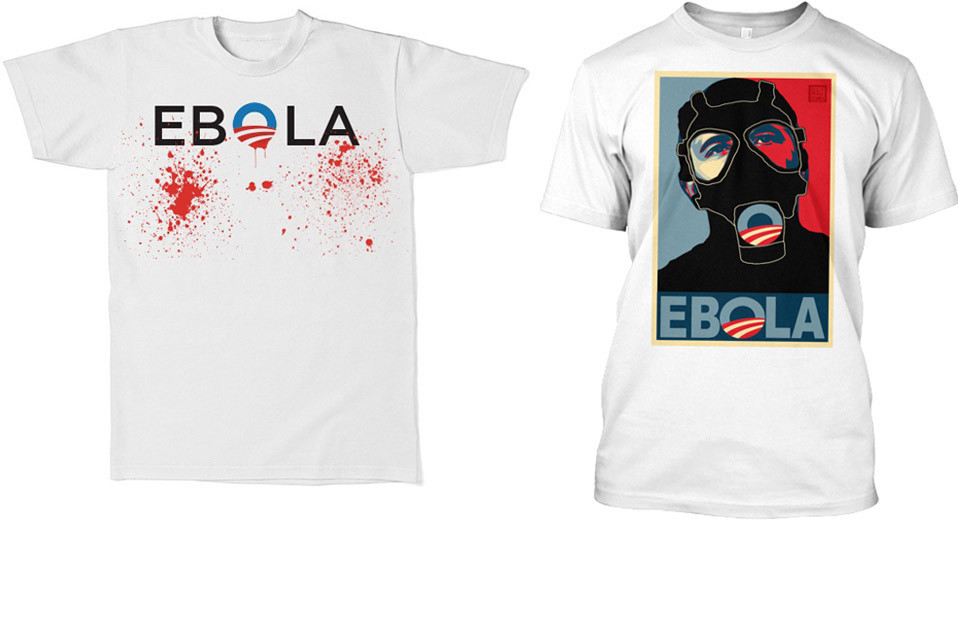 The World Health Organization said on Tuesday that the world could be seeing 10,000 new Ebola cases per week before Christmas. U.S. pundits seem more concerned with using Ebola to berate President Obama rather than dealing with the impact of the disease. At a time when the nation needs to unite around protecting the country from an epidemic, rational discussion of Ebola is competing with a new contagion—right-wing racism, and it’s spreading like, well, you know what.

Which is worse: EBOLA, the disease; or OBOLA, the dream from his father?(with illustration) https://t.co/zsWqu4KuqR

Enter #obola, a diseased little meme conflating President Barack Obama with the Ebola virus, first promoted in mainstream media by conservative radio host (and qualified epidemiologist) Michael Savage. In a Sept. 30 radio slot, Savage blamed Obama’s open-borders policy for Ebola’s spread into America.  “The only solution is zero travel in and out of West Africa for any American,” he said, labeling the U.S. leader as “President Obola.” Savage caused the term to trend in a major way for the first time, but he wasn’t patient zero.

That dubious honor seems to go to the Twitter account @exposeliberals, the raw bush meat of the online commentary world, with a tweet from Aug. 7 that appears to be the first infection of #obola. Even with the account’s 95,000 loyal followers, it couldn’t nudge the #obola concept into the mainstream consciousness. It lay relatively dormant for more than a month, failing to find a host that would help it go viral.

What helped #obola jump species from Republican commenter to Democrat commenter was a comment by conservative writer and convicted felon Dinesh D’Souza that gave them something to which they could attach their scorn: racism.

The #obola idea seemed to find purchase with D’Souza in the three hours between penning the Facebook post shown below and sharing it on Twitter later in the afternoon. Or perhaps he thought of it earlier that day, and simply forgot to include it in his tweet. Either way, the racist undertones generated enough reaction to propel #obola further into the Twittersphere.

D’Souza’s comparison of a horrendous disease to Obama’s father’s thinking conflated two objectionable imports from Africa to America, with people of color the vectors for both. The racist undertones were pretty hard to ignore, and a few sites from the liberal side of the debate pointed that out. Liberals were predictably appalled; conservatives were dismissive of their scorn.

Defense of #obola, then, became a sudden priority for guardians on the right. Google “racist obola” now, and all you’ll see is a list of right-wing blogs furious at the fact it has been called out as racist by pansy liberals. Infowars firebrand Alex Jones took that idea and ran with it, keen to obtain first-mover advantage on merchandising the newly christened political panic.

Jones ensured that he would keep the #obola tag trending by launching a competition with a $5,000 top prize for whomever placed an #obola poster most prominently in a public location. He is currently rushing limited edition Obola T-shirts out the door. The T-shirts use the Obama campaign signature “O,” and some have lifelike blood spatters on the front, as if someone had coughed some real hemorrhagic blood onto the wearer. Sensitive.

“We’re the first to get these out, ladies and gentlemen, and I have announced a limited run,” said Jones. “We’re doing 3,000 of the blood-splattered version and a little less of the one that doesn’t have the blood spatter version [sic], but it’s a great way to desecrate the politically correct gods.”

The first spike in usage of the term "Obola" came on September 30, when Michael Savage used the term.

Naming a concept after a politician is hardly innovative. Conservatives labeled the Affordable Care Act “Obamacare,” hoping it would be forever linked with Obama, dragging him under when it sank, as they expected it would. Despite its many shortcomings, the act “failed to fail,” as New York Times columnist Paul Krugman put it, and now the White House gladly uses the Republican moniker to describe the legislation, which will become part of the Obama legacy.

Unfortunately, much like Ebola itself, there’s no cure for #obola, even if your health care has been upgraded by Obamacare. And you can be pretty sure Obama won’t be embracing the nickname anytime soon. It’s far too infectious.