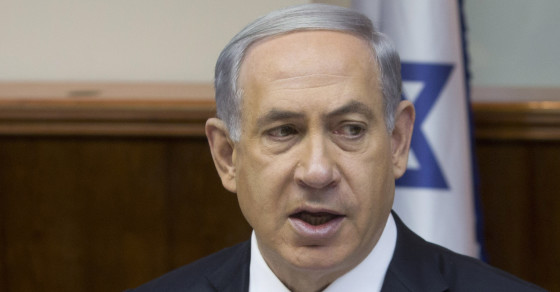 Israeli Prime Minister Benjamin Netanyahu’s controversial speech to congress is likely to be boycotted by roughly 57 democrats and independents, generating a lot of political fallout in Washington. As controversial as that is, it’s not the biggest boycott of a congressional speech by a head of state. To achieve that you have to create actual fallout, as with the boycott organized in 1996 of a speech by French President Jacques Chirac.

Chirac–who ordered nuclear tests in the Pacific days before delivering a speech in which he trumpeted an end to nuclear testing– practically delivered his speech to an empty room, with roughly 50 out of the 535 members of Congress showing, according to media reports at the time. There were so few people in the room, interns and junior staffers were called in as seat-stuffers.

How Many Boycotted Chirac vs. Netanyahu?

While there are no official records, estimates put attendance at 7 percent of the House, 25 percent of the Senate and roughly 9 percent of all members of Congress during Chirac’s address. Only 30 out of 197 Democrats were present. Not every absentee was a part of the boycott but it did receive support from the Hispanic and the Black congressional caucuses. For the most part, seats were filled with young staffers and congressional pages who were recruited at the last minute.

Just under 60 congressional Democrats announced that they were skipping out on Tuesday’s speech by Netanyahu, which only makes up around 11 percent of members of Congress. While a small minority won’t hear the PM’s speech, House Speaker Boehner seems to expect a full house and told CBS News that there’s been a huge demand for tickets.

The protest against Chirac was trigged in 1995 after he announced a plan to test eight nuclear devices in North Africa and the South Pacific, breaking a ban on testing and triggering a sweeping international backlash. A total of six nuclear devices were detonated before Chirac announced an end to the testing just two days before he was scheduled to speak before Congress. Politicians, led by the Asian Pacific American Congressional Caucus, called for a boycott of Chirac’s speech. “It is an outrage that we are going to allow this man to tell us what democracy is about,” said Delegate Faleomavaega of American Samoa.

Note: This story has been updated to reflect the latest number of lawmakers boycotting the speech as of 7:55 a.m. March 3rd, 2015.