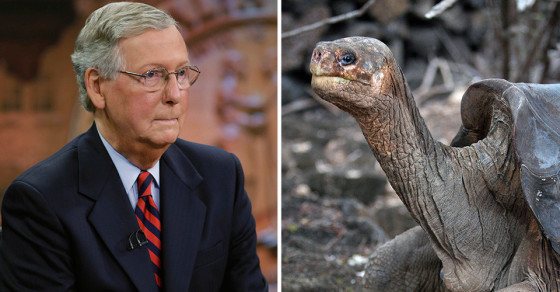 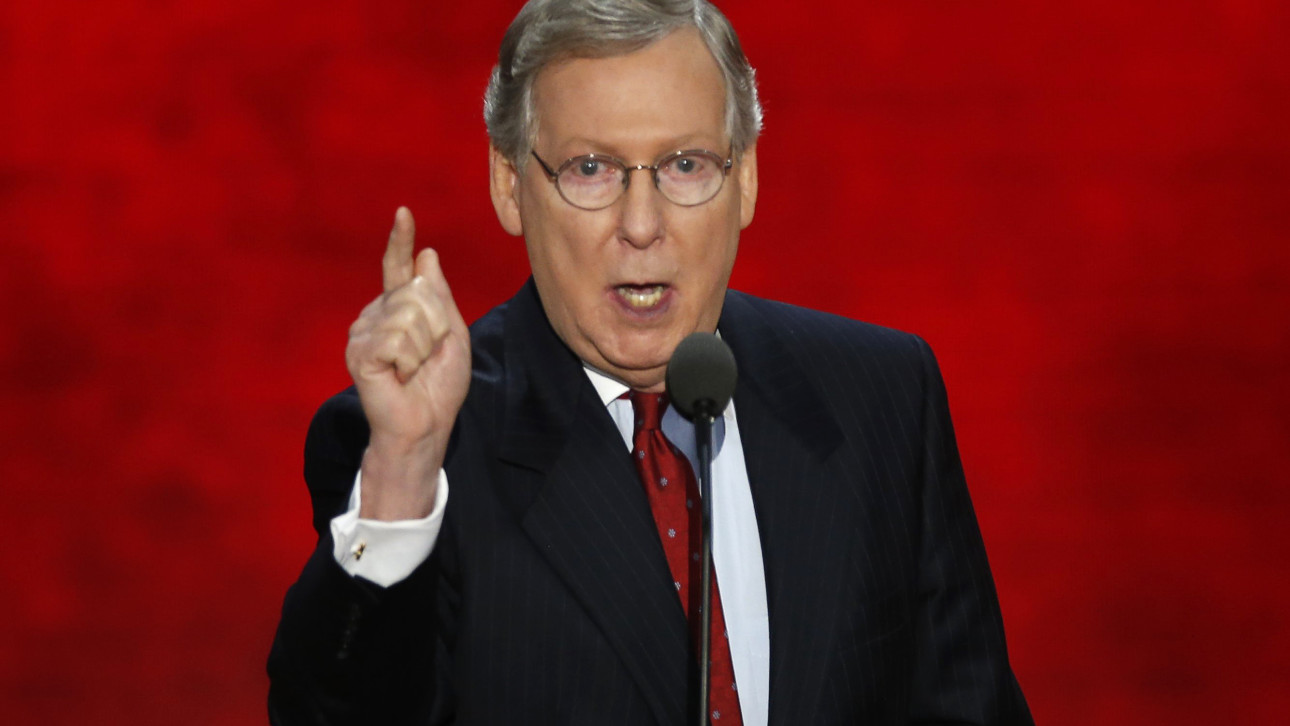 Now that Kentucky Senator Mitch McConnell has handily dispatched Alison Lundergan Grimes, his opponent in this year’s midterm race, he can set his sights on more important matters, like how to govern as the new Senate majority leader.

No longer in the opposition, McConnell has already vowed to steer clear of obstructionist antics. He’s promised that there will be no more government shutdowns—a reference to that perilous two-week period in the fall of 2013 led by his colleagues in the House—and that he will not push for a full repeal of the Affordable Care Act. As far as what initiatives he will support, McConnell says he hopes to approve the Keystone XL pipeline, which indicates that any nascent measures on climate change are pretty much dead.

But what else is on the former minority leader’s mind? Searching for clues, we turned to Wikipedia. Since McConnell’s victory, there’s been a flurry of activity on his page, with editors debating the finer points of the senator’s history. In the last 24 hours, his page views have more than quintupled from their daily average, which usually hovers around 1,500 unique visitors. Though that’s not exactly Drudge Report numbers, what readers are and are not seeing on his page, and what they’re saying about McConnell, does have meaning.

A Mitch McConnell supporter raises a sign at his midterm election night rally in Louisville, Kentucky.

For instance, there’s a running debate about whether McConnell is a mammal or a reptile. Earlier today, at the top of his page, a jokester added that, in addition to being a U.S. senator, McConnell is “also a turtle.” Hooligans have been vandalizing his page with this jibe for years. One common editorial flourish is the crude nickname “Mitchell ‘Dick Turtle’ McConnell.” There’s also this explanatory note from 2013: “There is very little sign that this man is a human being and is more turtle-like than anything.” Perhaps, but what does “turtle” signify?

For starters, the slow and steady chelonian always wins the race. This is certainly true of McConnell, whose ascent to Senate majority leader began in the mid-1980s. It also suggests that he’s a tactician. When President Obama took office, McConnell’s primary goal was to make him a one-term president. Though he didn’t succeed, his ability over the past six years to thwart Obama’s agenda at nearly every turn—through filibusters and other mundane procedural measures—ultimately led to the Republican takeover of the Senate. McConnell knows how to play the long game.

The turtle also knows when to show his face and when to retreat into his shell. During the government shutdown of 2013, McConnell positioned himself as the GOP’s chief negotiator and managed to come out of the fiasco looking reasonable. (Especially compared to Ted Cruz.) But once the government was up and running again, McConnell went back to leading a blockade against the president’s judicial appointments, preventing Democrats from gaining an edge in the federal court system.

So expect McConnell’s reign, for however long it lasts, to be slow and methodical, rather than rash and extreme. He’ll look to please his party’s patrons—the NRA, energy companies, Big Pharma—while avoiding legislation that might galvanize the Democratic base. Or maybe this makes way too much of the metaphor. Perhaps Mitch McConnell simply resembles a turtle.

Another potentially revealing edit, made a year ago, implied that McConnell was bullied as a child. This was unsourced material, and thus was quickly excised. So why suggest it? Some of his opponents have remarked that, whether in his dealings with Obama or fellow conservatives, McConnell often relies on intimidation. So will McConnell use his newfound power to ram through a bunch of controversial bills, from anti-abortion measures—he’s ardently pro-life—to anti-gun-control legislation? It’s doubtful, at least in the near-term, even if a Wikipedia user once referred to McConnell as a “puppet of the NRA.” (The post was removed.) He’s an outspoken supporter of the organization, which donates to his campaign whenever he’s up for reelection, but that just means that gun control initiatives, always a hard sell, will remain nonstarters until at least 2016.

More recently, the “Reputation” section of McConnell’s page has been the subject of an edit war. It quotes liberally from a Politico profile that asserts the senator “has relished—and cultivated—his reputation as a villain.” The section also borrows from a New York Times article that says McConnell began his career “as something of a centrist” and over the years has “grown more conservative.” Some users balked at these inclusions, because the sources were the “liberal-leaning media that tend to be opposed to McConnell.”

Ultimately the section remained intact, but the dispute illuminated a larger point: One should fear the turtle—or not.