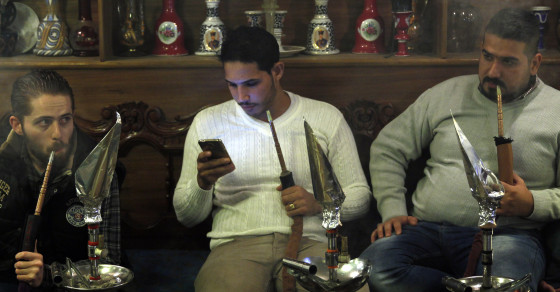 Vocativ’s analysis of Clinton’s Facebook statistics yielded a number of surprises. Despite her reputation as an urban Democrat favored by liberal elites, Iraqis and southerners are more likely to be interested in Hillary than people living on America’s coasts.

While Chicago and New York City, both with 4 percent of her Facebook audience, round out the top three cities for Hillary’s social base, Texas’ four major centers—Houston (3 percent), Dallas (3 percent), Austin (2 percent) and San Antonio (2 percent)—contain more of her Facebook user group. Los Angeles with 3 percent, and Philadelphia and Atlanta, each with 2 percent, round out the Top 10 cities for Facebook users who have interacted with Hillary.

On a per capita basis, in which Vocativ compared a town’s population to percentage of Hillary’s likes, people living in cities and towns in Texas, Kentucky, Ohio, Arkansas, North Carolina and Wisconsin were the most likely to be interacting with her Facebook activity than any other American residents.

More WILL ASTEROIDS BE A MINERAL SOURCE IN THE FUTURE?

However, over at her Baghdad base, Clinton enjoys the support of younger Facebook user with 66 percent of the Iraqi female users and 67 percent of males aged between 18 and 34.

Across the world, 14 percent of Hillary’s Facebook audience are self-reported government employees.

See Vocativ’s exclusive analysis of Hillary’s Facebook base below: 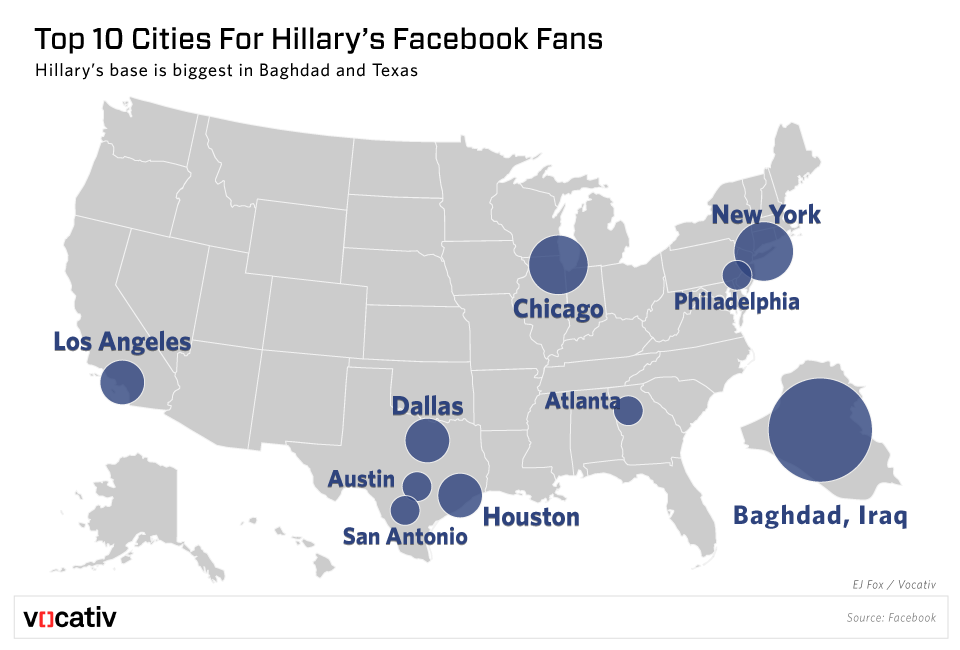 Editor’s Note: This story has been updated to clarify the data.

Hillary Clinton’s Delay Allows Trolls Time To Play (Vocativ)
It’s Not Who Follows Hillary, It’s How She Uses Them (Vocativ)