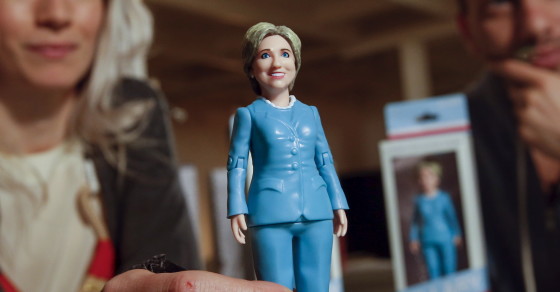 It’s Not Who Follows Hillary, It’s How She Uses Them
By James King

It’s Not Who Follows Hillary, It’s How She Uses Them

Hillary Clinton’s inevitable presidential campaign is now official, and the former secretary of state heads into battle with a Twitter army of 3.2 million followers and counting. The other two declared candidates, Republican senators Ted Cruz and Rand Paul, have 432,000 and 539,000 followers respectively. On a bar chart (see below), it looks like a huge gap but in reality, it may mean absolutely nothing.

A study of Twitter use during the 2012 campaign suggested that only a tiny subset of followers were of any value. The study, published in December by Daniel Kreiss, an assistant professor at the University of North Carolina’s School of Journalism and Mass Communication, found that Twitter is used in political campaigns primarily to influence journalists and “an elite core of supporters.”

“Most likely not one thing we did on Twitter persuaded any voter or even necessarily reached any undecided voters,” Teddy Goff, President Obama’s digital director in the 2012 campaign, said in the study, but it “reached the somewhat elite core of supporters and then, very importantly, reached reporters as well.”

“The downfall of that, of course, is as fast as we are moving, it can take a little bit of time to get that approval to happen,” Caitlin Checkett, Romney’s digital integration director, said in the study. Obama’s six-person digital team had the autonomy to engage in social media discussions in real time, which they did to devastating effect, as with their epic shut-down of Clint Eastwood’s rambling speech during the Republican Convention in 2012. In a nutshell, it’s all about agility of thought and smart choices.

Well, that explains what happened to my iPad! RT @BillClinton: I'm following my leader! pic.twitter.com/uxRSkP9yNl

Number of Followers On Day Hillary Announced Her Bid