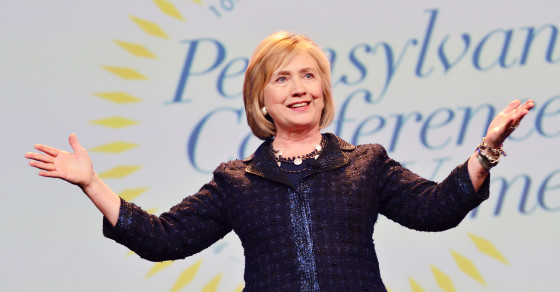 Man’s Obituary Asks People Not To Vote For Hillary Clinton

An obituary for a man named Larry Darrell Upright from North Carolina asked people to give money to a children’s charity and to not vote for Hillary Clinton in 2016. There is at least a two-thirds chance that Upright’s children and grandchildren will carry out his request, research shows.

Upright’s obituary went viral Monday because of the politics of its final two sentences:

In lieu of flowers, memorials may be sent to Shriners Hospital for Children at 2900 Rocky Point Drive, Tampa, FL 33607.

Also, the family respectfully asks that you do not vote for Hillary Clinton in 2016. R.I.P. Grandaddy.

Numerous commenters on the online obituary made it clear that they would be honoring the request. Bill & Melissa Mason shared the message: “Our deepest sympathies to the Upright family. Rest assured we will NOT vote for Hillary in 2016.”

Children of two partisan parents are also more likely to lean towards the party of their parents’ choosing, according to a 2014 survey by Anzalone Liszt Grove Research and Civic Science. Out of those with two Republican parents, 62 percent were Republican. And over 90 percent of couples marry someone who shares their political leaning, meaning children are way more likely to have politically aligned parents.