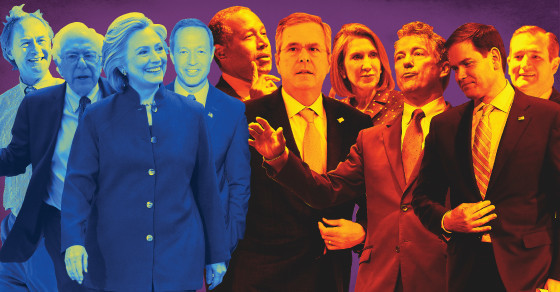 When it comes to fake Twitter followers, Hillary Clinton is winning the presidential race by a landslide. Clinton has more fake followers and a higher ratio of bogus Twitter fans than any of the other main 2016 presidential contenders, a Vocativ analysis shows.

On the other end of the scale, the candidates with the lowest percentage of fake Twitter followers are Donald Trump and Bernie Sanders. Contrary to what one might guess from his reputation for extravagant self-promotion, Trump’s 2.6 million Twitter followers are 90 percent real people. Only 311,388 were deemed fake by the analysis using the tool TwitterAudit.

Bernie Sanders was tied for the highest ratio of authentic followers—90 percent of his 300,000-plus followers are real people. Then comes Gov. Jeb Bush with 89% of his followers registering as real. On the bottom of the Twitter list is Clinton, with a whopping 35 percent of her 2.3 million Twitter followers coming up as fake. 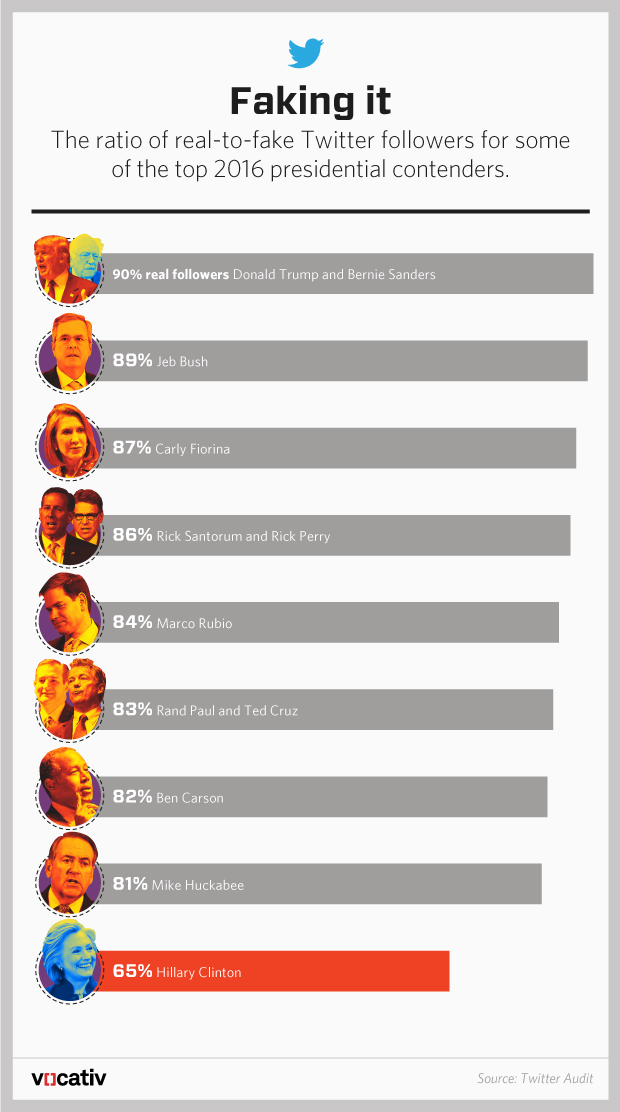 TwitterAudit, a social media analysis tool, says on its website that it judges a Twitter account’s authenticity based on its number of tweets, the date of its last tweet and the ratio of its followers to friends. The fake Twitter accounts can be bots, which are accounts run by automated software programming. They can also be accounts created by real people but with an agenda of spreading political advertisements. But under both scenarios, they are certainly not a genuine measure of candidate popularity.