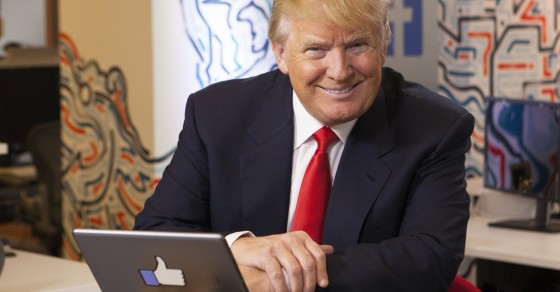 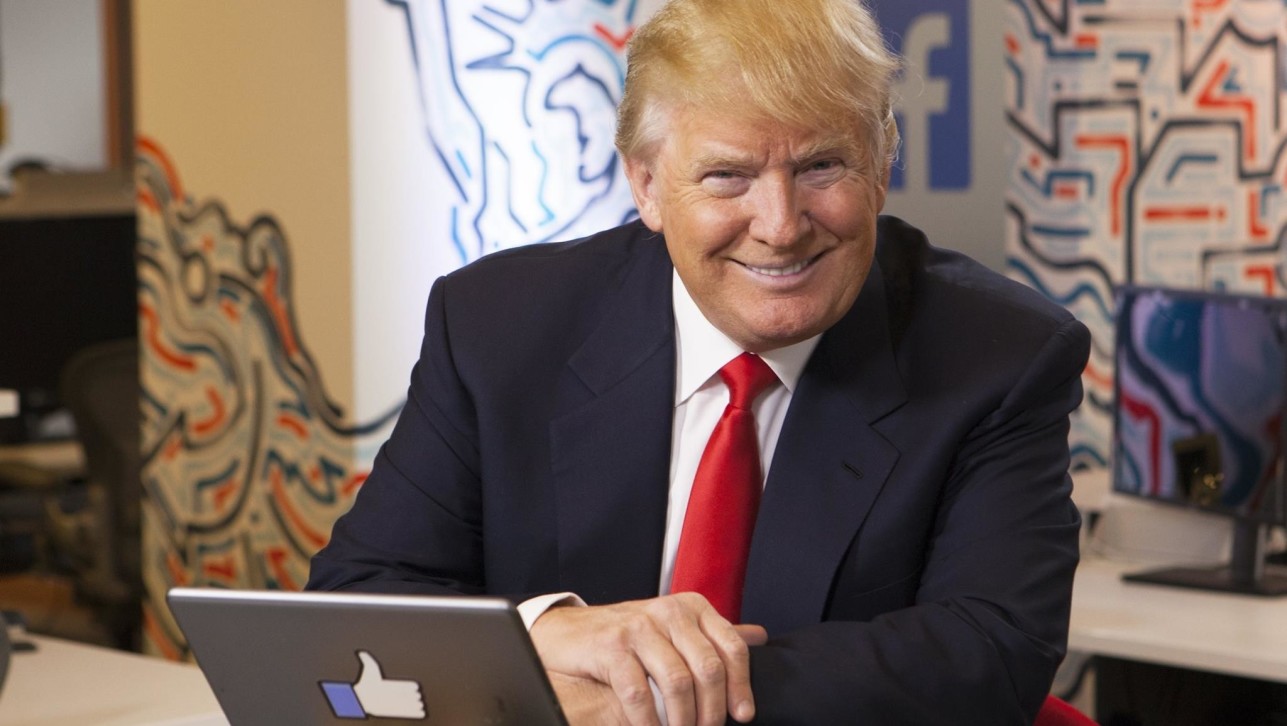 Donald Trump visited Facebook's headquarters in May. — Pic: Facebook/Donald Trump
By Jennings Brown with Adi Cohen
Jun 17, 2015 at 4:54 AM ET

Donald Trump is running for president and whatever you think of his chances of picking up votes, on social media, few candidates trump The Donald.

Yet, there’s something strange about a lot of his online fans. Only 42 percent of Trump’s 1,694,561 followers on Facebook are American, while most come from developing nations like the Philippines, Malaysia, India, South Africa, Indonesia and Colombia, a Vocativ analysis shows.

Most Likes Per Non-U.S. Country on Donald Trump's Facebook Page

It’s not entirely unusual for Trump to have followers in developing countries given that he’s an internationally renowned business celebrity, he runs the Miss Universe pageant and he has properties worldwide. Yet, in some of the countries where Trump has properties—Turkey, Korea, Ireland, Dubai—he doesn’t have a large Facebook following.

What Trump does have is a large fan base in countries that researchers have deemed hubs for Facebook fraud. Specifically, they are home to “like farms”—services through which companies or individuals can buy Facebook likes using zombie accounts run by people who might be paid as little as $120 a year.

More The Presidential Candidate With The Most Fake Twitter Followers

The grossly inflated ratio of Trump’s American followers to farm-country Facebook fans also suggests that a chunk of his supporters is probably fake. One in every 27 Trump followers is from the Philippines. While presidential candidates Marco Rubio and Ted Cruz also have followers there, only one in 519 Cruz followers and one in 573 Rubio followers are from the Southeast Asian country.

Vocativ asked Michael Fire, a researcher who studies fake social media profiles, to examine two years’ worth of Facebook like activity on Donald Trump’s page, mapped in a graph pictured below. Fire said a significant portion of Trump’s followers can be attributed to Facebook fraud. “If you look at Google trends you don’t see a sudden interest in … Donald Trump. So, the increase in likes looks strange,” Fire said. “Moreover, the pattern of the graph also looks like it tries to avoid detection by the Facebook protection systems, because it increases slowly and then seems to stop.” 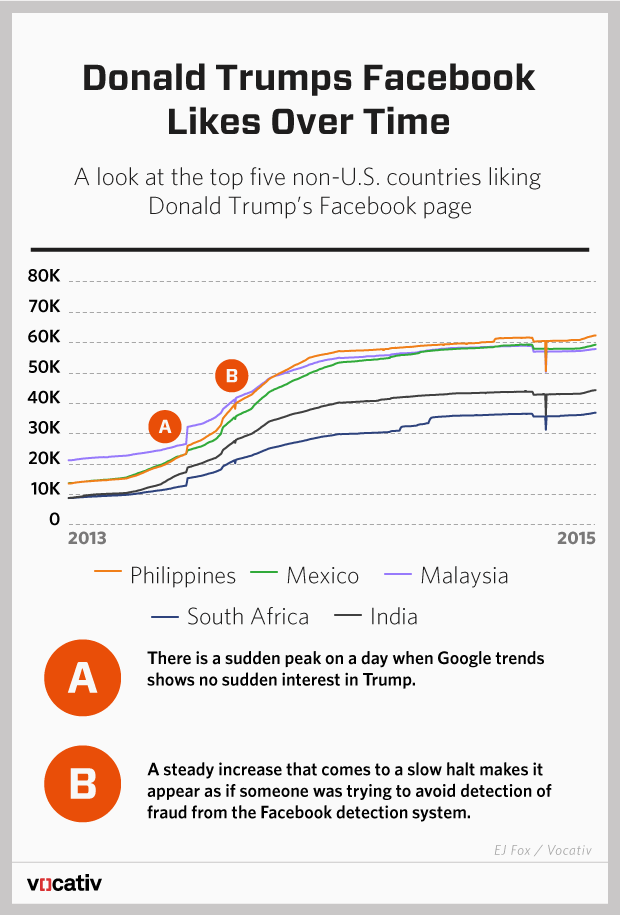 An analysis of Trump’s Malaysian followers revealed that some of them like more than 7,000 pages each including pages created for brands, celebrities and TV shows. Many of the accounts have nothing in common with each other. “If they ‘like’ things that contradict each other it may be another indication that the profile is fake,” Fire said.

More These Voters Favor Trump Over All Others

So, how much could Trump be paying for followers? On pages such as BoostLikes, $99 per month gets you 300-400 fans per month. Other sites charge about $15 per $1,000 likes. On the day of Trump’s most recent Facebook bump, his account gained roughly 66,000 ‘likes.’ If he paid $15 per 1,000 of them (which he probably didn’t since many have to be real followers, too), then the single boost would have cost him around $1,000—pocket change to a billionaire.