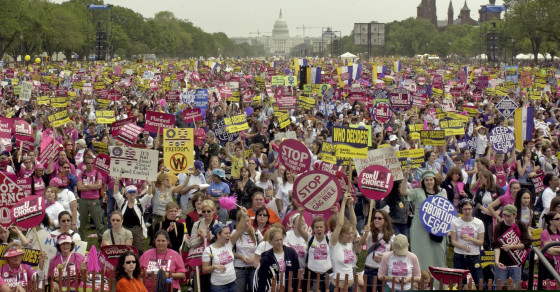 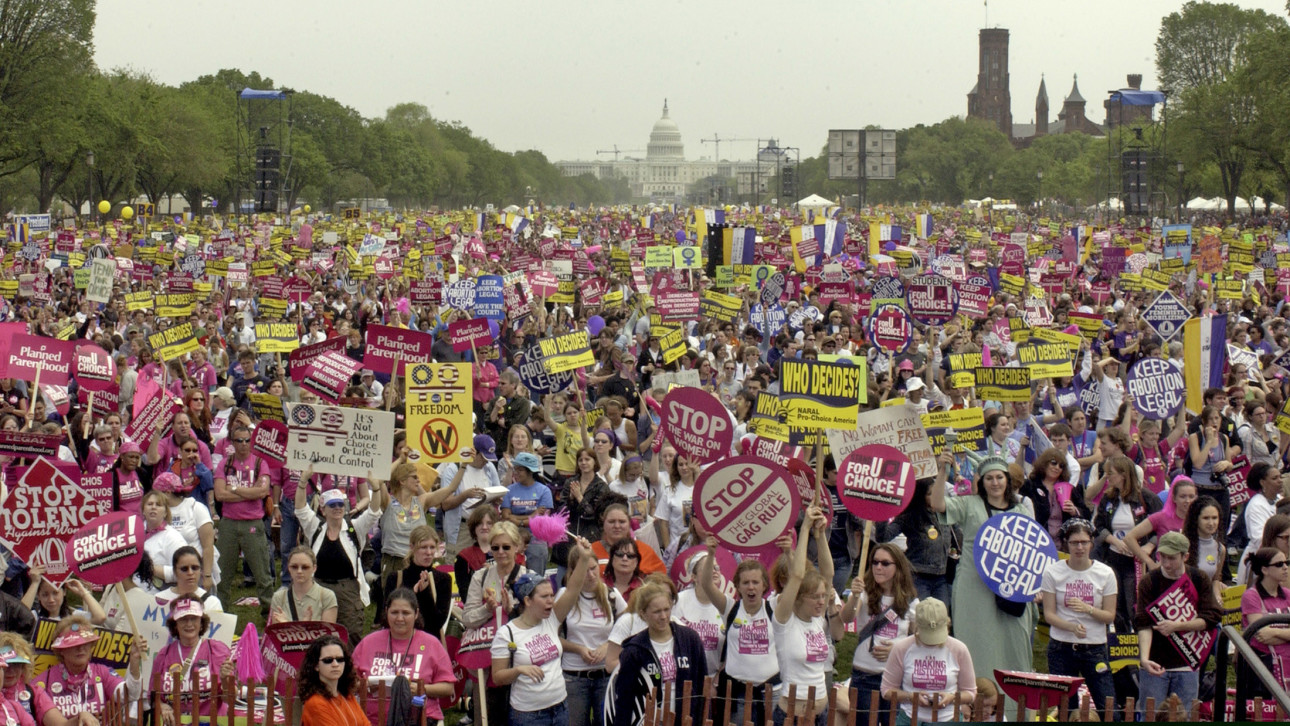 Thousands of pro-choice supporters take part in the "March For Women's Lives" (REUTERS)
By Elizabeth Kulze
Jan 21, 2015 at 2:11 PM ET

Tomorrow, on the 42nd anniversary of Roe v. Wade, the 114th Congress is expected to hold its first vote of the term on the partisan Pain-Capable Unborn Child Protection Act (H.R. 36), a bill that would ban abortions at a gestational age of 20 weeks or more. As its name suggests, the bill rests on the notion that a fetus can feel pain at that point—a claim for which there is still no scientific consensus.

Supporters of the bill, such as Republican sponsor Trent Franks of Arizona (the same guy who once said the “incidence of rape resulting in pregnancy is very low”), often refer to polls that illustrate the popularity of a federal 20-week abortion ban. Twelve states already have 20-week bans in place, and West Virginia introduced legislation Tuesday that mirrors H.R. 36. Still, the reality of public opinion is a bit more complicated.

It’s true that Americans tend to become less supportive of abortion the further along a woman is in her pregnancy, but according to a 2013 poll by Planned Parenthood, 66 percent of voters believe that abortion should be legal after 20 weeks if the mother faces long-lasting health problems as a result of the pregnancy. Additionally, 61 percent of voters support abortions after 20 weeks in all cases of rape and incest. (This bill requires that rape or incest must be reported to authorities in order to terminate the pregnancy.)

Even this overtly pro-choice writer has felt somewhat unsettled by the idea of a woman choosing to have an abortion while over five months pregnant—especially after seeing a friend happily announce her first kick at just 21 weeks on Facebook. But after digging into pro-life claims that exist to support the ban, it seems proponents don’t want the facts to stand in the way of ideology:

Abortions at or after 20 weeks are rare.

According to the Guttmacher Institute, a nonprofit that works to advance reproductive health, only 1.5 percent of abortions occur at or past the 20-week point, which means this is a much smaller issue than pro-life politicians would have you think.

“There are a variety of reasons why women seek abortion at 20 weeks or later, and they are not all related to ‘waiting so long,’” Dr. Dan Grossman, vice president for research at Ibis Reproductive Health and a member of the American College of Obstetricians and Gynecologists, tells Vocativ. “Fetal malformations or genetic disorders are usually not diagnosed until the second trimester, and sometimes women don’t receive a definitive diagnosis that something is severely wrong with their baby until they are past 20 weeks.”

Grossman also cites the stigma surrounding sexual assault, life-altering events like the departure of a partner and irregular periods resulting in a late-recognized pregnancy as reasons women might also wait until the second trimester to terminate.

Women who do seek late-term abortions tend to be younger and poorer with limited access to reproductive care.

Another study by the Guttmacher Institute found that compared with women who obtain first-trimester abortions, women who obtain abortions after 20 weeks are more likely to be between the ages of 20 and 24, as well as unemployed and without private insurance. They are also far more likely to have to drive more than five hours to the nearest abortion clinic.

The barriers women face in obtaining abortions is often a major factor of why late-term abortions are even necessary.

“It’s important to note that all the restrictions on access to abortion care that we are seeing go into effect in many states makes it harder for women to obtain services at clinics, which may push women later into pregnancy,” Grossman says.

A 1987 Guttmacher study also found that 48 percent of women who obtained abortions after 20 weeks did so because they “found it hard to make arrangements for abortion.” Indeed, a 2013 study cited “access issues” among the top five reasons women seek the procedure so late in their pregnancies.