In the aftermath of an explosive article in the Crimson White, the flagship newspaper at the University of Alabama’s Tuscaloosa campus, a heated debate has ignited over whether frats and sororities are lingering havens for racial segregation.

How are university officials responding to this throwback outrage? Well, they aren’t. And therein lies a tale.

The story, published Wednesday, reports that two African-American women were denied bids from all 16 Panhellenic sororities this year. Sorority girls are claiming it’s not them—it’s their meddling alumnae who are bent on keeping the houses lily white.

School administrators are quick to distance themselves from the groups, which act independently of the University with the help of their alumnae. “The inter-school and national organizations determine their own membership selection processes and expect their members to follow their procedures during recruitment,” explains Deborah M. Lane, associate vice president for university relations.

The sororities are also not funded by the school, as current members and national overseers pay sorority dues to manage the costs of sorority life. That means some civil rights policies, ones that extend to federally funded organizations, do not apply. “In general, OCR [Office for Civil Rights] is responsible for enforcing Title VI of the Civil Rights Act of 1964,” writes Jim Bradshaw, spokesperson at the U.S. Department of Education, in an email. “[That Act] prohibits discrimination on the basis of race, color or national origin in programs and activities operated by recipients of federal funds, including colleges and universities—public or private—that receive federal financial assistance.”

That the University has turned a blind eye on the greek system for so long has people across the country crying out on Twitter. There were more than 1,000 reactions to the article, a sign of the anger bubbling up around this issue:

As a member of one of these organizations and an advocate of Greek Life I'm embarrassed that hate still exists. https://t.co/MtEMEhWFwh

As a sorority sister, Southerner and human being...this disgusts me. https://t.co/G7bzIzMCAT 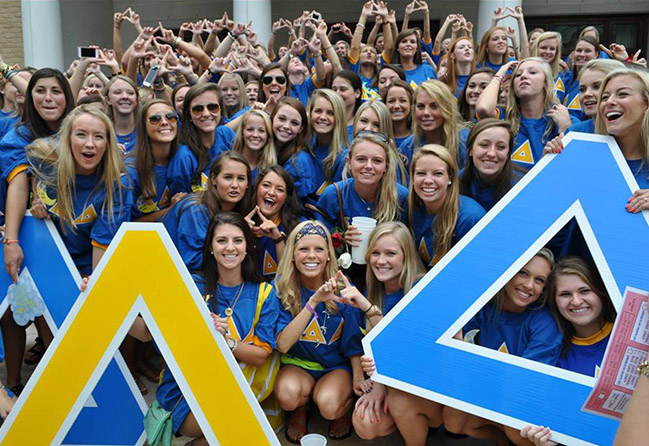 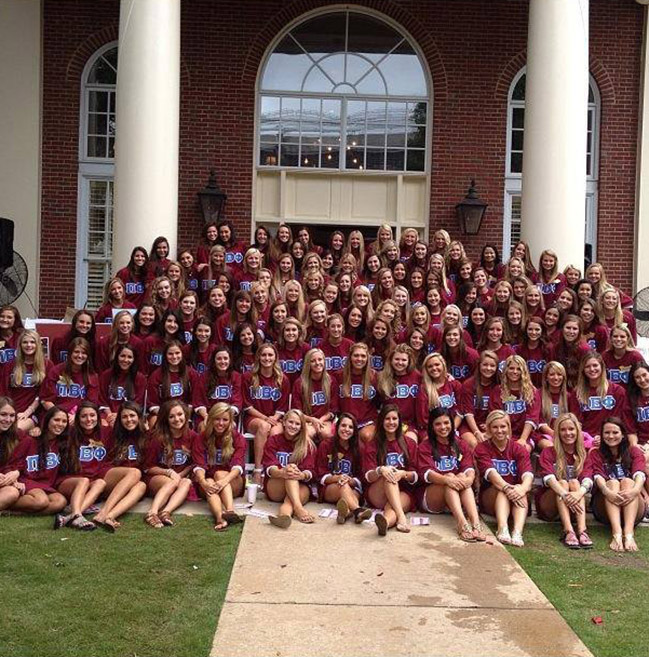 The chatter on college-related social media forums was instructive.

“Does anyone honestly know realistic chances of an African-American student getting a bid to a predominantly white fraternity?” one user asks in a 2011 forum operated by College Confidential, a thread-based website for college-related questions that are mostly too taboo to bring up in real life.

The responses were mostly bleak. For example:

Diversity has never been a hallmark of Panhellenic life. That may be because the majority of African-American women (and men) choose to rush within the National Pan-Hellenic (note the hyphen) system on campus. There are four historically black sororities and four historically black fraternities on campus, and they recruit on a different timetable. Thirteen percent of Alabama students, some 33,602 in total, are African-American.

But university administrators say they’re working hard to integrate the Panhellenic sororities. “UA has been working with our local chapters and their national organizations to remove any barriers that prevent young women (both the prospective new members and the chapter members) from making the choices they want to make,” Lane says.

And they have been for a while now. In 2011, Faculty Senate President Clark Midkiff discussed race relations within Greek life with the Crimson White. “I don’t think the Greek system is inherently racist, but it does not look good that most fraternities and sororities have no African-American members,” he explained. He said that his team would “prefer that this issue not be exaggerated,” calling it potentially “embarrass[ing].”

Clark also called for increased awareness about the highly segregated Greek scene. “I do think the administration and Student Affairs need to do something, somehow, to encourage Greeks to be more friendly to having African-American members,” he said.

In previous coverage of race relations on campus, the Crimson White has compared Alabama with schools like Ole Miss and Auburn University. The other two southern universities, located in Oxford, Mississippi, and Auburn, Alabama, are also known for their outsized Greek scenes. While some black women are a part of Panhellenic life on those two campuses, some say it’s very hard to tell. “Before I went through sorority rush, I hadn’t realized how segregated the Greek system was,” explains one Auburn student.

While 25 percent of the student body participates in UA’s Greek life, only one black woman in the university’s history has successfully pledged a sorority through Panhellenic recruitment. She joined the school’s Gamma Phi Beta chapter 10 years ago.

There are plenty of anecdotes about segregation in Greek life across the country, but no one’s tracking these concerns carefully. And perhaps that’s the biggest problem. “Whether we have found this type of segregation to exist in other U.S. campuses–OCR does not have an issue code designation that specifically addresses the issue as presented,” Bradshaw writes.

As for what come’s next, UA’s director of media relations Cathy Andreen chose her words carefully. She mentioned that the university’s board of trustees came together Thursday to address the Crimson White’s article and the story it presented. Many on Twitter and those involved in the Alabama judicial system are calling for change, hoping that the university will take action to make sure this doesn’t happen again.

“The university administration, the members of our local chapters and the vast majority of our alumni fully believe that this is the right time to do the right thing,” Lane says.