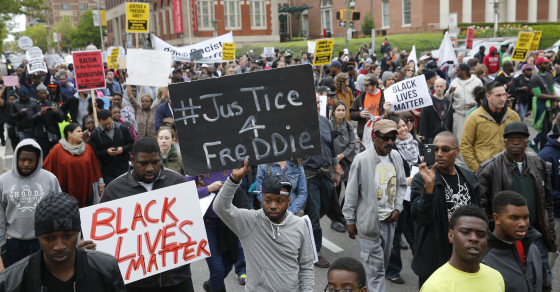 #FreddieGray wasn’t listed as a “trending topic” on Twitter nearly as much as one might expect in the days following his death on April 19, analysts said. Despite an upsurge in tweets using #FreddieGray, the hashtag failed to break into trending topics outside of Baltimore, according to an investigation by Gilad Lotan, a data scientist at Betaworks.

Despite demonstrations and protests by thousands a week after the 25-year-old suffered a spinal cord injury in police custody, #FreddieGray failed to feature. This could be because the algorithm which decides what constitutes a “trending topic” relies less on volume of tweets and more on velocity–how rapidly a topic is accelerating–analyst Gilad Lotan wrote on his blog. By that metric, #FreddieGray just didn’t take off fast enough to gain traction.

The hashtag never matched the intensity of, say, the #Ferguson hashtag which exploded nationwide in the wake of the grand jury decision following the shooting of Michael Brown (see Twitter’s graphic below). An analysis by Lotan shows where #FreddieGray did make trending topics list–mostly in Baltimore. For Lotan, it was reminiscent of how #OccupyWallStreet failed to make the trending topics list, even at the peak of the movement. In 2011, Lotan studied #OccupyWallStreet’s trend patterns and found that the longer a term stays on the trending topic list, the higher the velocity of tweets that is needed to keep it on the list. The algorithm does have its merits–it’s largely the reason Justin Bieber isn’t trending everywhere, all the time. 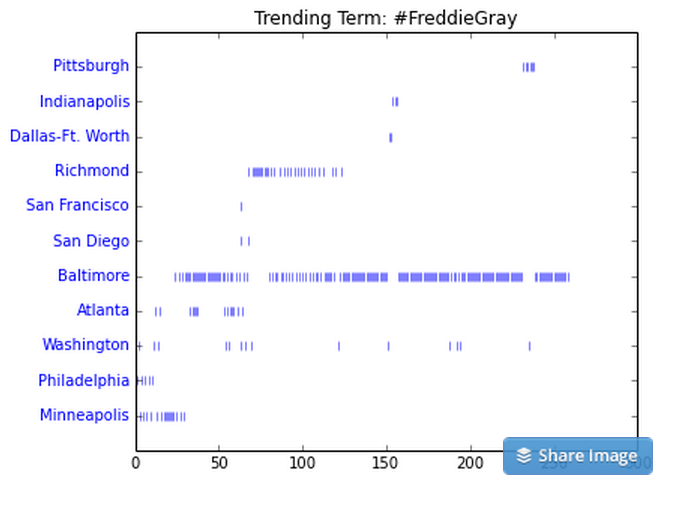