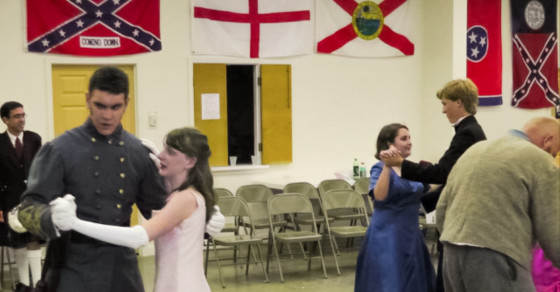 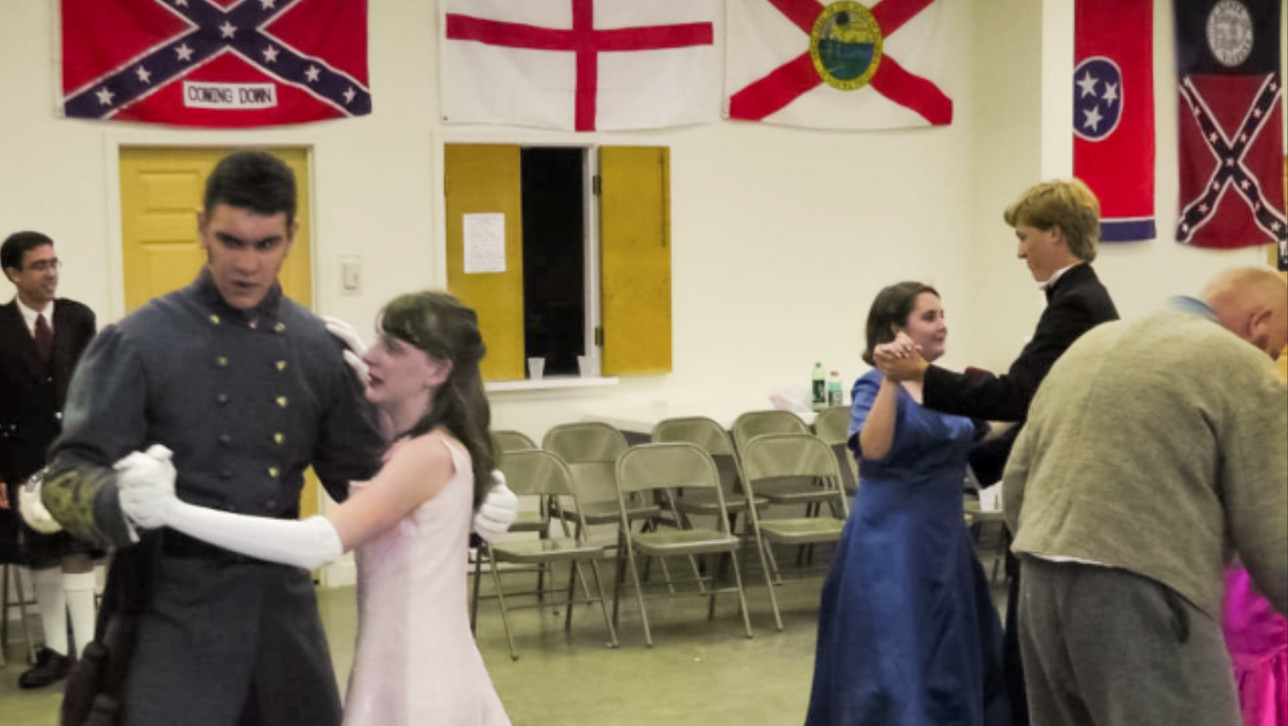 With calls mounting for the Confederate flag to be removed from government buildings in South Carolina, some kids are getting ready to attend a Confederate youth camp run by an organization with ties to hate groups like the Ku Klux Klan.

The Sons of Confederate Veterans holds an annual summer camp that it bills as a place for young people to learn the “truth” about Southern history. That, according to the group, includes abandoning “the liberal, politically correct view of history” through “thoughtful instruction” on “our Southern history and culture.”

“Our kids aren’t getting taught this stuff in the schools,” said Phil Walters, who helps organize the group’s Sam Davis Youth Camp. “Great American heroes like Jefferson Davis and General Robert Lee…our kids are not gonna be told that these people are evil, hate-mongering slave-holders and not have us do something to correct it.”

Hundreds of teenagers from across the South attend Confederate camps in several states, including Texas and South Carolina, where 21-year-old, Confederate-sympathizing Dylann Roof allegedly murdered nine African-Americans in a historic Black church last week after spending an hour with his victims studying the bible. Former SCV Commander Johnnie Holley, who has volunteered at Sam Davis camps, says the youth camp is used as a recruitment tool for the organization.

“Probably one of the largest…problem[s] that all of these heritage organizations….[have] is the age of the membership,” he says. “In the schools today, the war is not taught properly, our children are dying for information about their ancestry and their heritage. If we don’t bring our young people into our organizations, then the organizations will eventually die.”

On the surface, the Sam Davis Youth Camp seems like a normal summer camp—there’s archery, swimming, boating and fishing. But in between the outdoor activities—and daily “cannon salutes” to fallen Confederate soldiers—campers attend classes on the “true” history of the Civil War (SCV members refer to the Civil War as the “War of Southern Independence”). According to the SCV, the Civil War had nothing to do with slavery, and President Abraham Lincoln was one of the most racist leaders of his era. Walters says his group is not against African-Americans, and any links between the Confederacy and racism are a product of the National Association for the Advancement of Colored People’s declaration of “war on everything Confederate.”

“When you get down to it, this is a small group of people–the NAACP—who say that everything in the South is evil and that it needs to be erased,” he says.

The Confederate camps have been around since the mid-2000s. They typically get about a hundred campers a year, between the ages of 12 and 18. Sessions are a week long, and cost $500. Every year, the SCV gauges interest around the South and then rents out a campground or other outdoor space in any states where there are enough campers. This year, there are camps in Virginia and Texas.

The SCV’s history with hate groups is complex. The group initially was founded after the Civil War for descendents of Confederate soldiers killed during the war. It was organized “to encourage the preservation of history, perpetuate the hallowed memories of brave men.” The group has not been labeled a hate group, but one of its highest-profile members—and a man who is also one of the chief organizers of the Sam Davis Youth Camp—has been on the Southern Poverty Law Center’s hate-radar for nearly 20 years.

Kirk Lyons serves on the SCV Long-Range Planning Committee, which oversees the Sam Davis Youth Camp. He’s also one of the camp’s biggest boosters. When he’s not raising money for Confederacy camp, Lyons is the top trial attorney for the Southern Legal Resource Center, a law firm he co-founded. He has defended members of the Ku Klux Klan and other hate groups—although, he says, he hasn’t defended those types of cases in several years. He admits, however, that he’s “said some extreme things” in the past that have caused organizations like the SPLC to wrongfully label him a hate-monger.

“They don’t tell you that my best friend of 17 years is H.K. Edgerton,” he says. Edgerton is an African-American SCV member and former NAACP chapter president, and serves on the board of Lyons’ Southern Legal Resource Center. “How many white supremacists do you know who have a black best friend.”

According to the SPLC, Lyons is a former member of the National Alliance, a neo-Nazi organization founded by William Pierce, the author of the Turner Diaries, a fictional blueprint for starting a race war and something of a bible for hate groups since it was published in 1978. Pages of Pierce’s novel were found in the getaway car driven by Oklahoma City bomber Timothy McVeigh in 1995. Lyons denies that he was ever a member of the Alliance, though Pierce has referenced him as such.

Lyons’ own words tend to echo the revolutionary themes in Pierce’s novel. In a speech in 2000 to American Friends of the British National Party, Lyons explained the sort of movement he was hoping to lead. “The civil rights movement I am trying to form seeks a revolution,” he said in the speech. “We seek nothing more than a return to a godly, stable, tradition-based society with no ‘Northernisms’ attached, a hierarchical society, a majority European-derived country.”

In 2003, an SCV internal email was uncovered in which Lyons argues that members of the KKK should be allowed into the organization. According to the SPLC, the discovery of the email “set off a struggle over the SCV [over whether to allow the organization to radicalize] that continues to this day, [and] that has led to the loss of thousands of members, and badly damaged the group’s reputation.”

Lyons denies he has any ties to hate groups and says his law firm has represented dozens of African-American clients. Several years ago, he says, police in his hometown of Asheville, North Carolina, asked him to intervene when members of the Ku Klux Klan planned to stage a rally in town. “I didn’t even know who to call,” he claims.

The camp’s director, Jack Marlar, says he was familiar with Lyons’ reputation as a racist when he first met him 15 years ago but “that’s not who he is.”

The SPLC maintains that Lyons’ organizations promote hate and that he still has ties to known extremist groups.

Despite Lyons’ murky history, Walters says the camp is open to all races and religions. According to Lyons, this year’s group of campers includes two African-Americans, three Hispanic children and several with Native American or Asian ancestry. That said, not a single African-American is seen in any photos or videos of the camp posted online.

Story has been updated with Kirk Lyons’ claim that while he, himself, has represented members of the KKK, his firm has not.