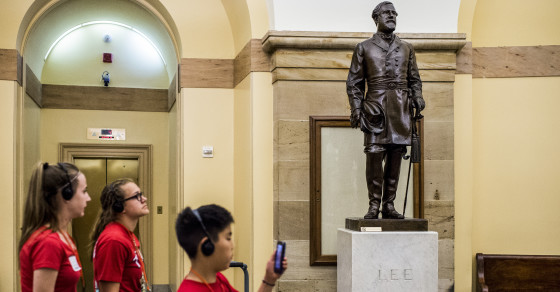 The Confederate Flag Is Only Part Of The Problem 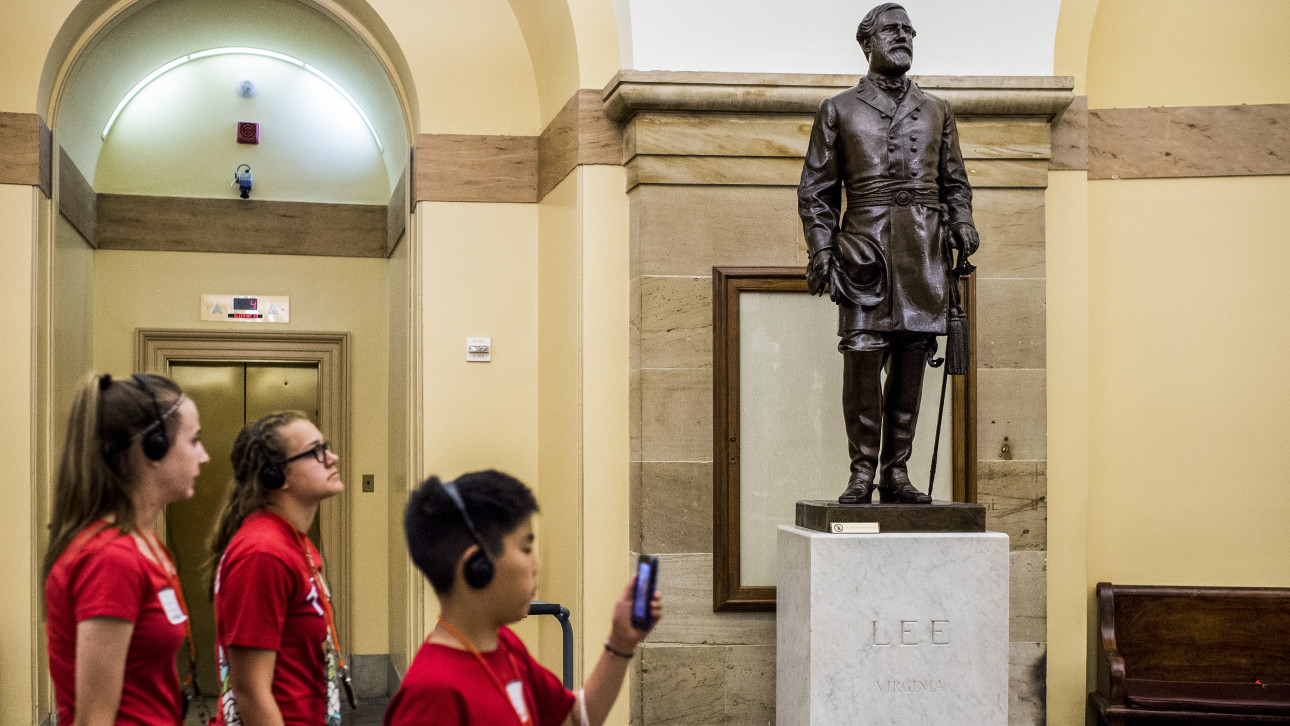 The Confederate battle flag that flies in front of South Carolina’s State House may soon be taken down. The flag on the grounds of Alabama’s Capitol already has been. Walmart, Amazon and several other major retailers have stopped selling Confederate-themed merchandise. Some companies that make Confederate flags have announced that they will no longer do so. But come September 8th, when school resumes in Hanover County, Virginia, hundreds of students who graduated a few months before from Stonewall Jackson Middle School will still begin classes at Lee-Davis High School, an institution named for two of the men who led the Confederacy.

From the moment they walk inside their schools, these students will be learning that people who took up arms against the United States in defense of slavery are worthy of veneration. And they will not be alone.

And these numbers almost certainly understate the true extent of the phenomenon. Because there is no complete list of schools named for Confederates in the U.S. only schools named after some of the best-known Confederates were included. There may be many more schools named for lesser-known Confederates that have been excluded. And Vocativ’s analysis, based on data from the National Center for Education Statistics, only counts schools that could be shown to be named for Confederates based on immediately accessible public information. Many schools in the U.S. are named, for example, Lee Elementary. If we could not conclusively determine that such a school was named specifically for General Robert E. Lee or for a place that was named for him, it was not included.

Still, by Vocativ’s count there are at least 78 schools named for Lee, including the aforementioned Lee-Davis. There are another 11 (on top of Lee-Davis) named for Confederate President Jefferson Davis, and 14 that honor Lieutenant General Stonewall Jackson. Two schools in Georgia are named for the county they are in, Stephens, which honors Confederate Vice President Alexander Stephens. In an infamous speech, Stephens said the “cornerstone” of the Confederate government “rests upon the great truth that the negro is not equal to the white man; that slavery subordination to the superior race is his natural and normal condition.” The list goes on.

Only last year, one school in Jacksonville, Florida, dropped the name of Nathan Bedford Forrest, a Confederate general who was also one of the first leaders of the Ku Klux Klan. The school opened as a whites-only facility in 1959, and was reportedly given Forrest’s name as a protest against the Supreme Court’s Brown v. Board of Education decision, which declared segregated schools unconstitutional. By the time the school changed its name, its student body was majority African-American. But there is still a Forrest School in Chapel Hill, Tennessee, his home town, that was explicitly named for him. Six other schools—two in Arkansas and four in Mississippi—also honor Forrest because the city or county in which they are located was named after the general.

Most but not all of these schools are scattered throughout the South, especially in the states that seceded from the Union. Some are in places like Oklahoma and Kentucky and Missouri. There is a school named for Lee as far north as Michigan. There are two in Southern California.

If the grappling with the legacy of the Confederacy that began after the Charleston church shooting is to continue, this part of it that will inevitably have to be addressed. Perhaps, as writer Ta-Nehisi Coates said of monuments to Confederates, these names should not be erased, because “The fact the white supremacists were lionized for so long is also history. “ But the message that these schools send on a daily basis to those who enter their halls must also be considered.

Even if a school named for Forrest teaches on a regular basis what kind of man he really was, can that—for white students learning about a million other things—possibly compete with the simple fact that his name is still above the door? And what about African-American students and faculty? What does this tell them about how they are thought of by the place which employs or educates them?

A friend recently recounted to me the story of an acquaintance who was the first black principal of an Alabama school named for Lee, who’d said that every day he had to look over his shoulder and see a memorial to a man who thought he never should have been free—and then go run a school.